Versatile Boks set to challenge every facet of Welsh ga... 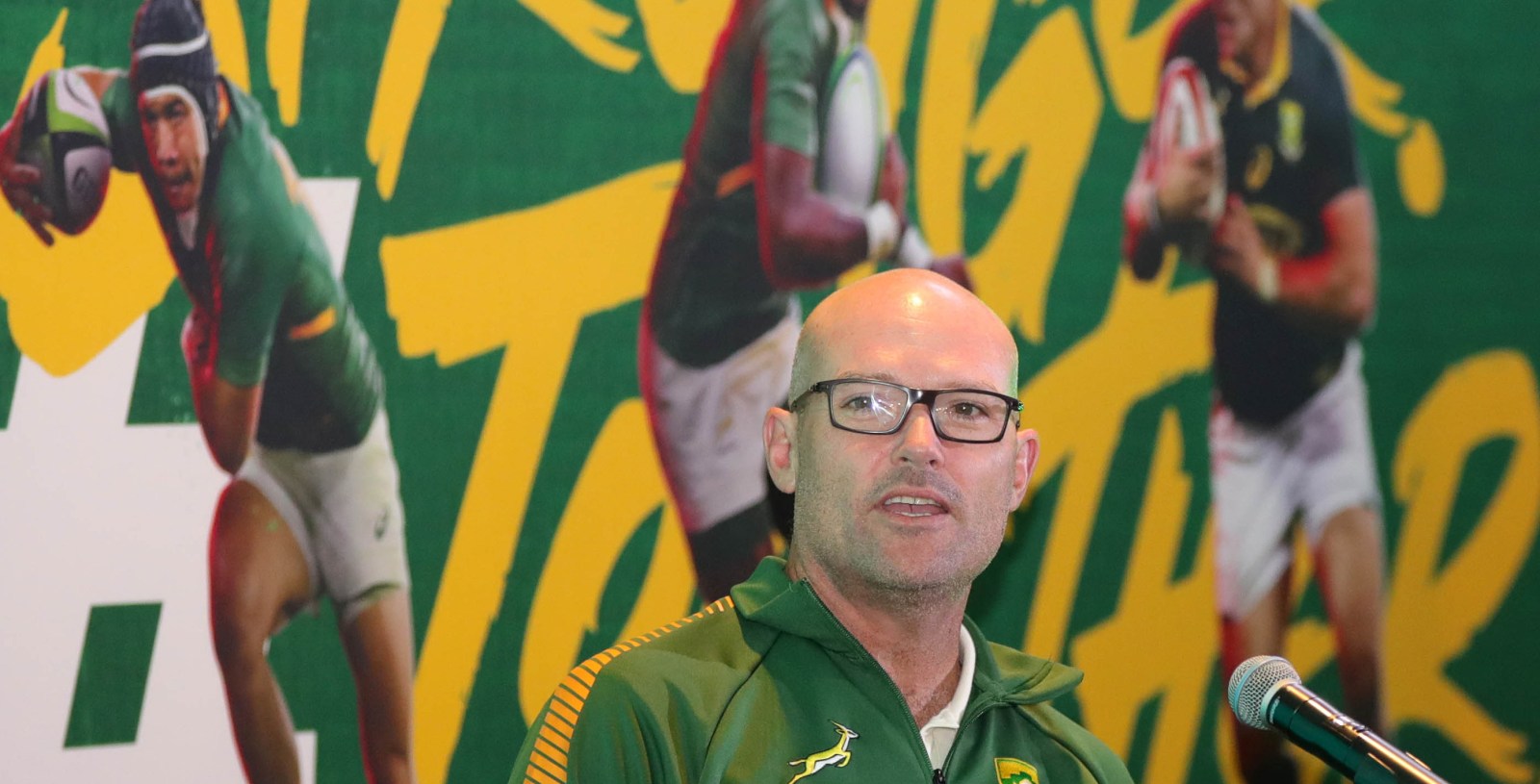 The word that best sums up the Springboks’ team to face Wales in the first of three Tests at Loftus Versfeld on Saturday, is “versatile”.

Coach Jacques Nienaber picked a team with a familiar spine and a range of strong, multiskilled players to start the three-Test series against a Welsh team determined to win their first Test in South Africa.

Damian Willemse, perhaps the most surprising selection as starting fullback, has spent most of the season playing inside centre for the Stormers. He is also a former Junior Springbok flyhalf.

Franco Mostert, a World Cup-winning lock, starts at blindside flank in place of the injured Pieter-Steph du Toit. He could be utilised in the second row later in the match, although Stormers lock Salmaan Moerat is set for his Test debut from the bench.

Elrigh Louw, the Bulls loose forward who is also primed for his debut from the bench, can play blindside flank or No 8. Starting No 8 Jasper Wiese is equally comfortable at No 7 while back-rower Kwagga Smith started life as an out-and-out openside flank and has been a successful No 8. He can play 7 too and as a former Blitzbok, could operate on the wing in an emergency.

Wing Cheslin Kolbe, who returns for the first time since the third Test against the British & Irish Lions last July, can slot into fullback and has played club rugby at flyhalf.

With Willie le Roux the only outside back on the bench, Willemse could be deployed at inside centre later in the match. Willemse’s educated boot also gives the Boks another kicking option and despite wearing No 15 on his back, it won’t be a surprise to see Willemse moving into the centre channel for tactical kicking purposes.

Nienaber has many options at his disposal.

“We have the added advantage of having several players that are quite versatile, so a guy like Damian Willemse, for example, can cover flyhalf and centre in addition to fullback, while Kwagga covers each of the loose-forward positions and can even slot in at wing with his Blitzbok experience,” Nienaber said.

“Franco (Mostert) also gives us options at loose forward and lock, so we look forward to seeing what this team can produce on Saturday.”

The six/two split on the bench emphasises that despite some subtle variations, the Boks won’t veer from the blueprint that has served them well.

Set-piece dominance is paramount and with a formidable set of forwards to come off the bench, Wales will be in a brutal physical contest from start to finish.

Jantjies’s selection comes after charges of malicious damage to property and contravention of the Aviation Act were provisionally dropped. The charges related to an incident in which he allegedly damaged property on an international Emirates Airline flight.

Read in Daily Maverick: “Pieter-Steph’s comeback will have to wait at least one more week”

With regular starting flyhalf Handre Pollard only arriving in South Africa on Sunday after playing in the French Top 14 final, Jantjies’s presence is vital for the Boks. This will be his 27th Test start in his 45th appearance. The last time he started the Boks beat Scotland 30-15 at Murrayfield in November 2021.

Nienaber was delighted to offer Moerat and Louw – both former Junior Springboks who have made a consistent impact for their respective franchises over the past few seasons – an opportunity to start on the replacements bench.

“We have a fantastic crop of young players who have really been working hard at training and putting up their hands, and it is pleasing for us as coaches to give Salmaan and Elrigh this opportunity,” said the Bok coach.

“Salmaan was with us on our tour to the UK last season, and despite being so young he brings a different sense of experience as a former Junior Springbok and SA Schools captain. Elrigh also featured in a World Rugby Under-20 Championship and has been playing senior provincial rugby for a while.

“We have a plan for the season in terms of giving some of the young players a chance to show what they can do at international level, while at the same time taking stock of the seasoned campaigners and where they are in terms of their rugby.

“Unfortunately, with such a big squad there will always be a few unlucky players, but it is a fine balancing act to ensure we win Tests, build squad depth and transform as a team in the way we play.

“This is a long season with the incoming series, the Rugby Championship, the year-end tour where we are also hoping to play a few SA ‘A’ games, while we are also looking further ahead to next year’s Rugby World Cup.”