The rise of xenophobic attacks is sending South Africa...

The rise of xenophobia is South Africa’s road to ruin 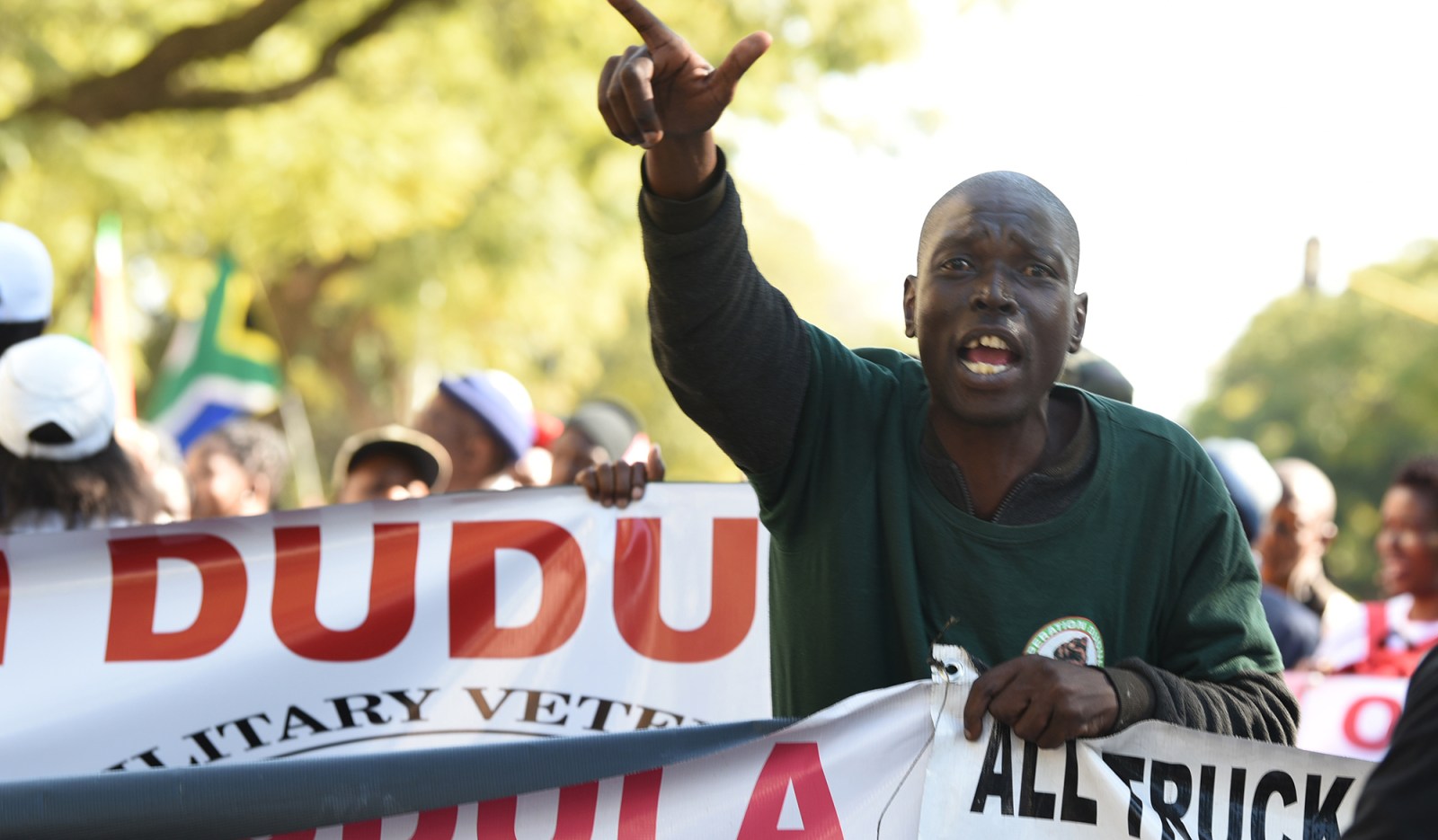 Operation Dudula picket at the engagement with the freight, logistics and trucking industry at the Department of Transport Offices on 19 June 2022 in Pretoria, South Africa. (Photo: Gallo Images / Frennie Shivambu)

The state needs to act urgently to address the increase in xenophobic groups across the country.

A week after members of Operation Dudula allegedly threatened to burn it down, the iconic Yeoville market in Johannesburg was set on fire in the early hours of 20 June. Most traders who rent stalls there are migrants from other African countries.

The South African Human Rights Commission confirmed that it would look into grievances of the foreign nationals who lost their livelihoods as a result of the fire.

Since late 2021, attacks on foreign nationals in South Africa in areas such as Alexandra and Diepsloot have increased. These attacks could be the precursor of more widespread violence across the country if community vigilante groups are not reined in by law enforcement.

In South Africa, the most violent and fatal manifestations of this targeted violence occurred in 2008 and 2015. These groups are motivated by persistent xenophobic beliefs stemming from myths and misconceptions about foreign nationals, particularly from within Africa and South Asia.

‘Hotspot’ areas for this targeted violence are in densely populated urban areas across the country but predominantly in Gauteng and KwaZulu-Natal. However, recent events appear more organised with these groups adopting names, branding, merchandising and developing leadership structures. Some examples include Operation Dudula, the #PutSouthAfricaFirst Movement and the Alexandra Dudula Movement.

These organised groups are spreading nationally, with Operation Dudula, for example, establishing local branches across the country. Having started in Gauteng, it has already launched branches in KwaZulu-Natal, North West, the Western Cape and Limpopo.

While publicly denying it, these groups are increasingly using violence to target those they perceive to be ‘undocumented’ foreign nationals from their homes and businesses.

Police have warned such groups against lawlessness and criminality, but appear slow to ensure that perpetrators of xenophobic-inspired attacks are arrested and successfully prosecuted. Rather, the police have been rather quick to target foreign nationals when locals have demanded such action.

This along with the xenophobic statements from Home Affairs Minister Aaron Motsoaledi, deployed by the governing African National Congress, contribute to the escalation of tensions and proliferation of support for these groups. Motsoaledi said foreign nationals were abusing the country’s hospitality.

Severe dysfunction of the Home Affairs department and deteriorating law enforcement and capability have contributed to high crime levels and low trust in the police. The Human Sciences Research Council South African Social Attitudes Survey shows public trust in police has declined from 34% in 2020 to 27% in 2021 nationally, and stands at a particularly low level of 19% in Gauteng. This fuels local-level vigilante groups, some of whom have taken to the scapegoating of migrants.

While community-level involvement is key to effective crime prevention, the line is crossed when individuals take the law into their own hands. The ISS Crime Hub Protest and Violence Monitor closely monitors crowd action across South Africa including protests, political violence, xenophobic attacks and vigilantism.

Xenophobic-inspired groups are often captured by mainstream media and on social media participating in unlawful activities and criminality through acts of trespassing and intimidation, which often escalate to assault and death.

The irony of these groups is that they contribute to declining public safety levels. Already-stretched policing resources have to be reallocated from crime prevention duties to public order policing. Moreover, the police targeting of foreign migrants, a vast majority whose only crime is not having the correct documentation, is a further waste of their resources. This while instances of serious violent crimes such as murder and armed robbery escalate.

Kopanang Africa Against Xenophobia, a coalition of civil societies, has been vocal about the increase in violence against migrants. Members of Kopanang Africa have called on President Cyril Ramaphosa to lead government on actively denouncing discrimination and xenophobic acts.

The Department of Justice and Constitutional Development has been engaging with various sectors to address anti-immigrant sentiments at a community level. This is part of its efforts to implement the National Action Plan to combat Racism, Racial Discrimination, Xenophobia and Related Intolerance.

It is necessary for meaningful community engagement that prioritises action in socio-economically distressed communities. The steep increase in the cost of living met by high unemployment rates creates difficult living conditions for most people in South Africa. These issues cannot be resolved by targeting people born in other countries who make up around 6.5% of the South African population.

Rather, such action could trigger widespread violence and looting, making the situation worse for everyone. In the short term, coordinated and robust measures are needed, including fact-based communication campaigns aimed at dismantling the myths at the heart of xenophobic sentiment.

In the medium- to longer-term, it is crucial that socio-economic concerns in communities are addressed. This requires cooperation among government departments, the South African Police Service and municipal leadership, and that responds to community challenges and helps alleviate misplaced frustrations. A capable and responsive state is necessary to unlock the vast potential that is available from all people in South Africa, regardless of where they were born.

Apartheid and misguided nationalism have shown us that targeting people because of what they look like or where they were born is the road to ruin. Let’s not make the same mistakes again. DM

To explore the crime statistics of public violence, visit the ISS’s Crime and Justice Information Hub.

This research is funded by the Embassy of Finland, Open Society Foundations and the Hanns Seidel Foundation. The opinions and statements in this article do not necessarily reflect those of the HSF.