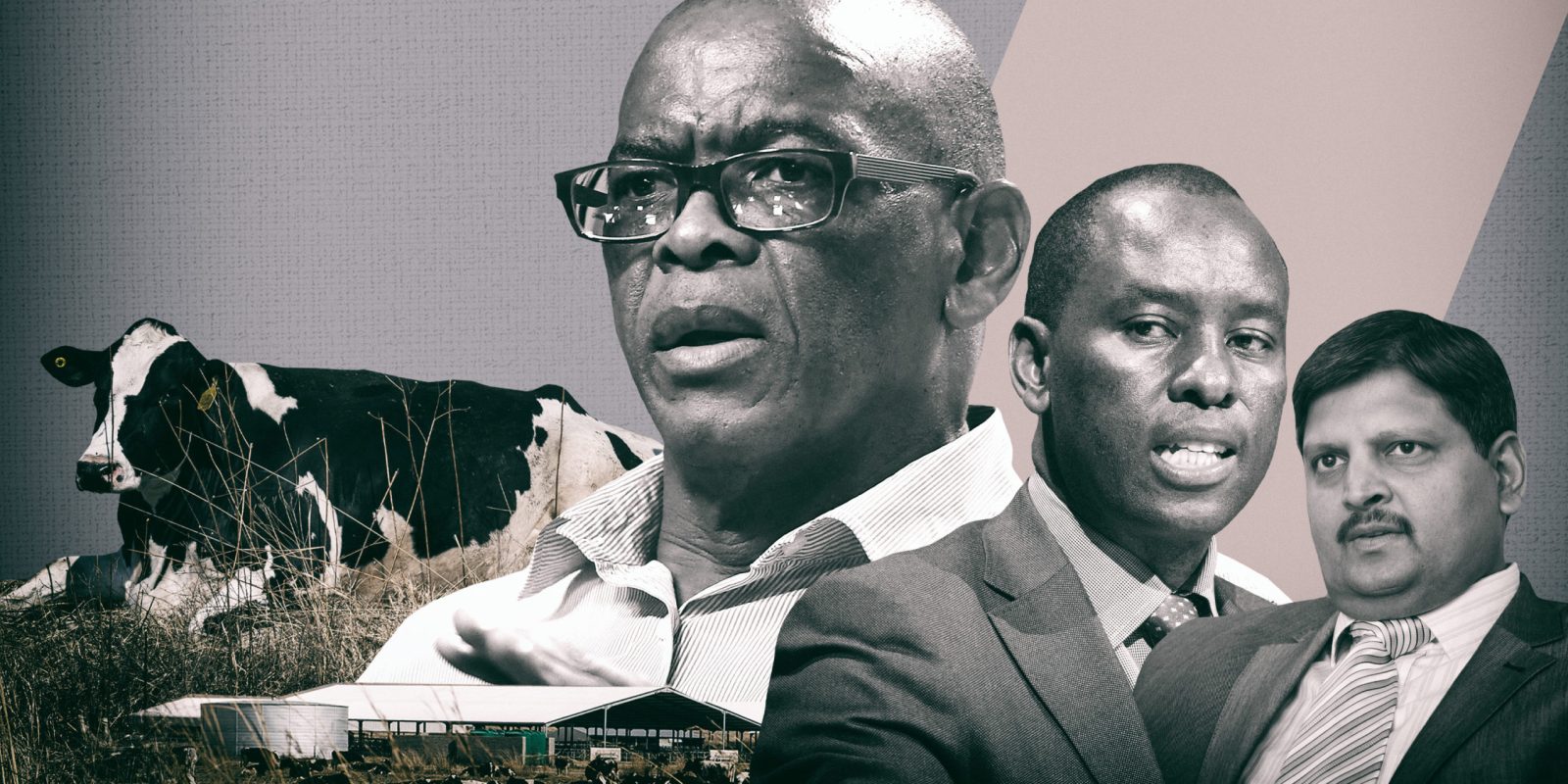 When Chief Justice Raymond Zondo turned to the Vrede Integrated Dairy Project in Part Six, Volume One of his report from the State Capture Commission of Inquiry, he made a passing mention of Nongqawuse, the Xhosa prophet who in 1856, during the British onslaught, said the dead would rise if people destroyed their crops and killed their cattle. The rewards never materialised and the destruction is believed to have aided the colonisers.

The Vrede Dairy Project was conceptualised by former Free State agriculture MEC Mosebenzi Zwane and the province’s former department of agriculture head, Peter Thabethe, to purportedly benefit small-scale black farmers, who Zondo said were “taken for a ride” as the province paid the Gupta family’s company Estina more than R280-million for nothing in return.

“[Beneficiaries] were duped Nongqawuse style and persuaded to sell their cattle on the basis that government would donate dairy cows to them, but that never happened,” wrote Zondo.

They were “plainly lied to by officials who promised the sky but did not give even a twinkle from its wide space. It was an Indian run project on African soil — run by people who did not speak English or any local language. Beneficiaries were merely mentioned, identified late and were truly never involved or properly informed about the project.”

Zondo’s report makes clear that local Vrede farmers and black economic empowerment were used as a veneer to loot, in a similar fashion to the R1-billion Free State housing project and R255-million asbestos removal project, with many of the same protagonists playing key roles in each story of malfeasance.

“The whole Vrede Dairy Project happened because Mr Thabethe dismally failed to do his job and failed to protect the interests of the [department of agriculture and rural development] and to protect taxpayers’ money. It also happened because Mr Mosebenzi Zwane as MEC was pursuing the agenda of the Guptas and did not do his job to perform oversight over Mr Thabethe. It also happened because the Premier of the Province Mr Ace Magashule, would have also been pursuing the agenda of the Guptas,” read Zondo’s report.

Zwane allegedly acted on behalf of the Guptas in multiple roles in the Free State. At the national level, as minister of mineral resources, he is accused of strong-arming Glencore to sell Optimum Coal to the family’s company Tegeta before it scored a plum deal from Eskom.

The Guptas benefited from multiple deals during suspended ANC Secretary-General Ace Magashule’s time as Free State premier. Zondo cited evidence from former Free State MEC Mxolisi Dukwana, who gave evidence on Magashule’s close relationship, and business interests through his son, with the family. According to Dukwana, Magashule once gave his identity document to Tony Gupta to help facilitate business deals.

Estina had R16 in its bank account before the Free State department of agriculture and rural development gave it a R30-million prepayment for the Vrede project in June 2012. The prepayment was arranged by Zwane. At the time, Estina had just one director, Kamal Vasram, a sales manager at the Gupta family’s Sahara Computers.

Estina ‘had no experience in farming’

“The company had no experience whatsoever in farming, never mind milk farming, or the crucial milk processing prior to its appointment. The core business of the company on the date of its appointment was still slated as ‘business consultant’,” said Zondo.

Thabethe signed the contract with Estina without having opened the project up to competitive bidding and having done no due diligence, violating multiple regulations in the Public Finance Management Act (PFMA).

The lack of experience showed. Dairy cows started dying and the way Estina disposed of the carcasses was environmentally hazardous. The contract with Estina was cancelled in 2014 after questions were raised, but the Free State government continued to pay the company until 2016, with Thabethe claiming the company had met key performance targets.

“The people appointed to manage the [Vrede Dairy Project] farm did not seem to know what they were doing. They seem to learn as they were doing, a method which cost the government a lot of money,” read Zondo’s report.

Thabethe ‘must be held criminally and civilly liable’

“The Vrede Dairy Project failed in its first two years of operation not because of the media enquiries or the National Treasury investigation as suggested by Mr Thabethe, but because of Mr Thabethe’s incompetence or because he was carrying out the agenda of the Guptas and cared less about the taxpayers’ money and the black farmers. Apart from anything else, Mr Thabethe must be held both criminally and civilly liable for his role in causing the Department to lose so many millions of Rands in taxpayers’ money.”

Thabethe has been criminally charged, along with a number of other officials, with regard to the Vrede saga and is out on bail. Zwane and Magashule haven’t been charged.

Zondo recommended law enforcement agencies investigate whether they “contravened any law in the roles they played in regard to the Vrede Project if this has not already been done” and whether civil proceedings can be launched against the pair to recoup the funds spent on the project.

Zondo particularly emphasised the plight of the supposed intended beneficiaries for the Vrede project.

“Funds were pumped into Estina — not the Agri-BEE or special purpose vehicle. The exclusion of beneficiaries is a strange phenomenon because the project would have been set up to benefit them in the first place. They ought to have been identified, registered and even employed in the project from the onset. The project was supposed to have been theirs.”

Free State officials only started trying to register black farmers who could benefit from the project in late 2013, more than a year after it started, following national scrutiny. Even then, the farmers were never included, were denied access to the project and weren’t employed as promised. The agreement with beneficiaries was a sham from the start, with only one person signing the deal, which didn’t establish a structure for their proper inclusion.

When local black farmers who were meant to be part of the deal complained, they were intimidated and attacked, even apparently killed.

“A culture of fear, impunity and lack of accountability emerged as critics were shouted at, victimised, threatened with death. Some were even mysteriously killed after threats of death were issued against others. The would-have-been beneficiaries, members of legislature, politicians, businessmen and investigators were not spared,” said Zondo.

He described how ANC members of the provincial legislature allegedly rallied to shut down any attempts to investigate Estina and hold officials accountable: “The allegations, if true, point to an atmosphere which will nurture and protect State Capture.” DM