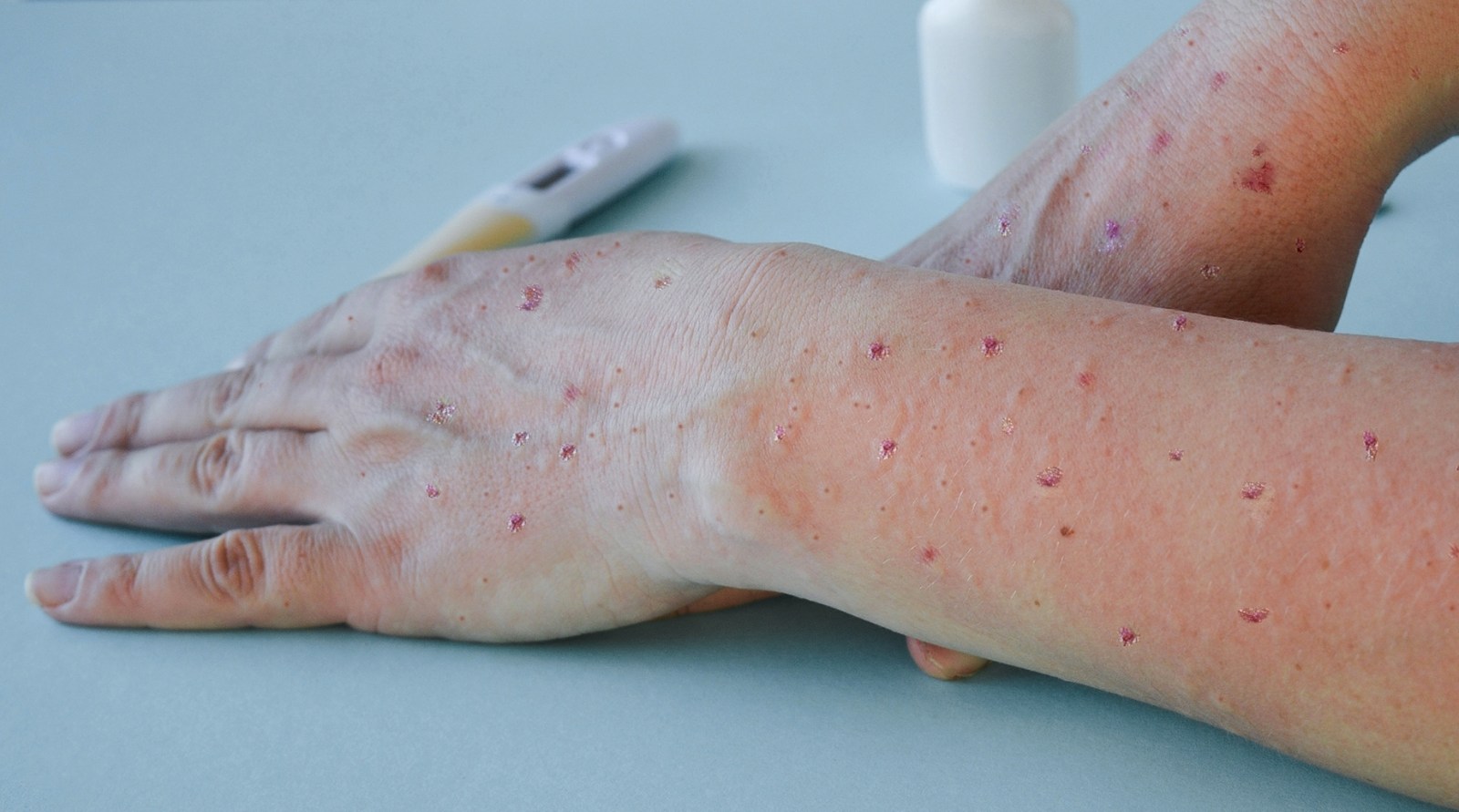 The National Institute for Communicable Diseases held a virtual media briefing on monkeypox and the repealing of masks on Thursday, 23 June 2022. (Photo: iStock)

The National Institute for Communicable Diseases confirmed that contact tracing is being carried out for the first case of monkeypox identified in South Africa. The disease is considered mild and tends to move slowly within a population. Large-scale vaccination is not currently viewed as necessary.

Contact tracing based on the first case of monkeypox to be identified in South Africa is currently under way. The National Institute for Communicable Diseases (NICD) was notified of a potential case through its hotline on Monday, 20 June, said Nevashan Govender, the Emergency Operations Centre manager at the NICD.

On Wednesday, laboratory testing confirmed the case was monkeypox.

“Unfortunately, because there’s no travel history for this particular case, it means that the disease was acquired locally. So … the case-tracing process is under way,” said Dr Jacqueline Weyer, a principal senior medical scientist at the NICD.

“The idea is to identify the contact that the individual had, within the period of time that would make sense for when we expect them to have contracted the disease.”

Govender and Weyer were speaking on Thursday at a press briefing held by the NICD. Weyer emphasised that as monkeypox tends to move fairly slowly within a population, it should be possible for the NICD to identify those who have come into contact with the disease and the resultant chains of transmission.

The NICD was consulting the World Health Organization’s recommendations on the containment of the disease, and had already adopted the test-tracing and monitoring standard operating procedures, said Weyer. The NICD is using a classic containment approach, which entails:

“The idea is to identify cases that could be at risk of contracting the infection, and working to inform these individuals of the risks, and then working with them through what would be the incubation period of the infection,” explained Weyer.

“So, depending on when the person was infected, there is a three-week period through which they can be monitored to see if there’s any signs or symptoms of monkeypox developing. Beyond that time period, the risk [of contracting monkeypox] is then zero unless the person is exposed again.”

The monkeypox case identified by the NICD on Wednesday was the first time the disease had ever been detected in South Africa, said Weyer. Before the 2022 outbreak, most cases of the disease have been found in western and central Africa, where the natural animal host of the disease resides.

Monkeypox is a very mild infection, said Weyer. It may be uncomfortable and disconcerting, but it is not fatal. Cases typically resolve themselves without any specific interventions and hospitalisation is rarely required.

“Doctors might try to treat the symptoms — so, fever or pain or any discomfort that the patient might have — and they do that on a case-by-case basis,” said Weyer.

Read in Daily Maverick: What is monkeypox? A microbiologist explains what’s known about this smallpox cousin

Monkeypox is less transmissible than smallpox and viruses such as the flu or Covid-19. Close and prolonged contact is usually required to transmit the disease from one person to another, said Professor Adrian Puren, executive director of the NICD.

“That means, for example, face-to-face contact, where … droplets could be one form of transmission, as well as body contact. In other words, if there’s contact during the, for example, sexual act,” said Puren. It is also possible for the disease to be transmitted through linen or clothes.

A person with monkeypox can become contagious within three days of developing symptoms of the disease, he continued. They remain contagious until the rash caused by the disease heals completely. The rash can last for between two and four weeks.

Once a person contracts the disease, isolation is important.

Weyer emphasised that there is no evidence to suggest that physical or biological susceptibility to the disease differs between people.

“Our biology works the same way, and to the virus, it’s the same thing. So, there’s no selection in terms of the group that’s being affected,” she said.

An incidental situation that has developed during the early stage of this outbreak is that a large number of the individuals who have contracted the disease are men who have sex with men, said Weyer.

“In the context of their social structure, the people that they tend to be mingling with, people that they have very close contact with, will also be men that are having sex with men,” she said.

“We’re communicating what is being seen in the field; we’re trying to explain it by looking at the data and trying to make sense of that.”

In the investigation of an outbreak, there are always characteristics specific to that outbreak, said Puren, adding that the NICD strongly condemns any form of discrimination against any group due to statements taken out of context regarding the disease.

The best way to test for monkeypox is to test rash or lesion material from the skin, said Weyer. The NICD is working towards increasing the accessibility of testing.

“As with many outbreaks that we’ve dealt with before, as the need arises, there is excellent laboratory infrastructure in South Africa, and I think that was demonstrated really well during Covid-19,” said Weyer. “There’s capacity to expand testing if the need would be there to do so.”

There are vaccines available for monkeypox. Some of these were not developed specifically for the disease, but rather for smallpox. The two diseases are closely related, though smallpox was eradicated through mass vaccination around 1980.

“Individuals younger than the ages of 40 to 50 are thought to be not immune to smallpox, and the effectiveness of the [smallpox] vaccine against monkeypox is thought to be about 85%,” said Puren.

“So, I guess the concern has been that the fact that … we’ve not been continuing to vaccinate against smallpox, of course, [means] that there now is an immune gap.”

At this stage, however, there are no countries implementing mass or population-wide vaccination programmes for monkeypox, said Weyer. The cost-benefit weigh-up does not currently favour such an approach.

“Of course, as with everything, one keeps looking at the situation, and if the need arises to … employ vaccination, then, of course, one needs to make those decisions.” DM/MC