Corporal punishment is a euphemism for assault on child...

Corporal punishment is a euphemism for assault on children, argues social justice NGO 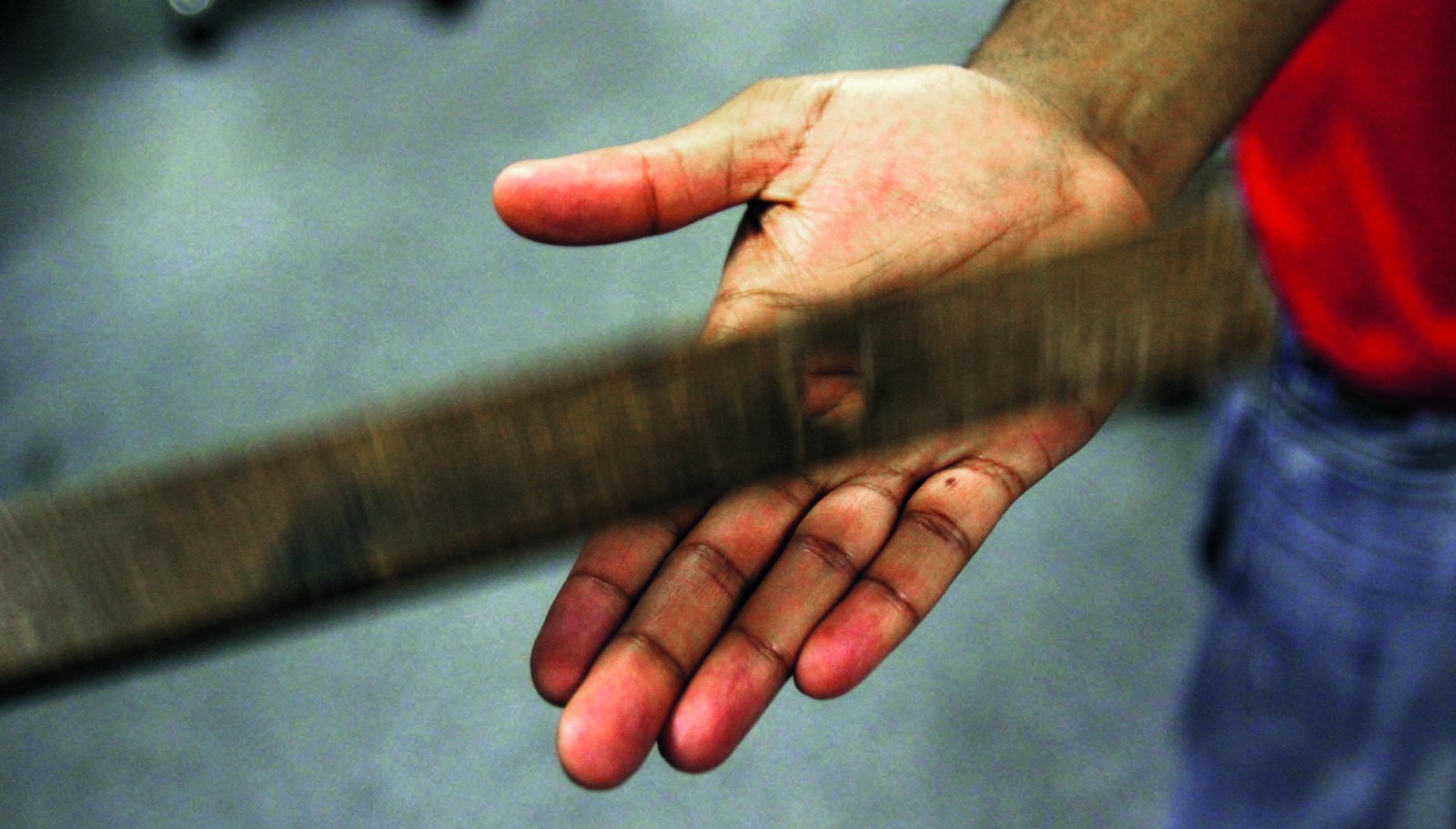 The South African Council for Educators has been taken to court for ‘shockingly lenient sanctions’ imposed on two teachers who beat learners bloody.

The civil society organisations SECTION27 and the Centre for Child Law (CCL), as amicus curiae on Tuesday, took the South African Council for Educators (Sace) to the Pretoria High Court, before Judge DS Fourie, following what they called “shockingly lenient sanctions” given to teachers Khutso Francinah Sathekge and Vangile Mirriam Mokoena, who were found guilty by Sace of assaulting two learners aged seven and 10 in 2015.

Mokoena beat a seven-year-old with a PVC pipe, causing a head injury. She is also said to have beaten another learner, leaving the child with a bloody nose. After assaulting the learners she threatened them and told them not to tell anyone of the assaults.

Sathekga was accused of slapping and beating a 10-year-old on the head with her hands, which led to the child’s ears bleeding.

After a hearing before Sace’s disciplinary committee, the teachers’ punishment was a suspended removal from the roll of educators and a fine. They were allowed to remain in the classroom and were not required to undergo rehabilitation and training.

According to section 10 of the Schools Act, corporal punishment is prohibited in schools and:

SECTION27’s legal counsel, advocate Chris McConnachie, argued that Sace’s reasons for the light sanctions were unclear. It should revise the sanctions in this case and review its mandatory sanctions policy to include correctional and rehabilitative options.

McConnachie pointed out that corporal punishment was rife in schools, despite it being illegal. Many children were still assaulted by teachers.

He said Sace did not merely commit a legal error, but also failed to take into consideration the rights of children in the matter, which he contended was paramount.

“Corporal punishment is a euphemism for assault against children,” said McConnachie.

Representing Sace, advocate Matthews Mojapelo told the court that Sace was committed to protecting the rights of children. That was one of the reasons it had not called the children involved to the witness stand, citing the possibility of “secondary victimisation”. Mojapelo maintained that the teachers in question had at the time received the maximum sentence.

Sace’s primary argument is that the teachers complied fully with the disciplinary processes of the body and that the case “should be dismissed because it was brought after a lapse of an unreasonable period and outside the 180 days under the circumstances”.

The Centre for Child Law argued that the measures in place to rehabilitate teachers found guilty of using corporal punishment in class were inadequate and that without taking the witness stand there were other ways in which the children’s “voices” could be heard.

Judgment in the matter has been reserved.

Assaulted with a PVC pipe

Maverick Citizen spoke to Maria Mmante Swele, whose son Tshepo (seven years old at the time) was assaulted by a teacher in class seven years ago. She is unemployed, but occasionally finds work as a domestic worker.

Her son was born with a cardiac defect which takes a financial toll on her — she has to save transport money to make monthly trips to Chris Hani Baragwanath hospital for his check-ups and his medication, the burden of which has increased since Tshepo was assaulted at Madume Primary School in Orange Farm.

Swele said her son told her that he and his classmate were sitting in class when learners became rowdy. His teacher pointed out Tshepo and a classmate as the culprits and allegedly hit them both on the head with a PVC pipe.

When the learners started bleeding through their noses, the teacher took them to a toilet to get cleaned up. Tshepo said the teacher threatened the two boys by holding a knife to their throats and warned them not to tell anyone about the incident.

Swele said that days later, after her son had been experiencing excruciating headaches, she took him to a hospital and that is when he told her of the assault.

She said doctors told her that Tshepo had an infection resulting from a wound in his head and they would need to operate, which they warned would be risky as it involved the brain. Her son was in the hospital for four to five days before being released.

“After my son told me what happened, I was so angry that I went to the school to find the teacher. When I found her I grabbed her, asked how she could dare do something like this to my son, especially knowing his cardiac condition.

“The teacher told me that she was stressed and had not known how to handle the situation. I told her I was going to report the incident at the police station and lay a charge against her.”

Swele said that she has been pursuing the case since, for reparations for what the teacher did to her child. Engagements with the principal and the school governing body did not yield anything, which she says is why she chose to go the legal route.

“My child is no longer the same, he now has to go to a special school because of the impact of the head injury from the teacher. He cannot read or even spell and write my name. He now also has to take additional medication.

“My child’s future has been stolen and the Department of Education must [compensate] me for that. He may not physically be dead but they have killed his future.

“I do not understand how the law can still allow her to teach other children. What if she does the same to another child? I just want justice for my child,” said Swele. DM/MC