Fifteen-year-old minor is one of 11 suspects in court f... 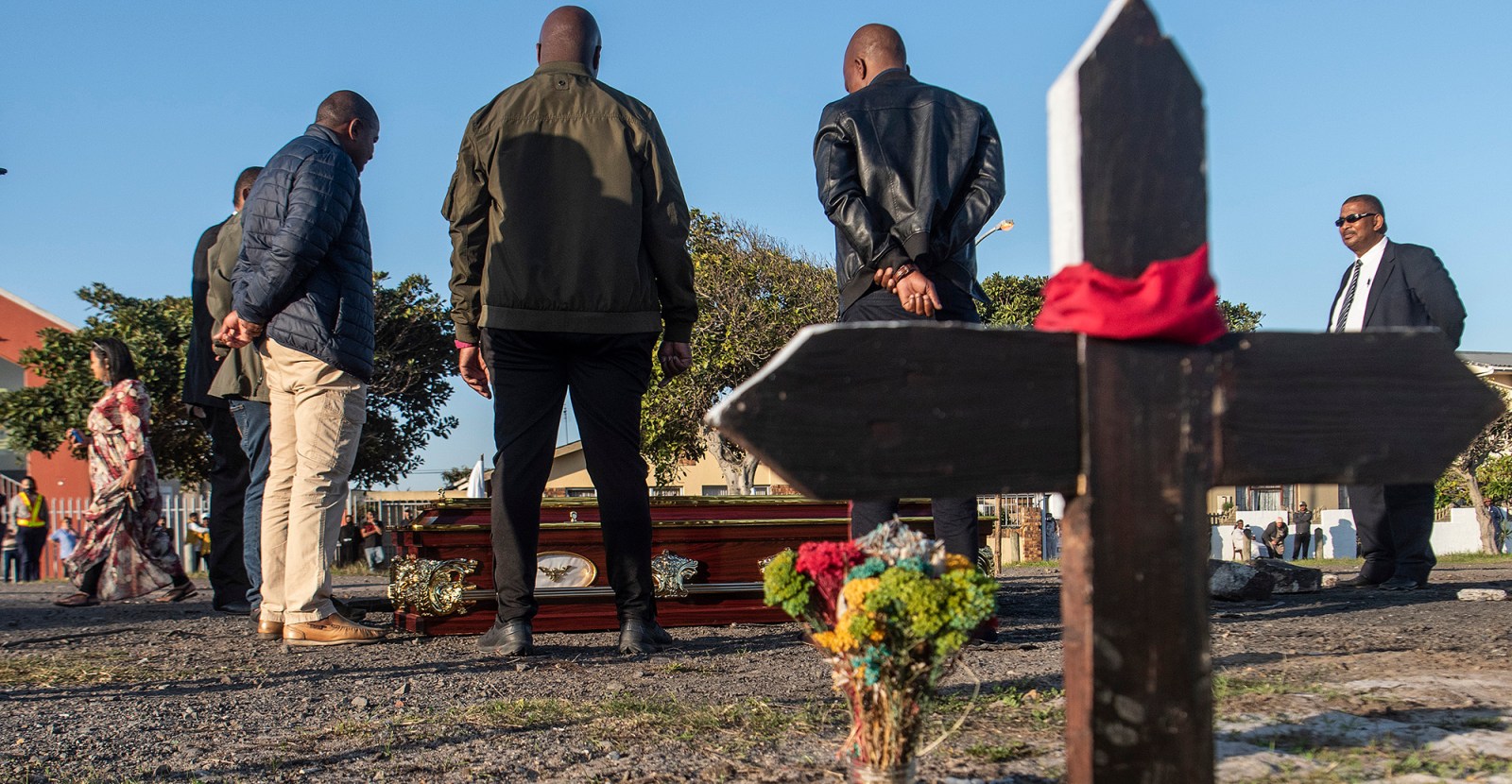 Elders from the family of Abongile Mafalala, an e-hailing taxi driver, performed a ceremony on 11 June 2022 at the scene in Parkwood next to the M5 highway where he was viciously murdered. (Photo: Brenton Geach)

Abongile Mafalala was stabbed, beaten with spades and set alight after fake news spread that he had kidnapped a child.

A 15-year-old minor is one of 11 suspects who have been arrested and charged in connection with the mob murder of 31-year-old e-hailing taxi driver Abongile Mafalala in Parkwood, Cape Town, earlier this month.

Inclement weather caused the cancellation of a planned protest by residents of Dunoon, where Mafalala lived, on Monday at the Wynberg Magistrates’ Court where the accused briefly appeared.

A video clip of the attack that went viral on social media on 2 June shows how Mafalala was stabbed, beaten with spades and then set alight by an angry mob. Mafalala was killed after fake news spread that he had kidnapped a child.

Eric Ntabazalila, the National Prosecuting Authority Western Cape spokesperson, confirmed that all the accused had been charged with the murder of Mafalala, robbery with aggravating circumstances and malicious damage to property.

“The minor has been released in the custody of his guardians. The matter was postponed until 23 June for an advocate from the Director of Public Prosecutions office to deal with the matter,” Ntabazalila said.

Mafalala’s elder brother, Gcinumzi, told Daily Maverick, “We, as a family, will never forget… My brother must have begged the mob not to kill him and was trying to explain himself. The video clip that went viral showed my brother being killed, then set alight and his corpse kicked.

“What kind of a person does this to another human being? This incident feels like we still living in the pains of apartheid.

“What we want to hear from the Parkwood community is, why did they murder my brother in this way? We also want to see some remorse from the community.”

Parkwood Pastor Charles Williams told Daily Maverick that as leaders they would meet with family members of Mafalala and elders of Dunoon so that they can start a healing process.

On Friday, 10 June, emotional scenes unfolded at the site where Mafalala was killed. His coffin was brought to the site by elders from the Dunoon community and members of his family.

Gcinumzi said: “The field where Abongile’s life ended is the place where his spirit left his body. Bringing his body back to that scene, we, as family members and elders, acknowledge what happened and bring peace to his soul. Now he can rest in peace.”

The 11 accused are back in the Wynberg Magistrates’ Court on Thursday, 23 June. DM