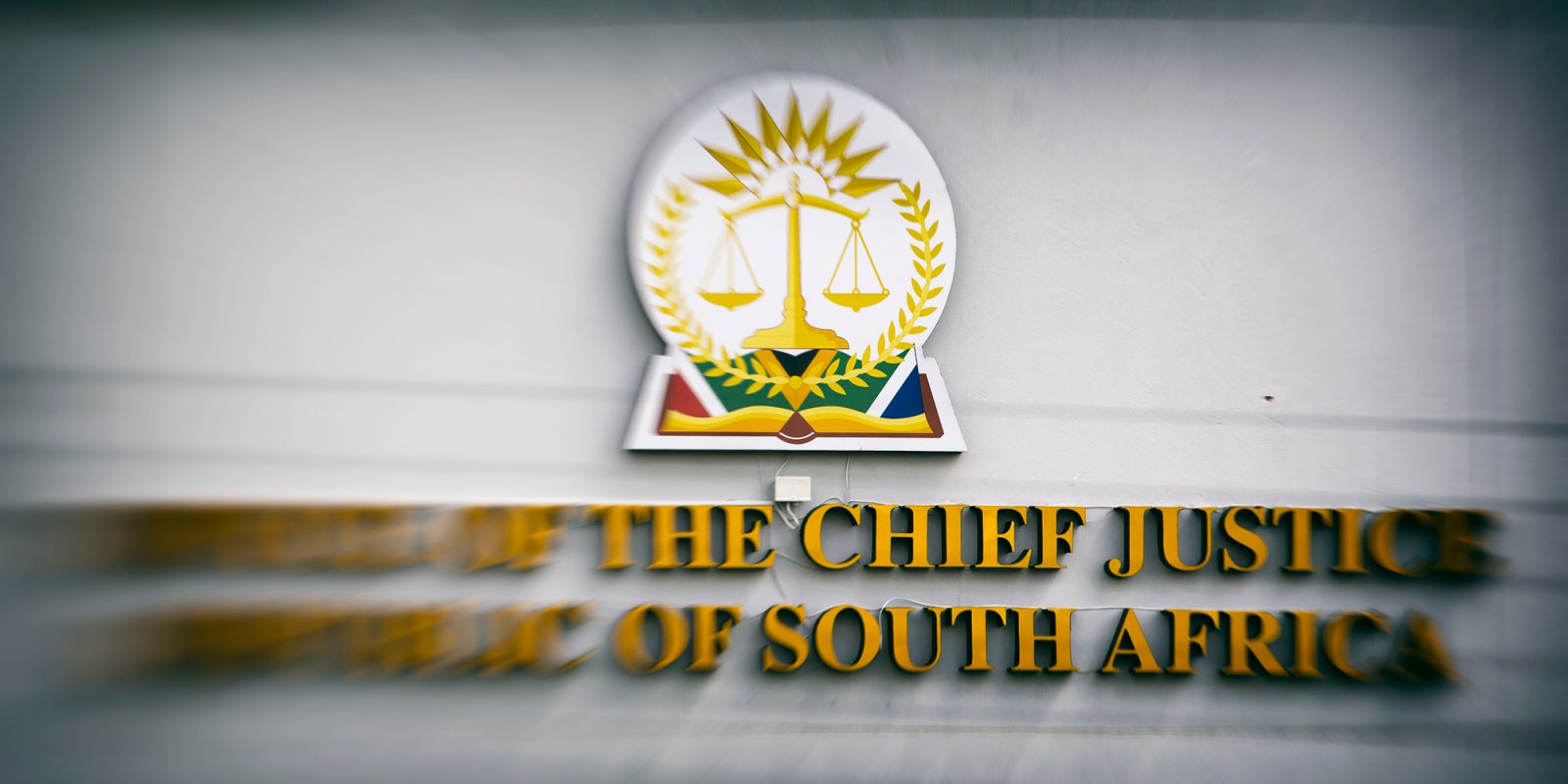 In the week he is to release the final edition of the State Capture Commission report, three top staff members of Chief Justice Raymond Zondo’s office have seemingly made themselves overnight millionaires in a Thomson Reuters court management contract that has the hallmarks of many of the corrupt deals the Chief Justice has been investigating. Thomson Reuters has put the contract on hold.

Thomson Reuters has put on hold a contract with three senior staff members of the Office of the Chief Justice (OCJ) who resigned on 31 May and started work on 1 June as shareholders of a multimillion-rand contract with the international media and services conglomerate.

“We are looking into this matter with utmost seriousness and have launched a formal investigation to understand the facts. During this investigation, all work with the subcontractor ZA Square [the company owned by the three former state employees] has been put on hold,” said Thomson Reuters spokesperson Dave Moran.

Thomson Reuters bought CaseLines, a cloud-based case management and court administration platform, in 2020. It has been successfully used in the UK and elsewhere to reduce court backlogs, digitise systems and allow online hearings. It was a boon for the judiciary in Gauteng, where a pilot was rolled out just ahead of Covid-19.

The Sunday Times reported that former CFO Casper Coetzee, Zondo’s spokesperson Nathi Mncube and case management director Yvonne van Niekerk left the Office of the Chief Justice on 31 May and set themselves up on 1 June as 30% shareholders, via ZA Square, of the CaseLines deal with Thomson Reuters in South Africa.

It is likely worth about R70-million, which would have made the three officials overnight millionaire shareholders when they started their new jobs on 1 June.

“The OCJ is currently gathering all relevant information relating to the matter and is taking legal advice… We can assure the public that the State funds relating to this matter are safe,” said Chief Justice Raymond Zondo’s office in a statement on Sunday, 12 June.

Zondo has a lot on his plate this week. He has to finalise an investigation into how information broker Ismail Abramjee inserted himself into the criminal justice system to pass on information about a Public Protector decision, allegedly from judges to prosecutors.

Then, the State Capture Commission of Inquiry’s final report is meant to drop on 15 June.

The section on the State Security Agency is likely to have at least contributed to the Phala Phala farm scandal now roasting President Cyril Ramaphosa. Details were made public by former spy boss Arthur Fraser, and have shaken the Presidency.

Fraser is smarting because he alleges he did not get to have his say before the commission’s proceedings. His application to cross-examine witnesses failed because he would not depose himself to an affidavit and, therefore, subject himself to scrutiny.

Now, three top staff of the Office of the Chief Justice have allegedly made themselves overnight millionaires in a deal that has the hallmarks of many of the corrupt deals Zondo probed for four years as chairperson of the State Capture Commission.

Moran told the newspaper that the contract for CaseLines was initially to be signed as a straight bilateral between it and the OCJ. But then the government told Thomson Reuters to add a 30% local contractor. It is unclear how it contracted with the three staffers who adjudicated its winning bid to modernise and digitise the documents that allow online court hearings.

“By current legislation, Thomson Reuters was required to provide a South African local subcontractor for the Professional Services portion of the larger contract,” said Moran.

Mncube told the Sunday Times he was not conflicted; Coetzee said there was no issue with him overseeing the bid adjudication committee of the OCJ and then later winning the deal with the Canada-based multinational.

Many of the biggest scandals exposed at the Zondo Commission have involved multinationals subcontracting with connected insiders.

Procurement rules were bypassed or ignored, and the same thing appears to have happened in this case. The multinational companies included McKinsey, which shoved aside its local partner Letsema to twin with the Gupta associate company Trillian and Regiments at Eskom.

Bain, China North Rail, China South Rail, the aviation company AAR, the cargo and apron aviation handler Swissport, SAP, and others all came short in the commission and other proceedings for aiding State Capture and corruption.

The CaseLines deal looks like it is taken from the same playbook, leaving the Office of the Chief Justice with a big problem.

“CaseLines plays a significant role in improving access to justice and reducing court backlog in South Africa. Our immediate priority is to conduct a thorough investigation into the matter,” said Moran.

Lawyers say that the CaseLines system works very well and enabled court proceedings to continue through the Covid-19 pandemic. Several judges, including Zondo, held up the pilot CaseLines project as one of the most significant achievements for the judiciary when they were being interviewed for new jobs before the Judicial Service Commission.

The judiciary piloted the plan in Gauteng, and this new contract is part of a necessary national roll-out.

Zondo will have to ensure an immediate investigation so that the system of modernising an often still-analogue court system is not delayed. But this may well mean another delay in the final State Capture Commission report coming out as planned on 15 June. DM