History and URC glory beckons for Stormers ahead of Uls... 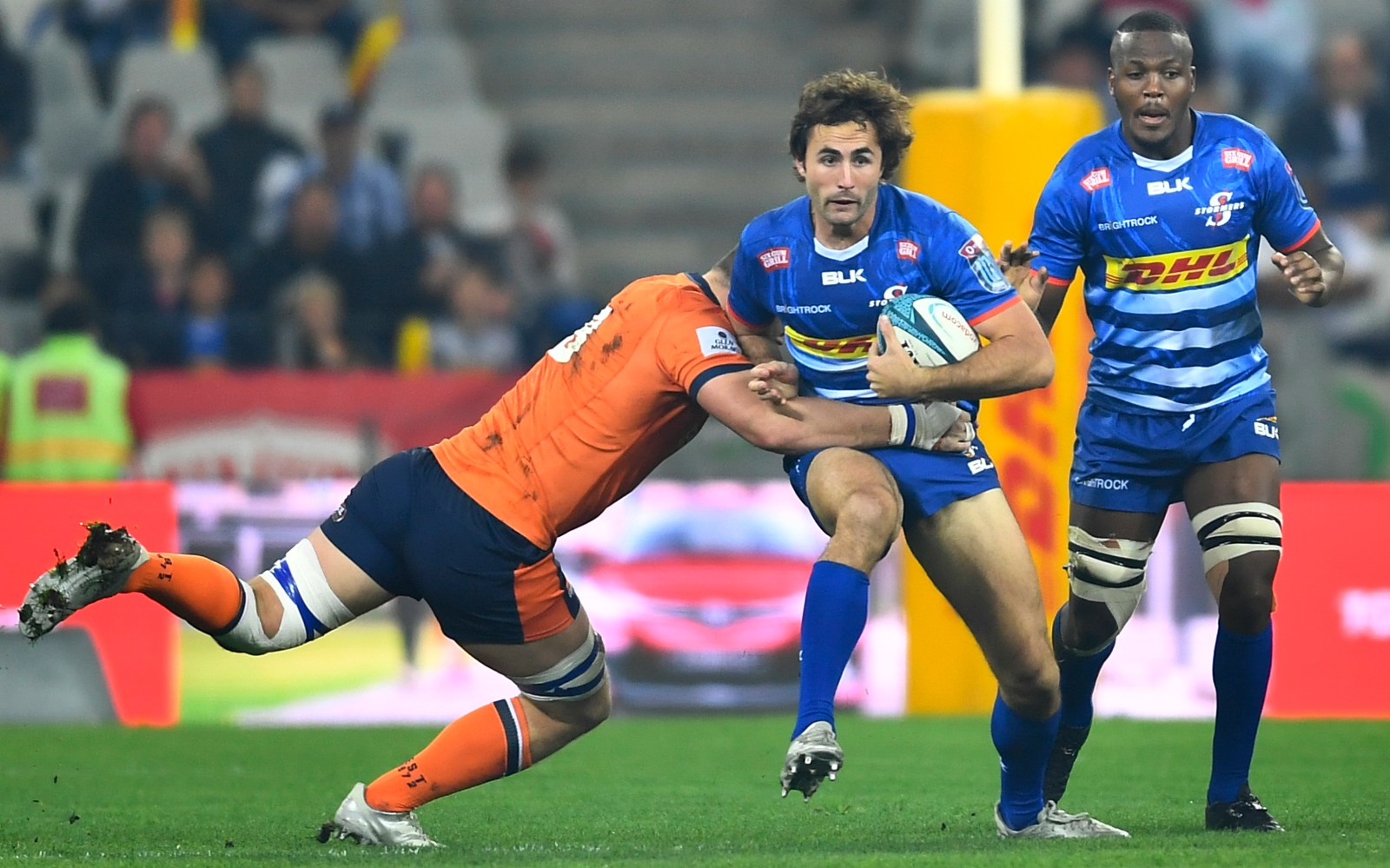 Rikus Pretorius of the Stormers during the United Rugby Championship match between DHL Stormers and Edinburgh at DHL Stadium on June 4, 2022 in Cape Town, South Africa. (Photo: Ashley Vlotman/Gallo Images)

The Stormers and Ulster will battle for a place in the inaugural United Rugby Championship final at the DHL Stadium on Saturday.

The Stormers could complete one of sport’s biggest feel-good stories by making the United Rugby Championship (URC) final if they beat Irish bruisers Ulster at the DHL Stadium in the semi-final on Saturday.

Seven months ago the Western Province Rugby Football Union (WPRFU) was placed in administration and was on the brink of financial collapse. This weekend the Stormers are among the elite of the European game.

But it could have gone in the other direction had it not been for intervention by the South African Rugby Union (Saru), the grit and determination of the players and the unflinching belief in Stormers and Western Province rugby by coach John Dobson.

If there is a person more steeped in the union’s history, it would be a surprise. Dobson has been the right man, at the right time because this is more than a job for him.

Years of disastrous leadership under president Zelt Marais had taken a once-proud union to the brink. Even Dobson’s loyalty and belief were tested as the union had a R500-million lawsuit pending and the added problem of title deeds to the 11 properties the WPRFU owned signed over to a property developer as security for a R112-million loan.

Saru had to step in and exercised clause 29.1 of its constitution to remove Marais and the rest of the WPRFU leadership in October 2021 and place an administrator in charge to steady the listing organisation.

It has been steadied under the administrator Rian Oberholzer, but the problems are not all behind them. The crucial sale of the development rights to Newlands remains the biggest issue to resolve because it is the basis of the lawsuit against WPRFU. Also, no equity partners will buy into the Stormers until the legal issues are fully resolved.

Before going into administration Marais drove away the New York-based consortium MVM Holdings, who subsequently bought a 51% stake in the Sharks.

It’s against this backdrop that several high-profile players, not unreasonably, chose to further their careers elsewhere.

Others such as promising lock JD Schickerling and flanks Jaco Coetzee and Cobus Wiese also departed in the past 18 months as things fell apart at boardroom level.

But Dobson has kept the team focused on rugby and when Oberholzer arrived, and the chain of command was clear after months of muddiness as leadership battles played out in the boardroom — the coach was freed to coach. And the results have been spectacular. The Stormers ended second on the URC log and are on a nine-match winning streak.

And, having come this far, the pressure is to now go all the way to the final to meet either Leinster or the Bulls.

Their cause was boosted this week when Bok utility back and Stormers inside centre Damian Willemse was cleared to play. It does appear that it has been a little cloak and dagger on the Stormers’ side over the extent of Willemse’s injury.

Dobson had earlier suggested Willemse wouldn’t make the semi-final but it appears the coach always knew that Willemse would be ready. Ulster have spent the week preparing for a different-looking Stormers backline and a slightly different challenge.

Besides his obvious handling, passing and running gifts, Willemse gives the Stormers a third tactical kicking option from inside centre. His selection will have the Ulster technical team pouring over video footage from earlier in the season at the last minute.

“Damian is a phenomenal player and credit must go to him and the medical staff for getting him ready for this game. He is a world-class performer who would make a difference to any team,” Dobson said, sticking to the; ‘it’s a miracle’ narrative.

Willemse has also been a general in defence and against Ulster’s potent centre combination of Stuart McCloskey and James Hume, the Bok’s presence will be a valuable asset. McCloskey is a 110kg, 1.95-metre behemoth who will test the Stormers in that channel.

“McCloskey is very good with momentum and getting over the advantage line and Hume is a good defence and attacking centre. He’s the hot thing at the moment,” Dobson conceded.

He will be hoping Willemse doesn’t break down early in the match. The 20-year-old Sacha Mngomezulu, who made an impressive debut in the 28-17 quarterfinal win over Edinburgh last week, retains his place in the bench for the semi-final.

Like Willemse, he covers several backline positions and offers variation later in the game, but it would be a big task for the youngster to be expected to corral the Ulster centres for most of the match if the worst-case scenario unfolds.

As always though, the Stormers pack will have to provide the foundation for its potent backline to fire on what is expected to be a warm, dry afternoon in the Mother City.

Ulster No 8 Duane Vermeulen makes a homecoming for the match. His wife and children still live in Cape Town. The Bok star will probably have time to go and watch his two sons play school rugby on Saturday morning for the first time in ages before taking on the Stormers.

Ulster were superb in beating Munster 36-17 in the quarterfinals but Vermeulen, who has been through some high-profile playoff games before, was not looking back.

“You can’t say last weekend’s game was our best game ever,” Vermeulen said. “You put that aside and work on the next team you’re facing, which are the Stormers this coming weekend. We’ll put all our focus on this game and the style they play, and prepare in a way we can play the best rugby on the day.

“I know the South African mentality and the way teams play. As a South African, when you go into big games like this, it’s a different kind of mentality. I tend to say a little bit more, but you don’t want to take the whole floor over.

“It’s a contribution and it’s a team sport, so everyone contributes to the whole cause. I must say it’s been great; today in training and in meetings, everyone had a fair share of input towards our game and how we want to play.

“When it comes down to quarterfinals, semi-finals and finals, simplicity is key. You don’t have to be extravagant; you just have to do the basics right. When you get the opportunity to score or get points on the board, you’ve got to take it.

“That’s a major thing and not giving away too many penalties is another. We were a bit short throughout the season with the way we played. We couldn’t really put on a full 80-minute performance in the latter part of the tournament.

“It felt like the guys are understanding we can’t just hang back and we have to keep pushing. Last weekend was a good example for us, but there’s another game against the Stormers that lies ahead. Hopefully, we can keep going.”

The game kicks off at 3pm. DM