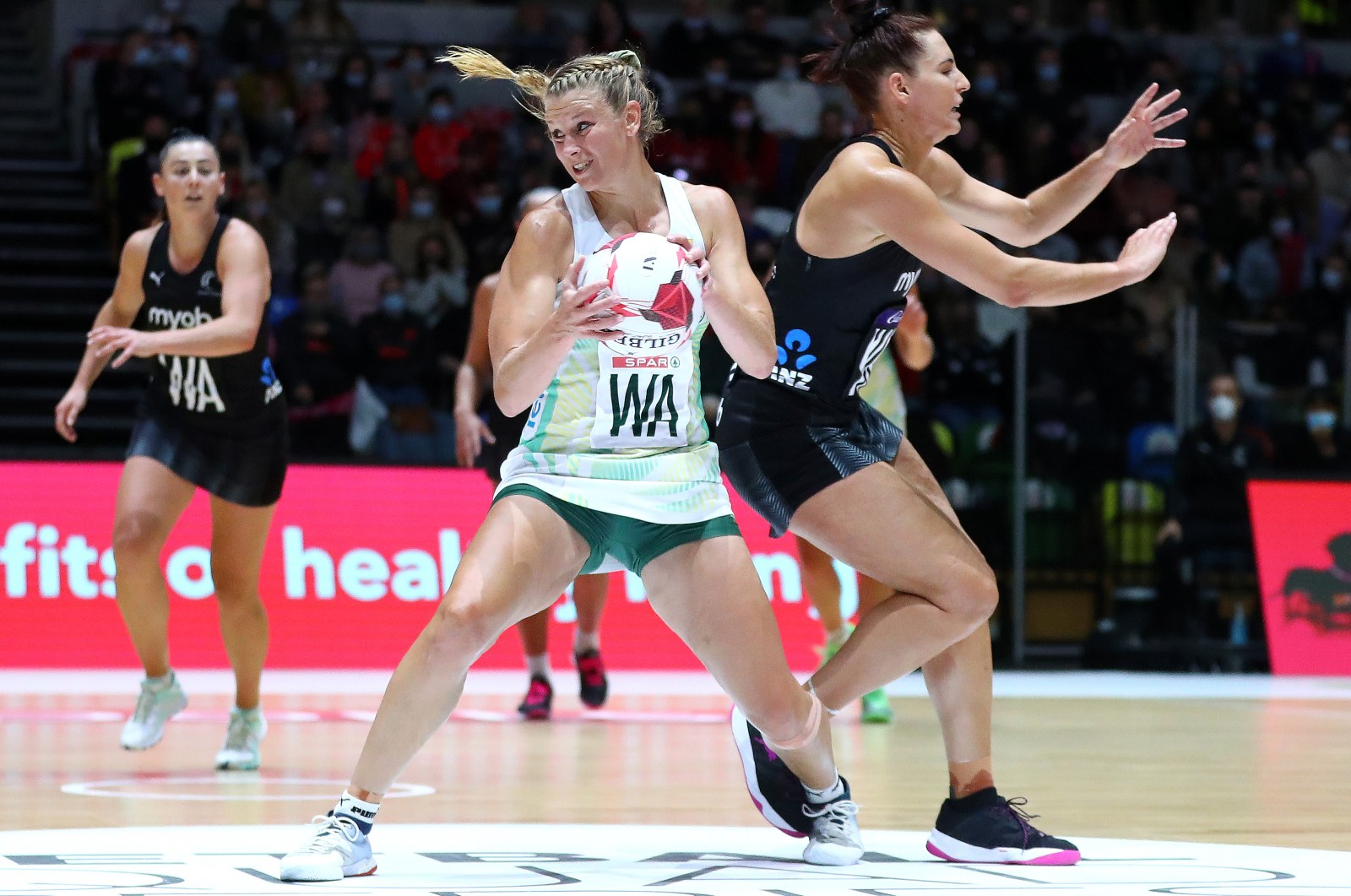 Izette Griesel of South Africa and Karin Burger of New Zealand battle for the ball during a Netball Quad Series match at the Copper Box Arena in London on 19 January 2022. (Photo: Chloe Knott / Getty Images for England Netball)

With the Netball World Cup in Cape Town in 2023, the sport has taken a giant leap forward.

Netball South Africa announced on Thursday that 24 players, as well as technical staff, have been handed professional contracts for the first time.

“It means the narratives have changed and we’re changing those narratives. It means netball will never be the same again, it means players will be there and do what they love most and get money for doing that,” said Netball SA president Cecilia Molokwane.

Seven of the 24 contracted players are playing overseas while the other 17 are playing locally in the ongoing Telkom Netball League.

“I think this is history in the making and historic. Since netball started, no player was contracted in Netball South Africa. It’s overwhelming and humbling at the same time to say we are changing the lives of these players and team management,” said Molokwane.

Players will be remunerated for their efforts on the court and any injuries suffered will be covered by Netball SA, ensuring a full recovery.

“It’s not always easy when you don’t see your players, but I think that’s the reason we do daily monitoring of our players, we give weekly feedback, making sure that they’re healthy, injury-free,” said Proteas head coach Dorette Badenhorst.

“The wellness of players is so important for me. That is what we’re actually now getting to, giving them [the] opportunity to have doctors, physios available; our sports scientists are giving them programmes every day, we’re looking at analysis.”

The coaching team will also be allowed more exclusive access to players through the contracting system.

“For me as a coach, it’s really great news knowing that I’m going to have my players more often, going to see them more on court,” said Badenhorst.

“I just think it’s great for the future of other players coming into the system to know that there’s support for these players and they can actually now focus on their goals and that is to win a podium finish at World Cup 2023.”

Molokwane maintained that despite the announcement of the recent contracts, there will still be opportunities for players without contracts to earn one through their on-court performances.

“The door is not closed on anyone; we are always looking at other players who should be contracted and it is therefore important that we give everyone a fair chance to be part of the team. Doing so will require us to create equal opportunities for everyone and that will mean making sure that we level the playing field by ensuring that everyone gets the right resources, infrastructure, and coaching,” said Molokwane

The awarding of contracts signals the start of netball’s long-awaited move to become professional in South Africa.

“We are very close. After you’ve contracted 24 [players], you see a light at the end of the tunnel. It means there will be more players being contracted. Maybe at the end of the day all TNL [Telkom Netball League] teams and management will be contracted, so it’s a move in the right direction,” said Molokwane.

“I think the standard of netball will just improve with this announcement, players will really want to be part of a group of contracted players.”

The Proteas have two busy years ahead of them and can now focus all their attention on excelling on the court.

“We are preparing well towards all the coming events, starting with the Commonwealth Games, going into the Quad series, Africa qualifiers and the World Cup,” said Molokwane.