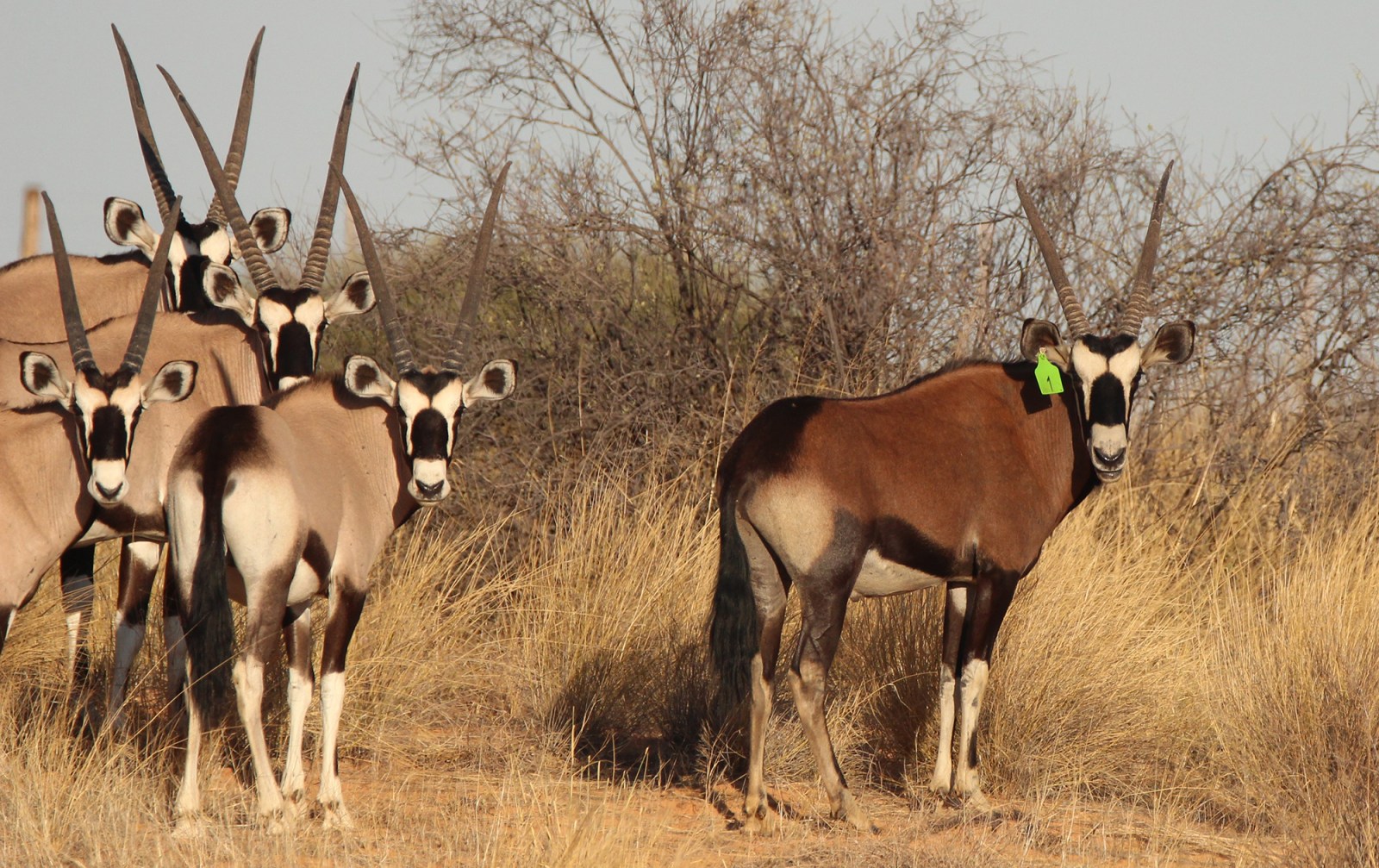 The red oryx (right) is a rare type of gemsbok that has been sought after for its scarce red dune-like colour. The oryx has attracted an international gaze as well as the eye of president Cyril Ramaphosa. (Photo: Supplied)

The criminal case opened by former spy boss Arthur Fraser against President Cyril Ramaphosa has put the spotlight on prices paid for prized game in South Africa, including a rare variation of gemsbok — the red oryx.

Originally found in the Kalahari region of the Northern Cape and in Namibia, the red oryx is a rare type of gemsbok much sought-after by breeders and hunters. Its colouring is rarely seen across the gemsbok species, attracting even the eye of President Cyril Ramaphosa.

The red oryx has been in the spotlight following news of a burglary at the President’s Phala Phala Wildlife game farm in Waterberg, Limpopo, in 2020. The burglary, exposed last week by former spy boss Arthur Fraser, is reportedly linked to the theft of about $4-million in cash from the farm.

Ramaphosa confirmed that there had been a burglary at his home “around 9 February 2020 in which proceeds from the sale of game were stolen”. He did not disclose the amount or details of the game that had been sold.

Sources say the cash is from a sale believed to have included red oryx.

The red oryx and common gemsbok are the same species, despite the dark-brown terracotta fur colour of the former and the shades of white on the latter.

In 2019, Phala Phala Wildlife put up four red oryx cows for auction, which were in calf to a “vigorous” bull named Dune, whose coat “resembles the red dunes of Namibia”.

The going price for an oryx is between R35,000 and R40,000, with the split breed — which carries about 50% of the red variation genes — fetching about R15,000, Jacques Kriek, marketing director at Kriek Wildlife Group, told Daily Maverick. His family has bred red oryx for seven years.

“[They are] more affordable now… overseas hunters also want to get some of these red oryx because they are a rare colour variation, even though they are really easy to breed and can’t get endangered because of the way they are bred,” he said.

Foreign hunters pay about R77,000 to kill aged red oryx that have lost their teeth and will probably starve to death with no predators around, as well as those that have completed their breeding cycle, Kriek explained.

Five to 10 aged bulls are available for hunting every year in South Africa.

“I suspect they will increase in price because a lot of people are wanting to hunt them, but there aren’t enough — you only hunt the old ones.”

Hunting attracts conservation fees which have helped to grow red oryx numbers. However, since 2016, improved conservation efforts have been one of the main contributors to the decline in game farm prices, which affect the price of red oryx.

“Many of the species’ value drops to the extent that you can’t farm profitably with them. But as long as something is valuable… if it pays it stays, and we’ll keep on farming with it and conserve it and have them for the future and kids to manage and farm sustainably,” says Kriek.

There are about 200 pure red oryx in South Africa, as greater conservation efforts help to maintain that number. DM/OBP