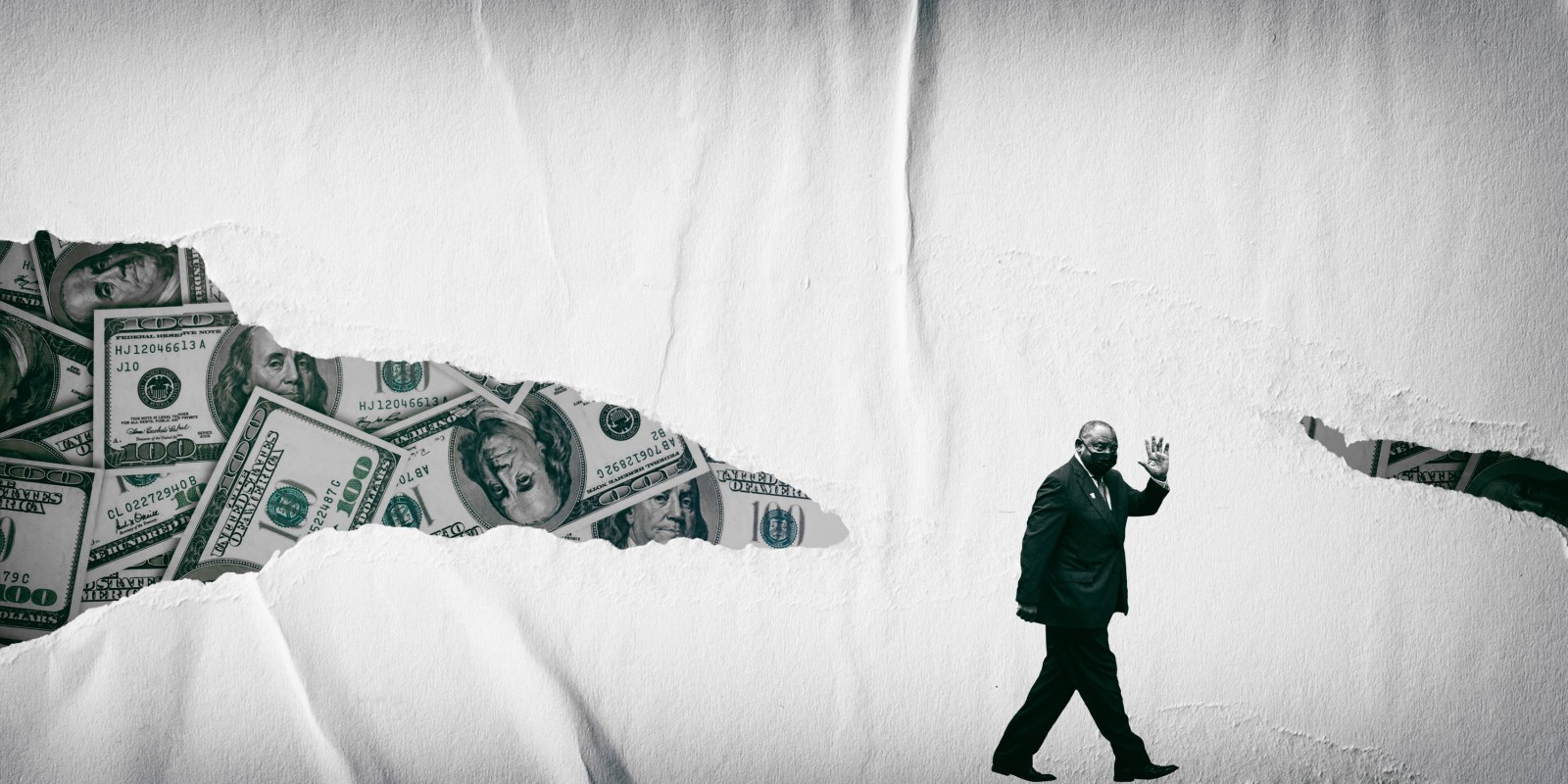 The Hawks have taken over the investigation of the multimillion-dollar burglary at President Cyril Ramaphosa’s Limpopo farm, as a damage control exercise gets under way. Meanwhile, Corruption Watch says the President should not be running a game farm as a business.

“The Directorate [for Priority Crime Investigation] has received a docket. At this stage, we are not in a position to say who is being investigated. Experienced investigators have been assigned in this case,” she said.

The Presidency confirmed to News24 that PPU head General Wally Rhoode had not opened a docket and registered a case number. Fraser’s affidavit alleged the PPU had used off-book methods of investigation, including engaging the services of a local farmer to help.

The PPU can investigate but has to register an inquiry or open a docket, according to police officers and analysts. The Hawks have taken over the case, suggesting that the shake-up of Ramaphosa’s Praetorian Guard, the PPU, is imminent as their methods have landed the President in a scandal.

The PPU, a subunit of the SAPS VIP Unit, is one of the few police divisions that received real increases this year while other parts of the police service suffered budget cuts, said Gareth Newham, the head of the ISS Justice and Violence Prevention Programme.

Until Fraser brought the complaints, Ramaphosa had stayed mum, the President said, not to create panic. But Fraser’s affidavit alleged numerous irregularities, while amaBhungane reported an elaborate cover-up involving Namibian criminals. Newham said VIP Unit members could investigate but generally did not, as their core function was to protect VIPs.

“If Arthur Fraser did not come forward with this, we would have been none the wiser,” said the Corruption Watch executive director Karam Singh, who said the incident had raised several red flags.

“The [biggest] red flag is that the President is actively involved in business,” said Singh.

The cash paid for a red oryx and other game was still on the farm at the time of the burglary because the President was in Addis Ababa at an African Union summit, the Presidency confirmed. The implication is that the head of state oversaw the operations stemming from the burglary.

However, Singh said that if this is an industry where payments are made in significant cash, it must be seen as a sector vulnerable to money laundering. He said that people launder money by spending cash and substantial cash sales triggered obligations to report to the Financial Intelligence Centre or the SA Revenue Service.

Red flag number two is that the cash was in foreign currency.

Fraser’s affidavit says between US$4-million and $8-million was stolen. A statement by his lawyer used the lower amount.

Did the President violate exchange control violations? If it were tens of thousands of dollars, Ramaphosa would be able to regularise transactions after the fact by alerting the SA Reserve Bank. If the trades were in millions of US dollars, it becomes trickier for Ramaphosa to explain.

The rule is that any amount of more than $10,000 on hand must be reported in 30 days and only exports can be paid for in foreign currency. This means Ramaphosa will have to show that the purchaser was buying his animals for export and that that exporter was not South African.

“Due to the possible investigation, the Presidency will not be in a position to engage further on the details,” said Magwenya. On Friday, the President will hold a media briefing after his Budget Vote Speech to Parliament, where he will answer detailed questions.

Ramaphosa was duty-bound to declare private business interests as part of the Executive Ethics Code, but that declaration is private. So are his tax affairs. Singh said Corruption Watch supported Ramaphosa waiving his right to privacy to make public these declarations.

“The third red flag is that the President did not bring us into his confidence. He is a public figure who does not have the same degree of [the right to] privacy as the [public].”

Fraser’s complaint has stirred up a hornets’ nest for the President. The DA leader, John Steenhuisen, said on Monday: “There is no aspect of any police or other investigation that prevents him from taking the country into his confidence with a full and honest account of the facts. He has a special obligation to do so, which no other South African has. Full disclosure is in both the Presidency and nation’s best interests.”

The DA has written to the SA Reserve Bank’s Financial Surveillance Department to ask it to investigate forex violations regarding the cash taken from the President.

Former spy boss Arthur Fraser laid a criminal complaint against the president for holding and being robbed of almost $4-million in cash.

Ramaphosa confirmed the robbery at his Limpopo farm.

Official state documents prove the president’s security had hidden the incident from the public.

Ramaphosa volunteered to explain the allegations before the ANC’s Integrity Commission.

Stephen Grootes explains why this is Ramaphosa’s worst public image crisis since he returned to formal politics.

“Sarb [the SA Reserve Bank] applies its exchange control policy consistently and equally to all South African residents. It is the practice of Sarb to investigate matters brought to its attention wherein reasonable grounds exist to believe there are contraventions,” said the central bank in a statement.

When billionaire Christo Wiese was found with millions of dollars in his hand luggage in 2012, the SA Reserve Bank wrote to his lawyer, triggering an investigation.

UDM leader Bantu Holomisa has called for a parliamentary inquiry into the burglary at the presidential farm. DM