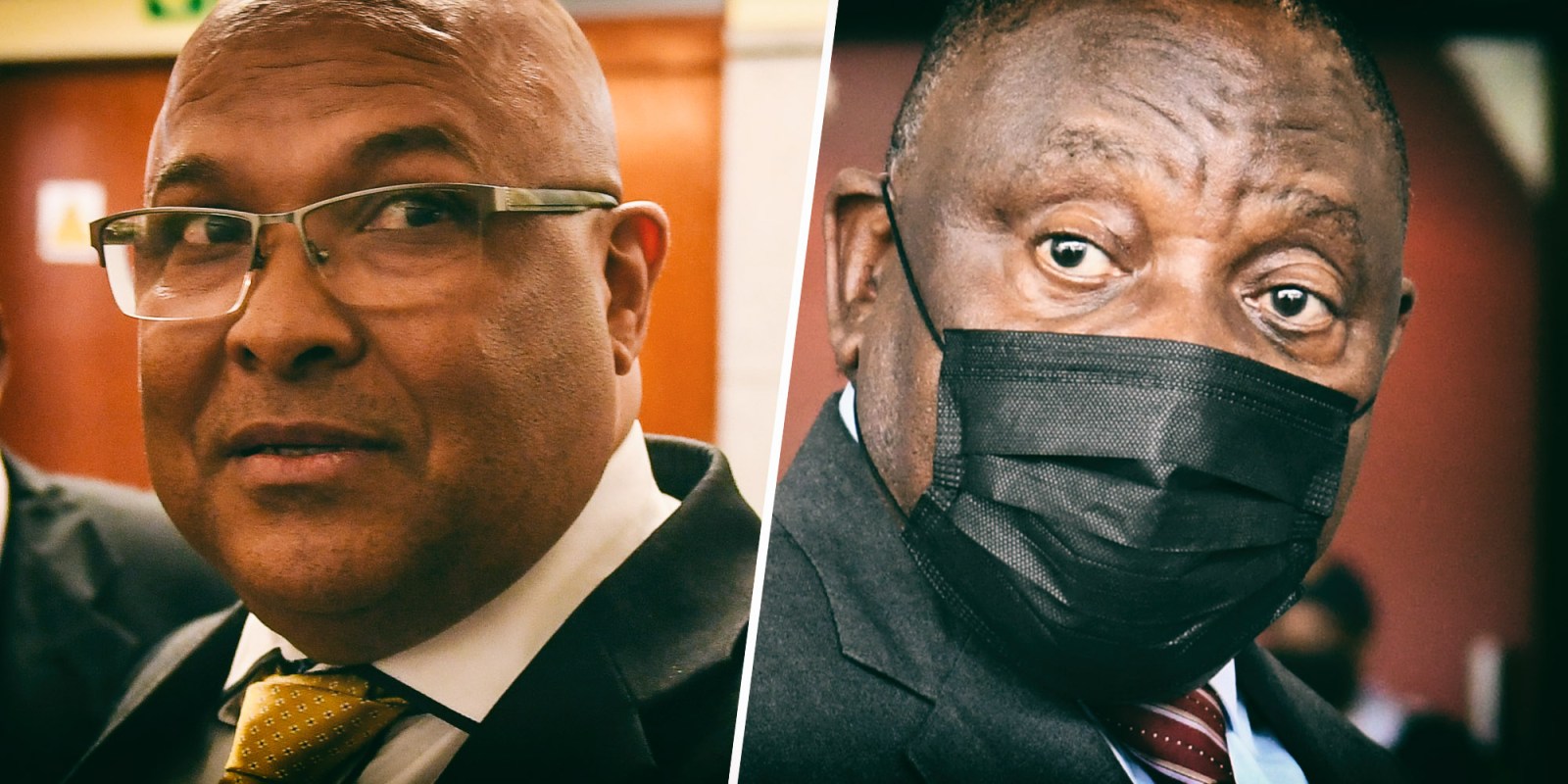 The spy boss’s charges reveal the start of an intelligence-driven campaign to unseat the President at the ANC’s December elective conference.

“The Presidency can confirm that a robbery took place at the President’s farm in Limpopo on or around February 2020 in which proceeds from the sale of game were stolen,” said the Presidency in a statement on Thursday, 2 June.

Ramaphosa trades in buffalo and ankole cattle and has been known to pay up to R36-million for a beast. What has not been known is that trade is in cash, which raises red flags for undeclared revenues and profits, as well as money laundering.

Ramaphosa took hours to respond to former spy boss and Correctional Services Commissioner Arthur Fraser signalling panic in the Presidency. The Presidency did not reveal the figure or the currency but Fraser did.

“The details of the charges and the supporting evidence, including photographs, bank accounts, video footage and names are contained in my statement,” said Fraser in a statement.

Fraser laid criminal charges on 1 June at Rosebank Police Station against Ramaphosa for concealing a crime, revealing the theft, allegedly by the president’s domestic worker, working in cahoots with a gang.

The Presidency has been made aware through a media statement that Mr Arthur Fraser has laid a complaint with the South African Police Service against President @CyrilRamaphosa.

“President Ramaphosa stands ready to cooperate with any law enforcement investigation of these matters,” said the Presidency spokesperson Vincent Magwenya in a statement which did not explain why he only revealed the robbery (a huge national security threat) two years and four months after Fraser had done so.

“The President was attending an African Union Summit in Addis Ababa at the time the incident occurred. President Ramaphosa reported the incident to the head of the Presidential Protection Unit of the SA Police Service for investigation,” said Magwenya.

“President Ramaphosa remains resolute in leading the fight against corruption, restoring the integrity and capability of public institutions and overcoming the legacy of state capture, and will not be deterred by disinformation campaigns,” he added.

Fraser said in a statement via his attorney Eric Mabuza that Ramaphosa had breached organised crime and anti-corruption legislation, but he did not explain how.

The political manoeuvre is, however, clear. Any member of the ANC facing criminal charges (confirmed by a charge sheet and by the National Prosecuting Authority) must step aside.

The RET faction of the ANC has, at the same time, surfaced a campaign to get Ramaphosa to stand down and for Deputy President David Mabuza to take over until the end of the administration’s first term in February 2023.

The gambit is unlikely to work as it’s a robbery case in which the cops appear to have made zero progress in three months. But it can destabilise Ramaphosa’s office and his Cabinet when it is already struggling with a severe economic and energy crisis and a limping reform of the energy, transport and jobs markets.

Fraser is a powerful political figure who assisted former president Jacob Zuma’s rise to the top. As Correctional Services Commissioner, appointed by Ramaphosa, he secured a medical release for Zuma from prison in September 2021. He overrode the advice of a medical parole appeals committee which found the former head of state did not qualify for parole.

Ramaphosa’s farm is his sanctuary and it reportedly features the buffalo as its motif. It is where his political nomenclature of The Buffalo has come from.