‘Crazy: Adventures of a Marine Biologist’ makes for... 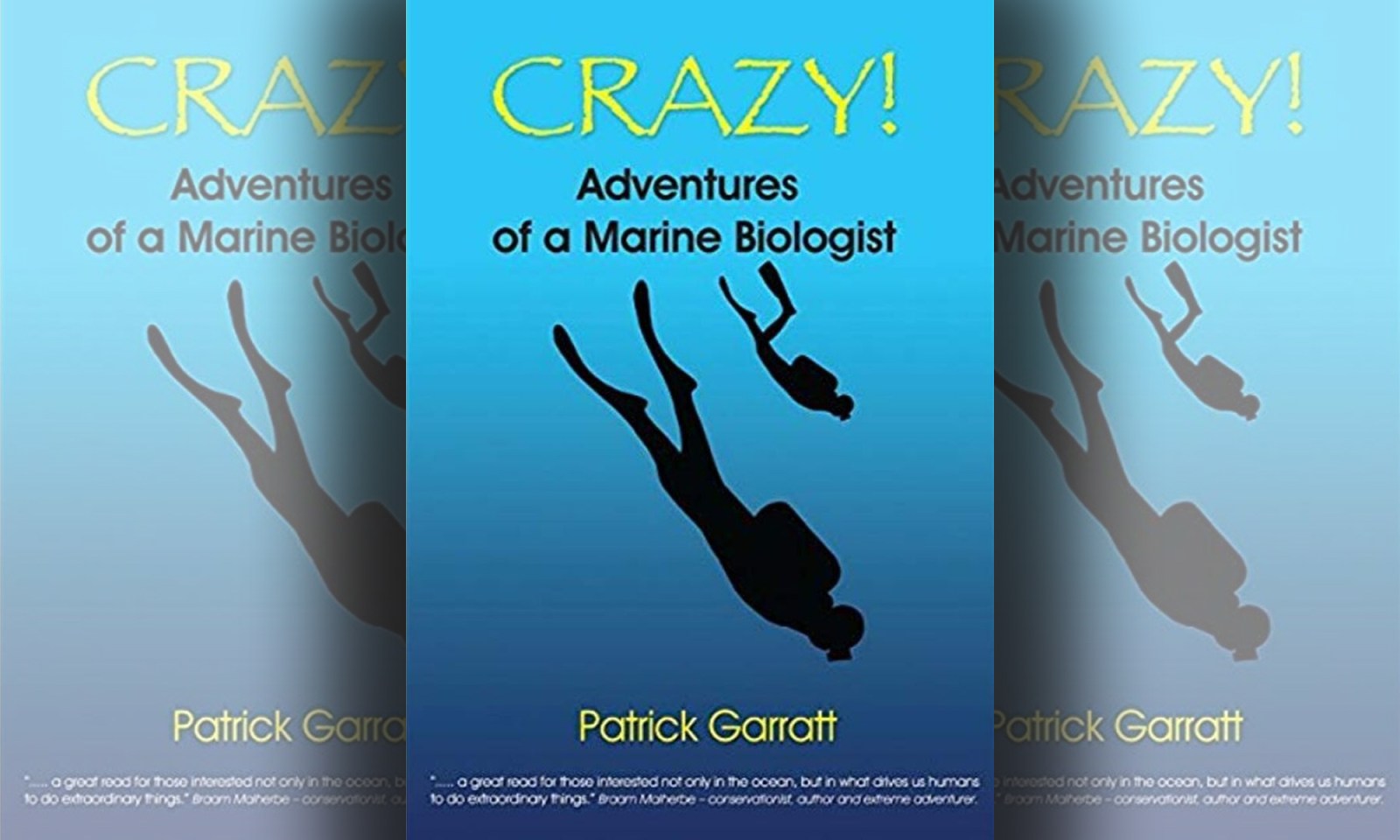 This 2018 book by Patrick Garratt is a veritable seine net full of fish and fishing stories, short and tall, but there is so much more in it, including the background to planning, opening and running the Two Oceans Aquarium.

Sandwiched between Morningside and Riverside in Sandton, Johannesburg is a little fish cake of a suburb called Duxberry. Few people know it’s there, and few of the people who live there will know why the names of their streets include David, Vincent, Glenn, Mervyn, Wendy, Anne and Larry.

My father happened to be the founding town planner of Sandton and got to name the streets after the children who would camp and fish at a little dam when the area was still a dairy farm. Apart from catching the occasional small-mouthed bass, we got up to whatever kids will in a leaky canvas tent when there is no adult supervision (apparently, they trusted us and most of us survived more or less intact).

Had I the power, I would rename one of those streets – maybe my own – Patrick, after the author of the book that is the subject of this review.

He beat us to that dam by a few years and the experience seems to have had a more constructive and long-lasting effect on him, because Garratt became a master of things piscine. There’s a photo in the book of three guys on a beach somewhere on the Zululand coast, with a caption that informs us they are “research fishing”. Yeah, right.

Lucky for him, the author found his life’s passion, in the broadest sense of that word, when he was still a pre-teen. Although he grew up and was schooled in Johannesburg, family holidays were spent mostly on the KwaZulu-Natal south coast. It was there the lad learnt from the canny locals about the finer crafts and dark arts of throwing a line.

One of the chapters is titled “Six Angels”, which he explains is the human equivalent of a cat’s nine lives. Pat certainly used up his. Not once but twice he found himself out in the deep blue sea on a sinking boat, adrift for longer than anyone should have to endure, only to be rescued by the finest of lines. Then there’s the episode when he found himself staring into the barrel of a .38. I think the lesson here is, don’t leave a loaded gun in your home when you find you’ve shacked up with [another] crazy person.

Although the author knew from an early age what he wanted to do, he had to fight long and hard to earn his way. More than once we get a glimpse of the man’s determination, in this case even when the college where he hoped to study marine biology denied him entry. However, once he did finally graduate he informed his brand-new wife that he, and by proxy she, would be going commercial fishing at Ramsgate, one of the more treacherous places to launch a small ski-boat on the South African coastline.

Whether he did that for the adventure, a sense of what he would gain, or some lingering dream he does not divulge, but it’s a tough life (I once tried it for a very short time). Nevertheless it was there he gained his real qualification in marine matters along with the respect of peers and colleagues ever after. Seeking a more sedentary life, he went to work for the Oceanographic Research Institute on the Durban Foreshore. From there he was headhunted to become the founding curator and later director of the Two Oceans Aquarium in Cape Town.

Each of those episodes was a long and extremely exciting affair, as you can imagine, with adventures all around the South African coastline, to Mozambique and its islands, the Aldabras archipelago, Bassas da India – not least of all which was discovering a treasure trove of pieces of silver on a shallow reef there, every ocean lover’s dream.

The book is a veritable seine net full of fish and fishing stories, short and tall, but there is so much more in it, including the background to planning, opening and running the Two Oceans Aquarium. However, it is really all the markers of his personal life that lift this book into the realm of a really captivating read (remember that .38).

Many of us might recall the saga of Maxine the mature female ragged-tooth shark that was released from the aquarium to much media fanfare and with a tracking device that proved a scientific breakthrough in the monitoring of large marine creatures. But the aquarium was not without its problems and controversies, including a cracked huge glass panel in the main viewing tank, and issues around capturing and caging wild animals.

For Pat it was all in a day’s work. Imagine every day you wake up and you put up a sign: gone fishing. The book, like the author’s life, is full of passion and more than just a little bit crazy. DM/ML