Stormers hope for no further injuries ahead of Ulster t... 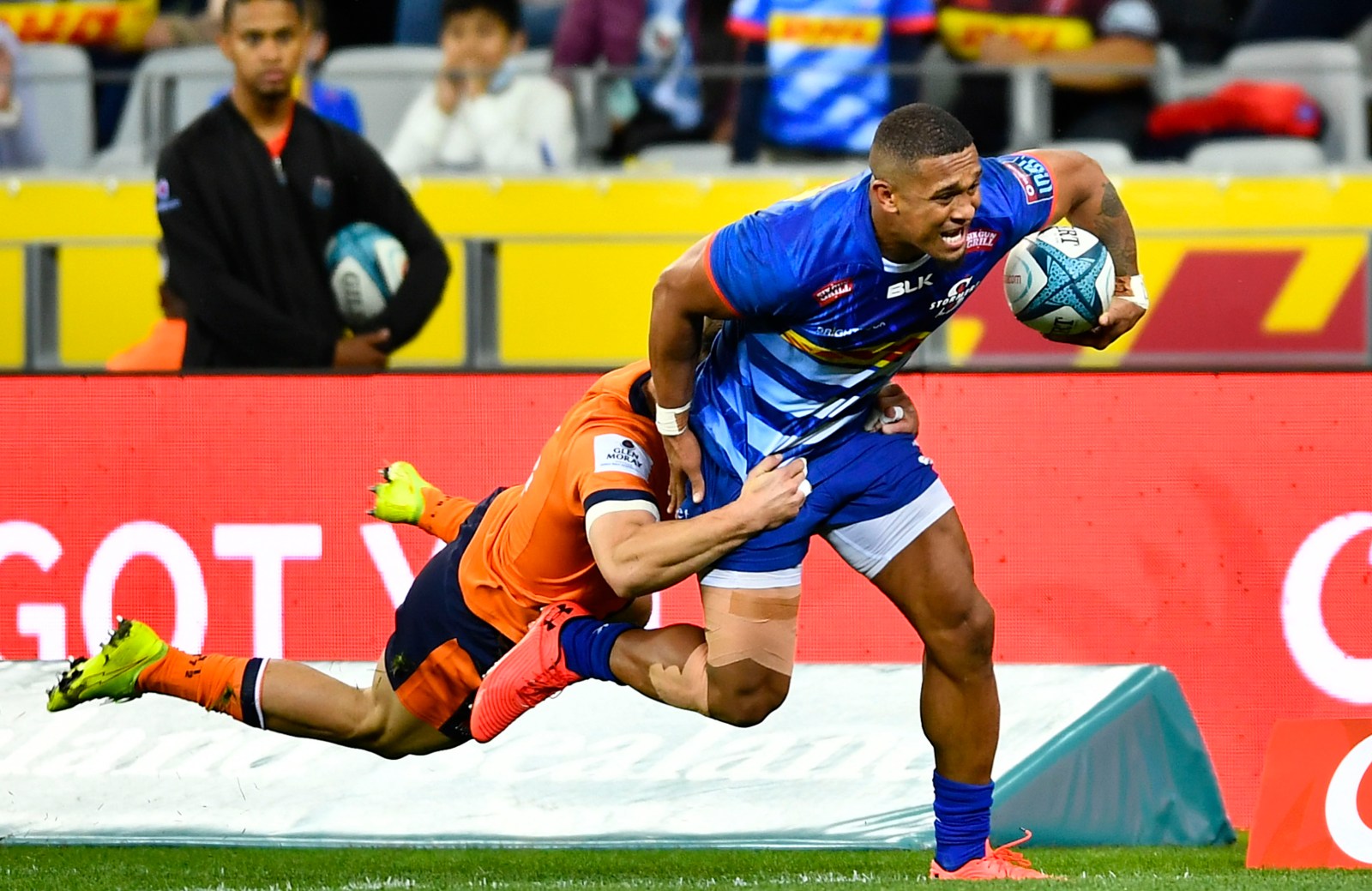 Leolin Zas of the Stormers during the United Rugby Championship match between DHL Stormers and Edinburgh at DHL Stadium on 4 June, 2022 in Cape Town, South Africa. (Photo: Ashley Vlotman/Gallo Images)

Despite home ground advantage, it would be a stretch to say the Stormers start the United Rugby Championship semi-final against Ulster as favourites.

In the innards of the DHL Stadium shortly before 10pm last Saturday, Stormers coach John Dobson had a furrowed brow despite his side’s 28-17 United Rugby Championship (URC) quarterfinal win over Edinburgh.

Injuries and a staccato performance that veered from brilliant to sloppy, meant that this week’s preparation for the home semi-final against Ulster is harder than it should be.

At this stage of the campaign, barring injury, the team should be purring along. But in the past week, the Stormers have lost influential playmaker Damian Willemse to a season-ending bicep injury. Willemse has been a revelation at inside centre and his loss before the Edinburgh match was already a blow.

But then, within four minutes of the quarterfinal, newly selected inside centre Rikus Pretorius hobbled off with a suspected leg fracture. That forced Dobson to employ the uncapped Sacha Mngomezulu in the midfield. The 20-year-old performed well out of position, making crucial tackles and never compromising the rigid defensive line.

Mngomezulu, though, only had two Currie Cup appearances on his CV before the vital clash against Edinburgh and had to be substituted late in the match due to cramp. The pace and intensity of URC rugby took its toll on the youngster, but he will be better for the experience.

If there was one position that Dobson could ill-afford another injury setback it is at 12. As he sat in front of the media in a room one floor above the stadium’s tunnel, he mused aloud that veteran former Bok Juan de Jongh might be asked to start the semi-final.

The 34-year-old De Jongh played three games earlier in the campaign and will offer a calm head. He has lost some pace over time but his natural flair and ability to read the game are factors Dobson has to weigh up.

“Damian could be out for six weeks. He’s desperate to play and we’ll keep scanning him, but I can’t see that,” said Dobson.

“Rikus also looks serious. He’s gone for a scan. The first thought was that it was a broken tibia. It isn’t that, but his leg doesn’t look nice at the moment.”

While the midfield remains tenuous, Dobson, who has done a near-miraculous job of resurrecting the Stormers amid months of boardroom collapse in 2020 and 2021, has a fragile squad.

He cannot afford serious injuries to hooker or scrumhalf either, as he is down to his last choices in those positions. Reserve scrumhalf Godlen Masimla was third choice for most of the season but Paul de Wet’s injury sees him as the last standing No 9 behind Bok Herschel Jantjies.

Hooker JJ Kotze is now the first choice with Scarra Ntubeni out for the season, Andre Hugo-Venter is second choice. Long-time fringe player Chad Solomon has only just come back from injury. Deon Fourie, who has been outstanding at openside flank, played a large portion of his career at hooker and could be called upon in an emergency.

If the injury curse holds, the Stormers will go into a grudge match against Ulster with confidence. The Stormers won the Pool fixture 23-20 thanks to a controversial decision to deny the Irish club a try earlier in the season. In the build-up to this weekend’s clash, Ulster have been talking about “revenge”.

“I think we owe the Stormers one from the way the game ended the last time,” Ulster centre James Hume told the media after his team’s 36-17 quarterfinal win over Munster.

“I wasn’t playing in that game, but we didn’t take it too well.”

Dobson didn’t shy away from the controversial call.

Dobson responded: “That was a big talking point, wasn’t it? I think some other South African coach said that we were lucky.

“The thing about it is that I do think we were lucky. But I still think that, at most, it would have been a scrum to Ulster. Our scrum was in charge so we could have still got the penalty.

“I am pretty sure that there will be an element of revenge to it (this weekend’s game). What I do guarantee is that we will be better at handling the way Ulster played. We learned a lesson in that game. They really had us caught and beat, but we are better for that.”

One of several strengths the Stormers enjoy, though, is the explosiveness of their backline behind a strong pack. Fullback Warrick Gelant is usually the spark in attack but centre Ruhan Nel and wings Leolin Zas and Seabelo Senatla have also been sensational.

Flyhalf Manie Libbok is revelling in the freedom to attack space and he has been a vital element in the Stormers’ ability to break the line.

“They string things together, and when they do, I don’t think there’s a more dangerous team in terms of individuals,” Edinburgh coach Mike Blair said of the Stormers. “When they spark up, and it connects, they can beat anyone.”

With Boks props Steven Kitshoff and Frans Malherbe and a powerful second row of Bok Marvin Orie and Salmaan Moerat, the tight five is formidable although they are also an injury away from a crisis.

Tactically the Stormers need to improve their lineout after three botched set-pieces against Edinburgh. They also spent a lot of time trapped deep inside their own 22 against Ulster the last time they met — a scenario Dobson wants to avoid this weekend.

“We learned a lot from that (last Ulster) game,” Dobson said. “Remember how they trapped us deep in the corner of the field? We have evolved a plan since then. It hasn’t happened to us since. Edinburgh tried to do it (on Saturday), but we were prepared for that.” DM