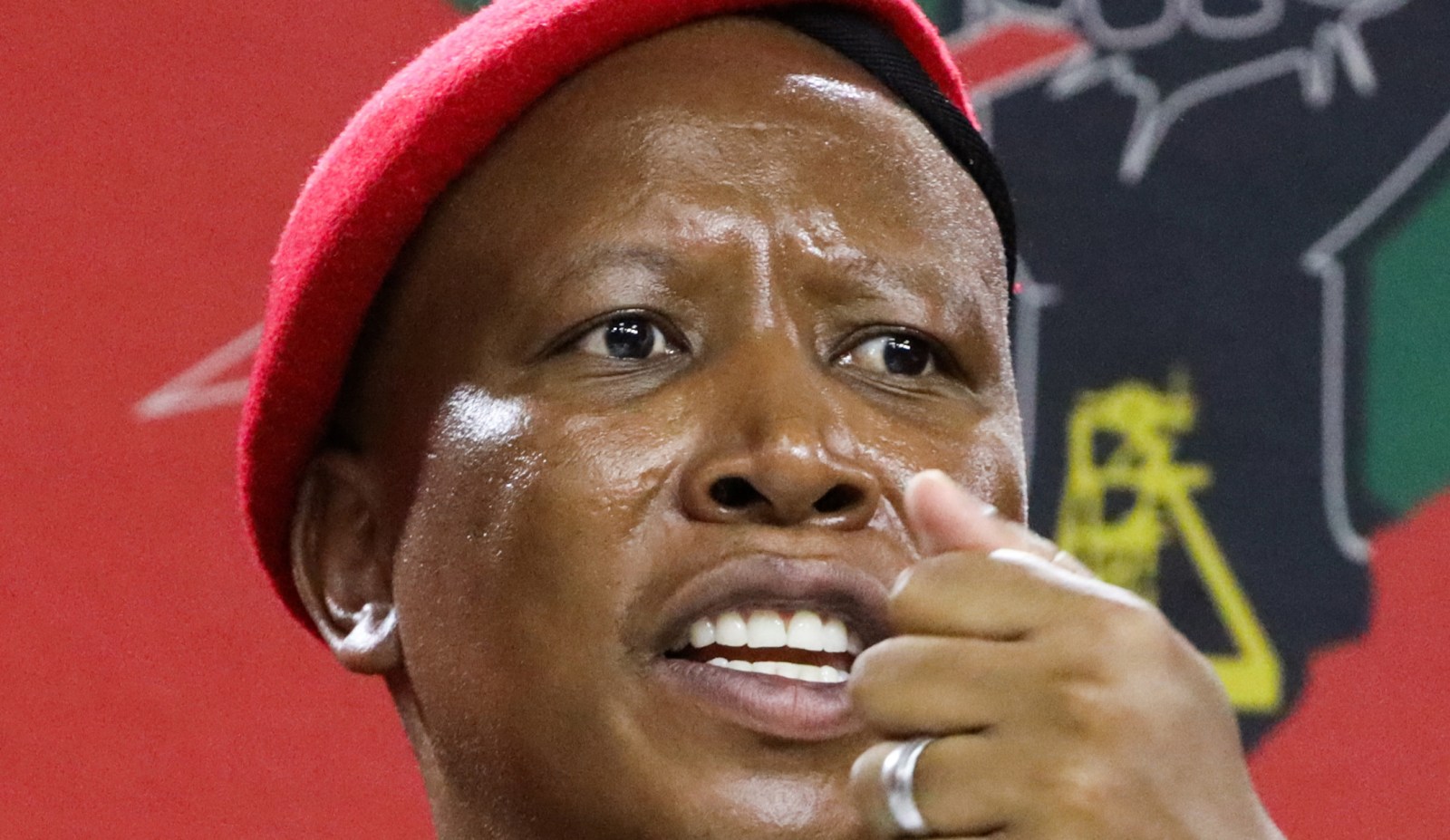 Pressure from opposition parties is mounting for President Cyril Ramaphosa to step down after damning allegations made against him by former spy boss, Arthur Fraser. The EFF is the latest party to hold a media conference about a robbery that took place at the President’s Phala Phala game farm two years ago.

EFF leader Julius Malema is the latest politician to slam President Cyril Ramaphosa over allegations that millions of dollars were taken in a robbery at the president’s Limpopo game farm in 2020. Details of the incident have only just come to light.

The red berets have assembled a legal team, led by advocate Tembeka Ngcukaitobi, to look into constitutional provisions to get Ramaphosa to step aside from his position.

Malema held a briefing on Tuesday afternoon where he claimed to have information about pressure being put on police in Warmbaths, Limpopo, to backdate dockets and affidavits to corroborate Ramaphosa’s account of events.

“The attempts to suggest that the President was in Addis Ababa during the time of this crime, is an attempt by him to claim ignorance of what happened on his own farm, and what was done by his own bodyguards.

“It is a manipulation of the truth, because there is no bodyguard that can act outside of the instruction of their principal. It, therefore, stands that Ramaphosa instructed his bodyguards to abduct, kidnap, torture and bribe the individuals who stole his illegal money at the Phala Phala farm.”

Malema called on the Financial Intelligence Centre, the Hawks, the National Prosecuting Authority, the SA Revenue Service and the Reserve Bank to look into whether the President is implicated in criminality.

The public first became aware of the theft on 1 June when former State Security Agency boss and later Correctional Services director-general, Arthur Fraser, laid criminal charges against Ramaphosa in connection with the robbery.

He has accused Ramaphosa of defeating the ends of justice, kidnapping and money laundering.

On Sunday, in his closing speech at the ANC’s Limpopo provincial conference in Polokwane, Ramaphosa denied the allegations and said they were politically motivated.

Meanwhile, DA  leader John Steenhuisen has questioned why the President chose not to report the robbery to the South African Police Service (SAPS). He accused the President of hiding behind the pretext of a pending investigation, adding that this was seen by the public as an admission of wrongdoing.

“South Africans need to know whether the president has no faith in SAPS, or whether there were other reasons for withholding this crime from the police.

“South Africans also need to know whether the President paid suspects and/or witnesses for their silence; whether he had them kidnapped and interrogated, and whether he used his position as head of state, as well as state resources, for his own private business and his private investigation,” said Steenhuisen.

“Nothing less than the full truth from the President will suffice, even if this should damage his public standing, open him up to possible criminal charges and compromise his prospects of re-election at his party’s elective conference.

“If all is above board, as the President claims, then a full disclosure is in both the presidency’s and nation’s best interests, while failure to do so will damage both.”

Both the African Transformation Movement (ATM) and the United Democratic Movement (UDM) have written to National Assembly Speaker Nosiviwe Mapisa-Nqakula requesting that she hold Ramaphosa to account.

In a letter dated 6 June, ATM leader Vuyo Zungula appealed to Mapisa-Nqakula to reverse an earlier decision of the programming committee, which had postponed a Q&A session with the President from this quarter to the next.

The party said it was a matter of urgency since the case was under investigation, but had yet to come before court.

“The Speaker will remember that the Constitutional Court in the matter between the Public Protector and president Zuma admonished Parliament for failing in its duty to hold the then president accountable on the Nkandla matter,” said Zungula.

“The ATM is therefore appealing to the Speaker, noting that the President, by law, is required to appear before Parliament every quarter and he has not done so this quarter, the ATM is requesting and appealing that the Speaker finds a suitable date before the 15th of June (last sitting of this quarter) for the President to take Parliament and the nation into his confidence and explain the matters alluded to by Mr Arthur Fraser.”

President Ramaphosa’s stolen millions: Parliament must appoint 2 or 3 retired Con Court judges to do preliminary investigation, whilst the President goes on short sabbatical. Hand over results to NPA.

In a separate letter, UDM leader Bantu Holomisa asked the Speaker to launch an investigation, and for Ramaphosa to go on sabbatical until August.

Holomisa believes the allegations harm the country’s image, especially as Ramaphosa has modelled himself as a champion of good governance.

“[If Ramaphosa goes on sabbatical], Parliament and the acting president may institute a preliminary investigation into the entire matter, with terms of reference that would include if the South African Revenue Service and the Reserve Bank had any knowledge of the matter.

“Such a preliminary investigation could be conducted by two or three retired Constitutional Court judges, and their findings could be handed over to the National Prosecuting Authority for further action,” read Holomisa’s letter.

Ramaphosa robbery: The kryptonite that could badly hurt the president and the ANC

Meanwhile, Ramaphosa has said he would voluntarily appear before the ANC’s integrity committee.

The party’s national working committee (NWC) has received a briefing from senior party officials on the charges laid by Fraser.