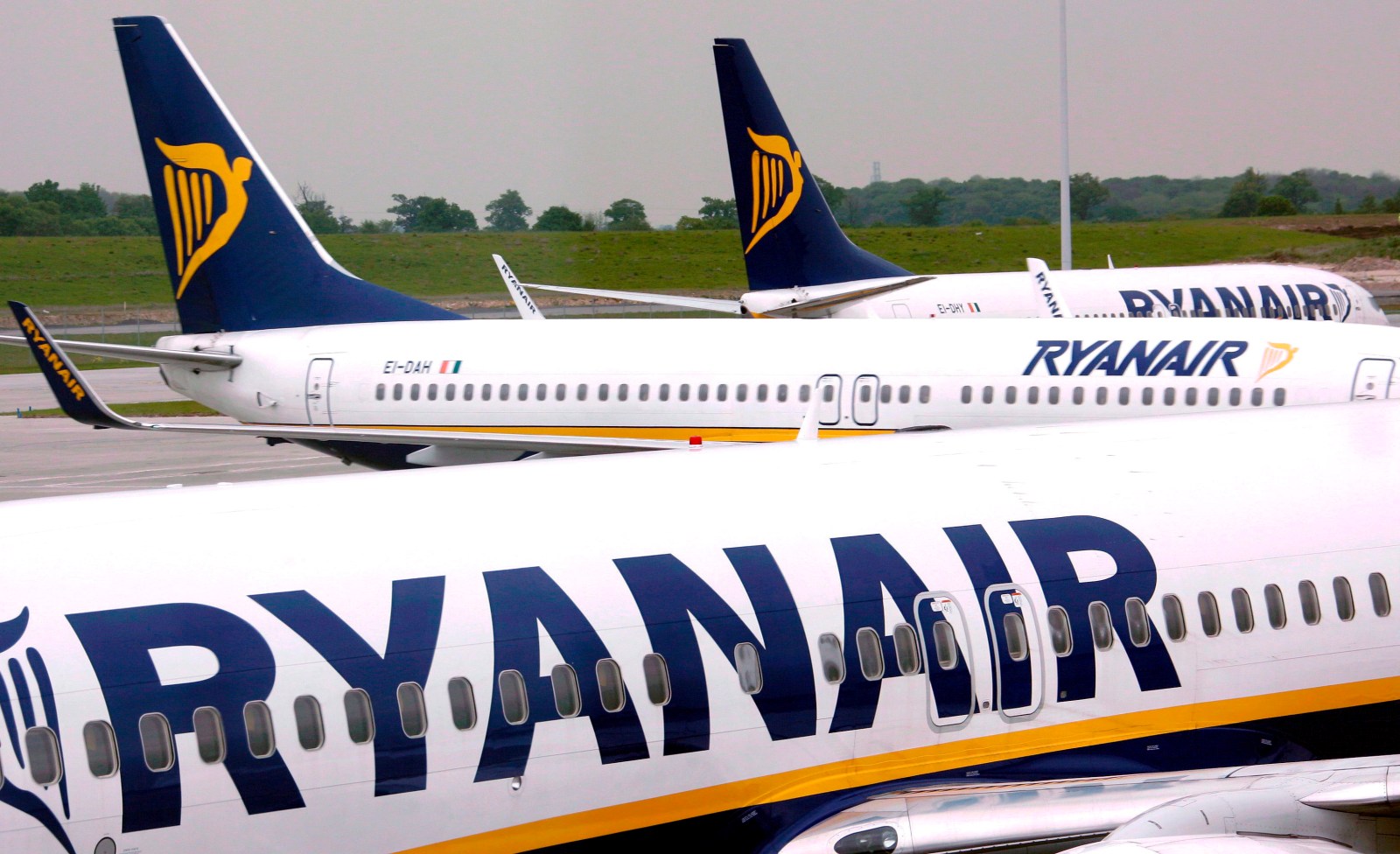 epa01622072 (FILE) A file picture dated 10 May 2007 shows a Ryanair planes at Dublin airport in Dublin, Ireland. Irish budget airline Ryanair announced 02 February 2009 that it had made a net loss of more than 100 million euros in the third quarter of its current financial year. The airline said it had swung into the red to the tune of 101.5 million euros (130.4 million dollars) in the three months up to the end of December. EPA/ANDY RAIN

South Africans travelling to the UK and Ireland have been forced to respond to an Afrikaans questionnaire to prove their citizenship. That’s not a requirement for entry, says the British High Commission and Irish embassy. But budget airline Ryanair insists it is within its rights.

South Africans travelling to the UK and Ireland have been left distressed after being asked to fill in a form in Afrikaans to prove that they’re South African.

A week ago Otsile (not his real name) travelled from Turkey to Ireland with his wife and daughter. Because Otsile has citizenship in Ireland, his wife was asked to fill in a form in Afrikaans.

“I was shocked, I thought it was a joke. My wife is Zulu, she doesn’t know Afrikaans. I told the airline staff that I don’t understand why she has to do it in Afrikaans when there are eleven official languages,” said Otsile.

“But they said that if she can’t fill in the form then they won’t be allowed to board,” said Otsile. He had to leave his wife and daughter behind because he had to return to work.

“When I got to Ireland, I went to Ryanair’s offices and spoke to the supervisor and she had no clue what I was talking about. But there were other people who had seen the form in their emails, then the supervisor asked what the issue was and I explained to her. I then said perhaps have a form in Zulu, because it’s a largely spoken language. Then she said ‘if we do it Zulu, then some other people might not know it’, I then said ‘that’s exactly what you’ve done’,” said Otsile.

The questions asked on the form include:

Otsile said he had to pay about R9,000 for hotel stays in Turkey: “I am distressed and I am very disappointed with this country. I have no issue with them trying to clamp down on fake passports but the way they’re going about it is excluding a large population of South Africa.”

In a Facebook group for South Africans in the UK, a woman said she and her 11-year old son were not allowed to leave Ireland as she had failed to correctly answer the questions: “It was a terrible experience. I felt discriminated against and was made to feel like I did something wrong.”

Petronia Reddy, who was travelling to Ireland from the UK, said she was told that the Irish government had introduced the Afrikaans form a few weeks ago because of an increase in illegal South African passports.

“I asked for the form in English. And the response was that if I’m unable to complete this form that proves that I am not South African,” said Reddy.

Reddy answered a few questions incorrectly and was told she would be unable to board the flight. She then asked to speak to the supervisor and told her that she had a work permit because she worked at a London-based company and had previously lived in the Czech Republic, “which means [my passport] has been vetted. Luckily, she had common sense, she called her supervisor and explained, and then they boarded me on the next flight,” said Reddy.

Both Otsile and Reddy flew with Ryanair, the Irish low-cost airline.

Ireland and the UK don’t administer such tests

Responding to questions regarding the Afrikaans forms, the Irish embassy said: “We are aware of these reports which appear to have originated from a thread on Reddit. We are happy to clarify that the Irish immigration authorities do not under any circumstances require or administer such tests to passengers travelling to Ireland.”

The embassy also said holders of valid South African passports do not need an entry visa to come to Ireland for stays of less than 90 days, however, standard immigration procedures do apply and all travellers (regardless of their citizenship) must be able to satisfy the immigration officer at the port of entry that they have a valid reason for entering Ireland. Additional documentation may include but is not limited to:

Travellers will be requested by airline staff at check-in to provide passport and visa where relevant, said the Irish embassy.

Isabel Potgieter, spokesperson for the British High Commission, said the UK does not require travellers to fill in a form to prove that they’re from South Africa.

In response to queries regarding the Afrikaans form, Ryanair said: “Under Section 40 of the UK Immigration and Asylum Act 1999, Ryanair has a responsibility to ensure that passengers are correctly documented for travel to their destination.

“Due to the recent increase in passengers attempting to travel on fraudulent South African passports, our handling agents may request passengers travelling on a South African passport and who are flagged during procedural security profiling, to complete a simple questionnaire, as an additional safety assessment to confirm whether they are correctly documented before travel. As language proficiency is the least intrusive further safety assessment method, this questionnaire is conducted through Afrikaans, one of South Africa’s most prevalent official languages.” DM