Political Party Funding Act has more work to do Making...

Political Party Funding Act has more work to do 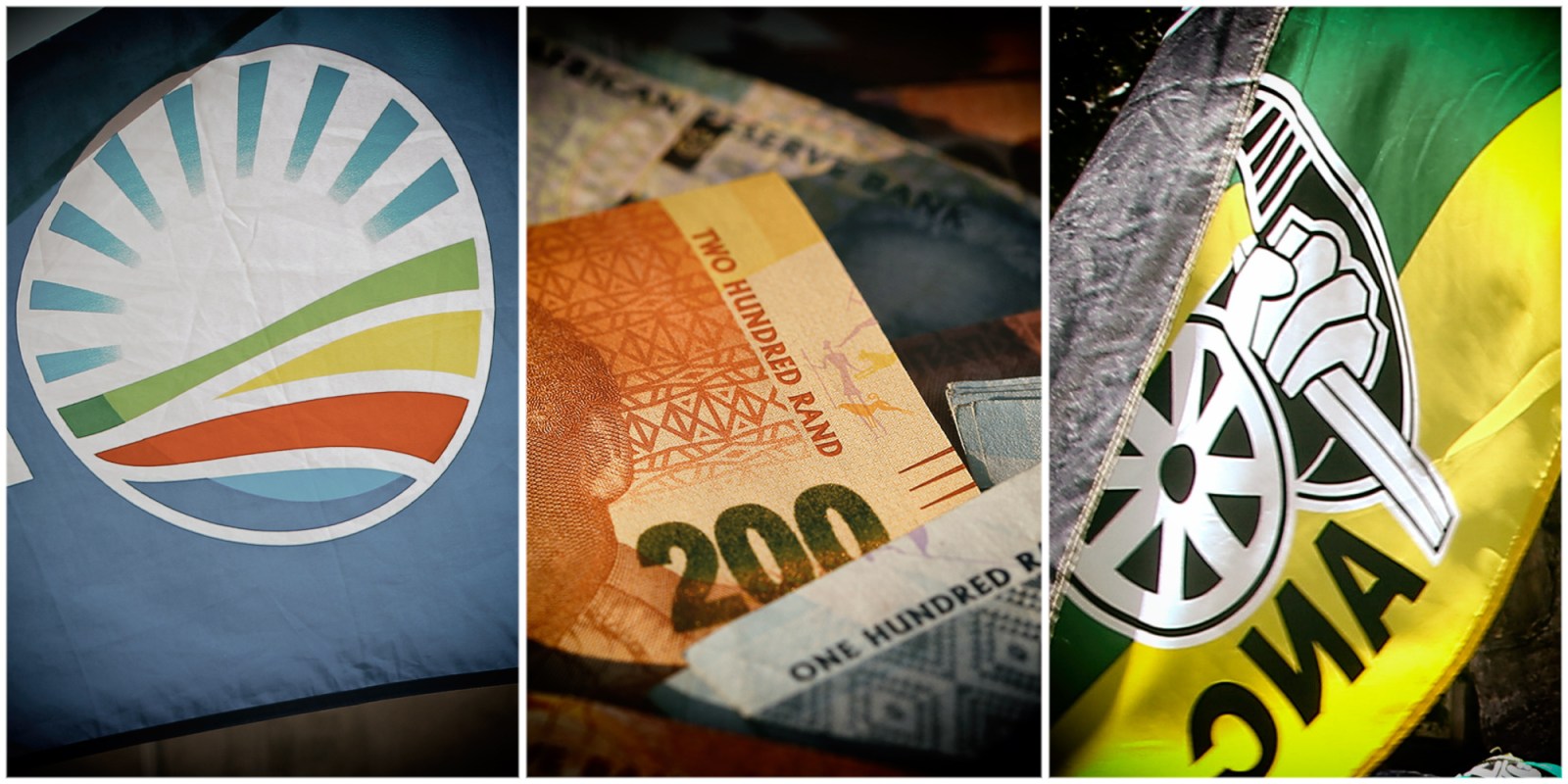 Although the act is working, we still do not know the full extent of private funding and are far from limiting the toxic relationship between money and politics.

A major milestone can be sweet, especially when it’s the first of something. We look forward to it. Celebrate it. Laud it, even. There has been one such event recently that is worth noting: a complete year of political party funding disclosures under the Political Party Funding Act (PPFA). Perhaps not the first thing to cross our minds when we think of amazing events, but never has there been a major milestone quite like this act.

The implementation of the act was a historic moment for South Africa that has left many political parties and private companies feeling uncomfortable.

In a country where kleptocracy abounds, where politicians and businesses seem more interested in their own self-enrichment and where the South African public is losing trust in its elected representatives, the act offers hope for something better.

But, as promising as the act is, its short life has been hampered by talk of gutting its most important aspect: disclosure thresholds. With the recent release of the fourth-quarter disclosures by the Electoral Commission of South Africa (IEC), the PPFA has provided us with the opportunity to reflect on the year and the moves political parties have made to curtail it.

After an exceptionally long road to getting the PPFA enacted, it was finally implemented on 1 April 2021. This signalled a new era in politics and the South African public would now have access to the private funding information of their political parties.

Although the disclosures, thus far, have given us crucial insight into who funds and influences our politics, it has also laid bare loopholes in the legislation.

The ANC, despite the claims of financial woe it laid before the PPFA, was able to raise at least R66,643,938 through private funding sources in the past year.

Interestingly, large chunks of that money came from three major donors that each donated the maximum of R15-million: United Manganese of Kalahari, Chancellor House and the Batho Batho Trust. These donations alone make up almost 70% of the total donations received by the ANC.

But that is not the only interesting thing about these donations. United Manganese of Kalahari (UMK) is a Russian-linked company, part-owned by the Renova Group, in turn owned by Russian businessperson Viktor Vekselberg. Vekselberg recently had his $90-million superyacht seized as part of ongoing charges levelled against him for fraud and money laundering.

Chancellor House also has its hand in UMK as a BBBEE investor holding an indirect interest of less than 25%.

As the governing party, the ANC accepting money like this through Chancellor House could compromise the party’s political decision-making and policy. Although we know about these donations because of the PPFA, we cannot use the act to issue punitive measures against this because it does not precisely address this issue.

But the ANC is not the only party that received sizeable donations from only a few sources.

The DA received R15-million from Oppenheimer heir Mary Oppenheimer-Slack and businessperson Martin Moshal, as well as nearly R3-million in foreign donations from the Friedrich Naumann Foundation and the Danish Liberal Democracy Programme.

The Oppenheimer family donated about R25-million to political parties (just under R10-million to ActionSA and R15.5-million to the DA).

The PPFA does not regulate interrelated donations that may come from the same source. The money donated by members of the same family to a party would therefore not be read as one donation, but as three separate contributions. This makes the R15-million cap per donor for the year easily circumventable.

The PPFA exists to enhance political transparency and the rights of voters and to limit the toxic relationship between money and politics. These revelations alone show how necessary the act is. The PPFA has shown how our political parties rely heavily on a small group of very wealthy and very powerful entities to fund their activities, a very dangerous mix.

The fourth-quarter disclosures have also shown that it is perhaps only the larger parties such as the ANC and the DA that are able to source donations on a regular basis. The continued lack of donations to smaller parties ensures that only a few parties can offer themselves as viable candidates to voters. This is not in the spirit of multiparty democracy. Private donors spending large amounts of money on a few parties only serves to maintain the status quo. South African voters deserve better.

One solution to this could be better-regulated public funding that is distributed in a manner that serves all parties on a more equitable basis. Oversight and reporting like the PPFA may be necessary for this kind of public funding to ensure that the money is not abused, but used in the interest of the public.

Despite claims by political parties to the contrary, political parties are not only voluntary associations. They do serve a public function and they should be beholden to what the public wants, not to private money. The over-reliance on these big donors only serves to provide an opportunity for narrow interests to take root.

An important step in this direction for a decrease in private funding reliance is the Multi-Party Democracy Fund (MPDF). The MPDF is a new provision created under the PPFA that accepts donations from anyone, no matter how small.

Over the past year, the MPDF has raised the respectable amount of R5,012,000. This will be distributed by the IEC to parties represented in the national and provincial legislatures.

If effectiveness can be measured in how much fear it creates, then the PPFA has been effective. In December last year, just more than six months after the PPFA was enacted, the ANC’s National Working Committee revealed that the party intended on expanding the annual threshold for disclosure from R100,000 to between R250,000 and R500,000, and expand the annual cap on donations from R15-million to between R50-million and R100-million, or simply scrapped entirely.

This is because the ANC has a funding crisis, in part because of limitations the act places on private influence. This is despite the fact that it could raise more than R60-million. Where and to what did that money go?

Thresholds work and they should be protected. An act barely a few months old making the biggest party in South Africa nervous shows that it’s doing its job.

However, we should not be complacent. Although the act is working, we still do not know the full extent of private funding and are far from limiting the toxic relationship between money and politics. We need to work together to make the PPFA even more effective.

In addition to the quarterly disclosures that political parties must make, the PPFA also compels them to disclose audited financial statements to the IEC by 30 September this year. This will give us deeper insight into private funding and influence. But if it is to achieve what it purports to, the PPFA needs to be strengthened.

In the next phase of the act’s life cycle, we should work towards guarding against threats to the act and strengthening it. The act must ensure that holding companies, especially those with political links (such as Chancellor House), disclose the source of their donations.

It is also clear that the disclosure threshold of R100,000 needs to be radically reduced to deepen transparency and the R15-million cap on annual donations per donor needs to be slashed to limit narrow private influence in our politics.

It is important to have well-funded political parties and independent candidates in our multiparty democracy to ensure that they can govern well. However, this must not be done through a heavy dependence on private funding.

Instead, alternate funding through public-funding mechanisms should be used to lessen this dependence. This will enhance accountability and build people’s power, rather than power shaped by money.

The first year of the PPFA has been a rollercoaster ride, with many highs and lows. But the work of party-funding accountability is not over. The PPFA is only step one. The first year of the act should be used as a measure of what we can do better and a tool to make it happen.

Milestones are only worth commemorating if they actually make a difference. DM/MC