SA bowler Mondli Khumalo recovering in hospital after U... 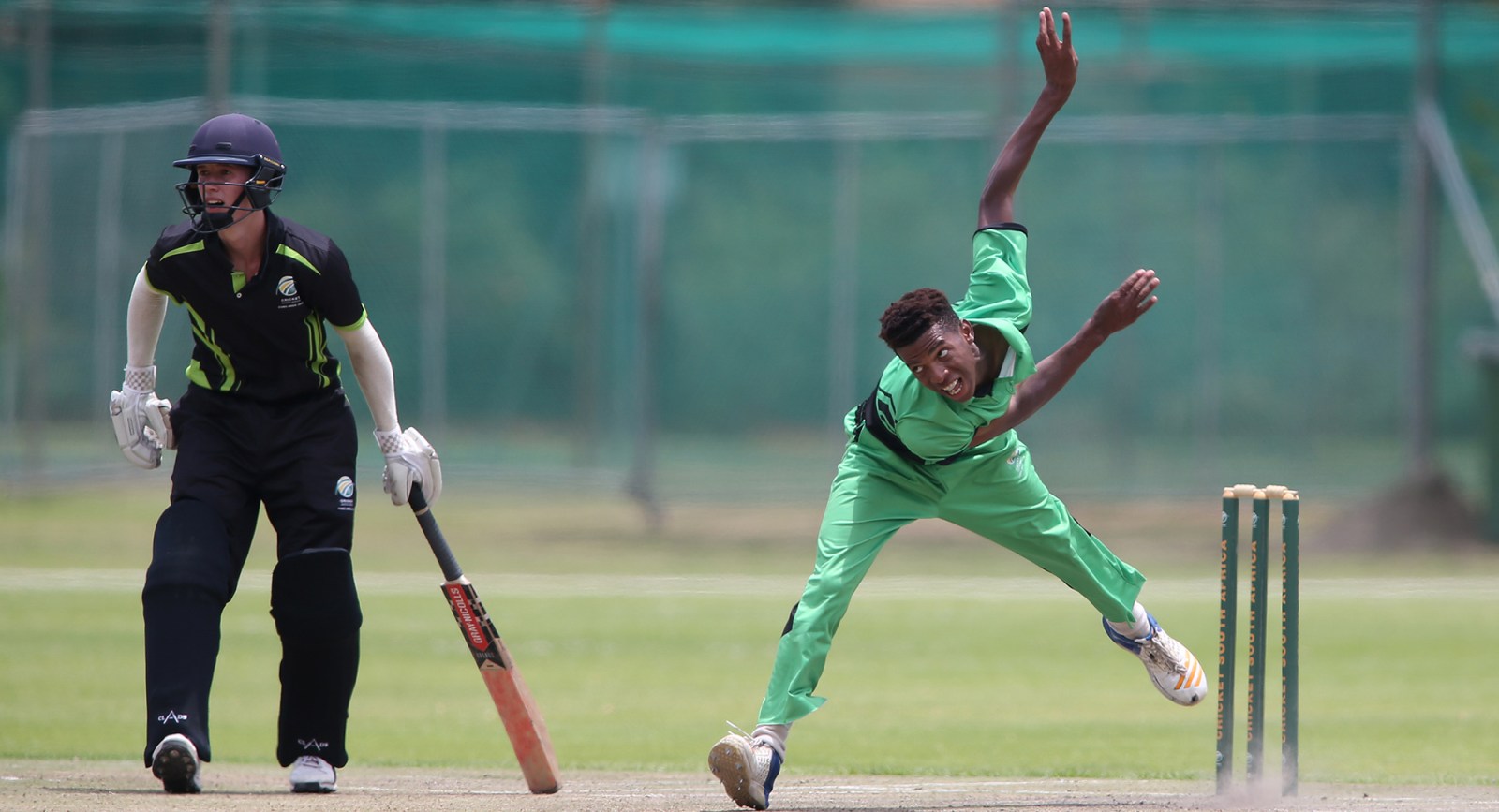 Mondli Khumalo, seen here playing for the Dolphins against the Warriors on day 5 of the CSA Cubs week on 7 January 2019 played at the Coetzenburg Oval in Stellebosch, South Africa. (Photo: Shaun Roy/Gallo Images)

Support has poured in for young South African cricketer Mondli Khumalo who was recently brutally accosted in England during a night out.

Mondli Khumalo, who played for South Africa’s under-19 cricket team at the 2020 junior World Cup is in an induced coma in Bristol, England, after being assaulted outside a pub in Bridgwater on Saturday evening.

Khumalo was reportedly out celebrating a win with his North Petherton Cricket Club teammates when the incident occurred — resulting in a head injury for the 20-year-old.

Khumalo is currently in Southmead hospital. He has suffered bleeding on the brain and has had two operations thus far. A 27-year-old man has been arrested in connection with the incident.

Khumalo is currently contracted to KwaZulu-Natal Inland and is on his first overseas stint as a professional for North Petherton.

“Mondli has just managed to take two breaths on his own for the first time, not enough to obviously take him off [the machines], but he’s making great progress,” said Rob Humphries, Khumalo’s agent on Wednesday.

“His legs are moving a lot now, he’s bringing his knees up towards his body. He doesn’t have any function in his arms yet but they think this will come with less sedation. They’re just about to lower his meds now as they’ve not done that bit yet. His eyes reacted to the light which is also another really positive sign.”

Cricket South Africa (CSA) have also shown their support for Khumalo’s family during this testing time.

“We share in the Khumalo family’s pain and anguish and have consequently dedicated senior officials to offer whatever support that might be required by the Khumalo family,” said CSA Chief Executive, Pholetsi Moseki, in a statement.

“The Board of Cricket South Africa unreservedly condemns the brutal assault on Mondli. We are however encouraged by the quick action of the UK authorities in apprehending the suspect who committed this ghastly act,” said CSA board chairperson, Lawson Naidoo.

South Africa’s head of Public Diplomacy, Clayson Monyela also put out a message on social media ensuring that Khumalo’s mother will be able to visit her son in the UK:

“The mother’s passport will be issued today. Our friends, the British High Commission in South Africa, will assist with visas. CSA is in contact with the family and will assist with the flight and accommodation costs. We wish Mondli a speedy recovery. The thugs who attacked him should rot in jail.”

North Petherton cricket club has also set up a crowdfund to help Khumalo with costs that may arise from the incident. This crowd-funding initiative has been shared across social media by England white-ball captain Eoin Morgan, former England batter Kevin Pietersen and England’s IPL star Jos Buttler among others.

Khumalo has played four first-class matches and has a stellar bowling average of 25.90 so far in his young career. He received a high-performance contract from KwaZulu-Natal Inland for the 2022/2023 season. DM