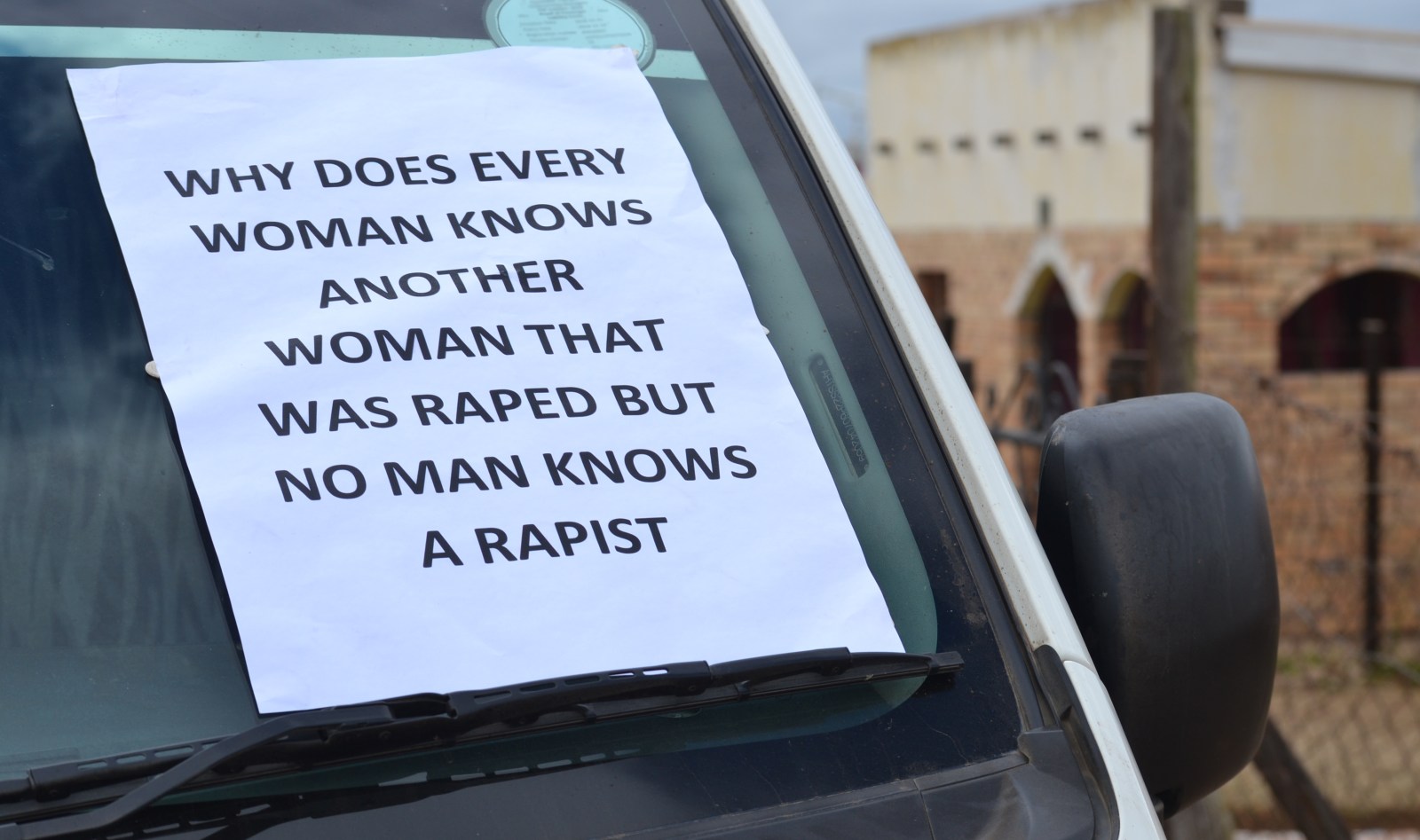 Frustrated with constant postponements, Asive Takayi withdrew her case against a man she says raped her in Queenstown in 2015. Archive photo: Thamsanqa Mbovane

After more than five years of fighting to have her rapist brought to justice, a Khayelitsha woman finally gave up the case. And her story is far from unique, says Rape Crisis.

Asive Takayi says she was raped in 2015 by a person she knew in Queenstown. She reported the rape the same day and two policemen accompanied her to hospital to be examined. “It was traumatising because the two male officials had to be present when a male doctor examined me and took DNA samples,” she said.

She says her case was assigned to an investigating officer who did not communicate with her, did not inform her of court dates, and blocked her calls.

She went to the Queenstown police station in 2016 to speak to the detective and find out why her case had not been to court. She says she was told that her case had been struck off the roll.

After she alerted the National Prosecuting Authority, she says, she received a call from Queenstown police station from someone who introduced himself as the new investigating officer. He told her that her DNA samples had been in the station since 2015 and had only just been taken to the laboratory.

The case first went to court in 2017. In the same year, Takayi moved to Cape Town in the hope of starting a new life. She had to travel to and from the Queenstown regional court over the next couple of years while the case was postponed again and again. She does not remember the exact dates. The court paid for the 11-hour journey.

In July 2019, she remembers, the case was back in court but the accused did not appear and was reported to be sick. The matter was postponed.

On 30 September 2019, she was back in court. Again the trial was postponed because the accused had changed lawyers and the new lawyer needed time to prepare, says Takayi. The presiding officer suggested the court reconvene the following day or week, but the lawyer said he had other commitments for the whole month.

On 28 April 2021, the case was again postponed. Once again the accused did not turn up and was reported to be sick.

“I was emotionally exhausted and could not take one more day of going to court just to find out the case will be postponed.”

“I had already gone to a mental institution because of depression, due to being raped. I couldn’t let this experience push me to that dark place again. I had to choose healing,” she said.

Queenstown police spokesperson Namhla Mdleleni confirmed that Takayi had submitted a withdrawal statement on 3 May 2021. “She was informed that DNA results were ready for the case to continue. The complainant showed no interest and the case was withdrawn.”

Luxolo Tyali, spokesperson for the NPA in the Eastern Cape, acknowledged that cases sometimes suffer “unreasonable delays”, as a result of witnesses not being available, delays in decisions and outstanding evidence like DNA reports. He said anyone who felt their case had been badly handled should submit a formal complaint.

Jeanne Bodenstein, advocacy coordinator at Rape Crisis said it is not uncommon for rape survivors to withdraw cases due to police being rude, unhappiness with the work of the investigating officer or inability to reach the investigating officer. Another reason is the insensitive and poor treatment by staff at medical facilities during the rape examinations, she said.

According to Bodenstein, Rape Crisis assisted over 14,000 clients in 2021. DM