The devastating impact of Covid-19 on the creative econ...

STATE OF THE ARTS 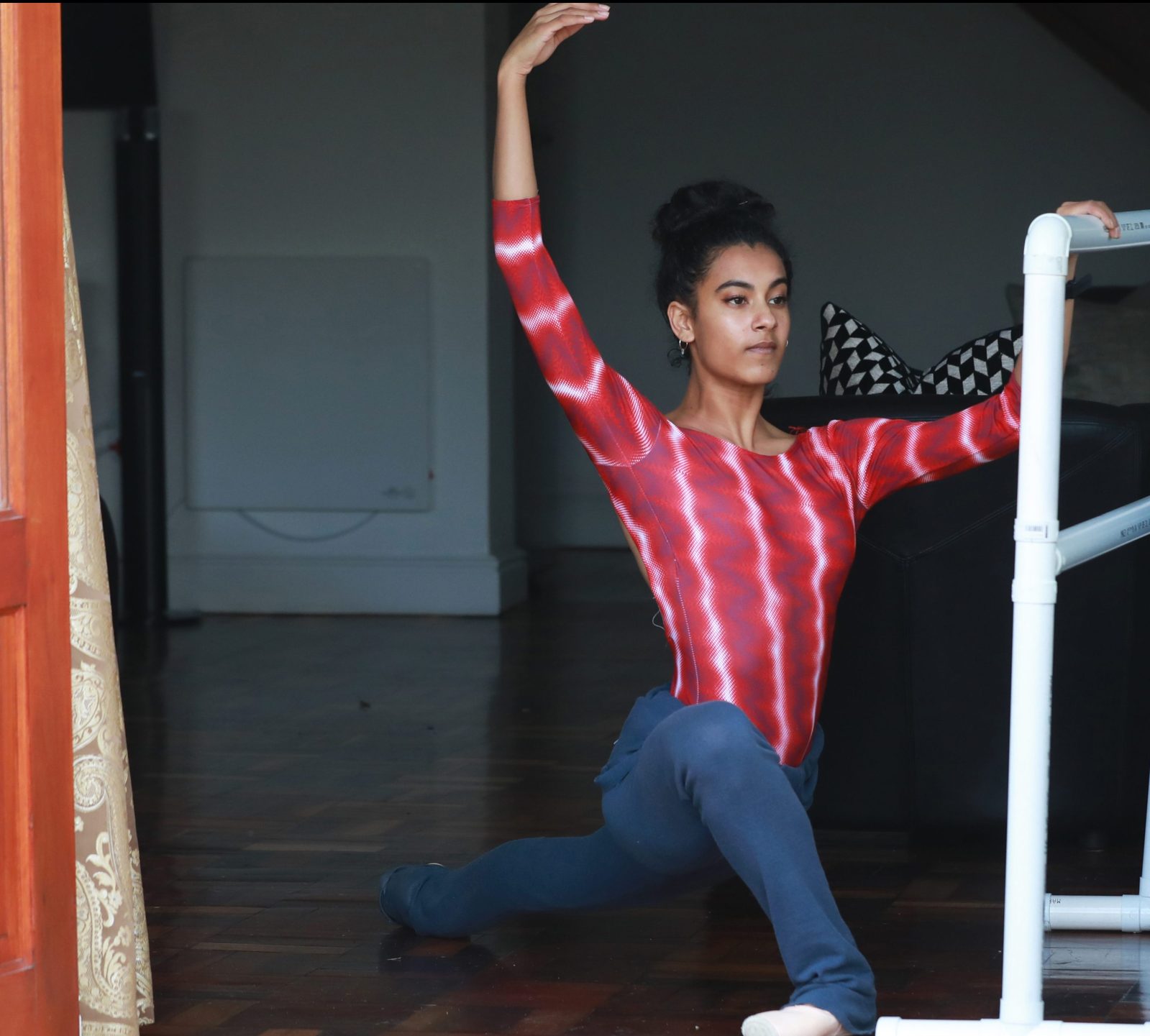 Mikayla Isaacs, a ballerina with Cape Town City Ballet, taking part in an en pointe ballet class via Zoom on 29 May 2020 in Cape Town, South Africa. Online classes are now the norm for the company as all members of the company are training at their homes during the government lockdown to control the spread of Covid-19. (Photo: Gallo Images / Nardus Engelbrecht)

The South African Cultural Observatory’s report on the impact of Covid-19 on the cultural and creative industry offers some insight into a sector that should be held dear.

The impact of the Covid-19 pandemic has been felt across all industries and the arts sector has suffered deeply from it. Like many, creatives found their jobs put on hold as lockdowns were enforced, ending public gatherings such as festivals, concerts and performances and preventing many of them from earning a living.

Now the South African Cultural Observatory (Saco) has released a detailed report on how Covid-19 actually affected the cultural and creative industry across the country as well as the repercussions for those who work in the industry. Saco, a statistical and socio-economic research project which researches the socio-economic impact of cultural and creative industries in South Africa, is implemented on behalf of the Department of Sport, Arts and Culture, and submits its reports to project managers for implementation at the department, says Mboneni Mulaudzi, Saco’s marketing and communications manager.

“The report hopes to provide information, evidence and data that helps position the sector as an important economic contributor and one that creates employment to a large number of South Africans,” he adds.

In addition, Mulaudzi points out that the sector contributes 2.97% to the South African economy—- which is more than what was previously thought. In 2017, Saco found that 2.77% of employed people in South Africa were employed in cultural occupations, and that creative economy employment accounted for 7% of all jobs in the country. That means that in South Africa at the time, 1.14 million jobs were cultural or creative, or linked to the field in some way.

When South Africa went into lockdown three years later, Saco calculated that 95% of creative professionals surveyed had their work either cancelled or indefinitely postponed. This did not only affect creatives but also disrupted an entire chain of people in various sectors, from suppliers of sets and materials to ticket sellers and concession stand workers.

Saco found that the cultural and creative industry contributed 1.5% to  South Africa’s GDP in 2018, with R74.39-billion. This climbed to around R84.2-billion in 2019. (The next largest sector was agriculture, which made up around 2.4% of GDP). By 2020, the cultural and creative industry’s contribution to South Africa’s GDP shrunk by R42.2-billion to about R42.1-billion.

Saco explains that this is due to mainly three reasons. Firstly, the direct economic effects were caused by an external shock — in this case, the pandemic and introduction of lockdown — which halts operations causing a decrease in “job creation, production, business sales and household income.” Secondly, indirect economic effects occur when those supplying goods and services are affected by the external shock and are unable to operate to their full capacity, which potentially impacts the incomes of individuals. Finally, the induced impact represents changes in consumer habits as people are forced to prioritise in a different way than before, changing the way they spend on food, clothing and shelter — which impacts the businesses where they usually had spent their money. Saco explains it best:

“If a production is cancelled, the initial impact is the loss of income for the producer who is unable to pay wages or show a profit. Indeed, there may be sunk costs (such as the rent of the theatre that may be non-refundable). These are the direct effects. As a result of the lockdown, the firm will no longer require a theatre, or costumes, or any other inputs required for the production. These are the indirect effects.”

As people began to cut back on their spending, the arts subsequently suffered. Especially hard-hit were sectors in the creative industry such as the performance and celebration domain, where Saco reported that 63% of workers in this area who surveyed said they were either unable to work or only able to work in a minimal capacity. Operations that required large groups of differently-skilled workers for in-person production — such as film sets — also struggled tremendously. Artists and crafters as well as institutions whose work depended on tourism and feet over the threshold were also severely limited in getting their work out there. Overall, the report shows that 95% of their respondents had jobs cancelled or indefinitely postponed in 2020 from the beginning of lockdown.

Mulaudzi explains that Saco’s findings are shared with the Department of Sport, Arts and Culture, and the report is supposed to guide both policymakers and the industry in decisions they make about the industry.

“This also assists in government’s budget allocation as the industry is no longer seen as an insignificant sector that only entertains the nation, but is viewed as a serious employment creator that makes significant economic contribution.”

And so while Minister of Sports, Arts and Culture Nathi Mthethwa — the very person who should be looking out for creatives — is planning a 100m flag pole in the name of heritage, the sector is still struggling. The report clearly shows that when the sector is thriving, it makes an impressive contribution to the country’s economy, and what is needed now is probably more than a flag; those working in the creative industry need to be empowered so that they can come out the other side of this crisis.

“If Minister Mthethwa is serious about social cohesion and nation-building, he must recognise that the socio-economic challenges that South Africa faces will require far more than a few decorations to address,” said the DA’s Tsepo Mhlongo.

In response to criticism, Mthethwa said: “There’s never been a situation where we are transforming spaces and people said it’s the right time or people said that the budget is right. People will tell us about schools and clinics, but our mandate is different.”

He is correct, the arts sector does have a different mandate, but as the Saco report pointed out, that mandate also lies with those working in the sector, those who are creating art that inspires and empowers South Africa. We need them, and they need us. DM/ML