How the life and death of Clare Stewart entreats us to... 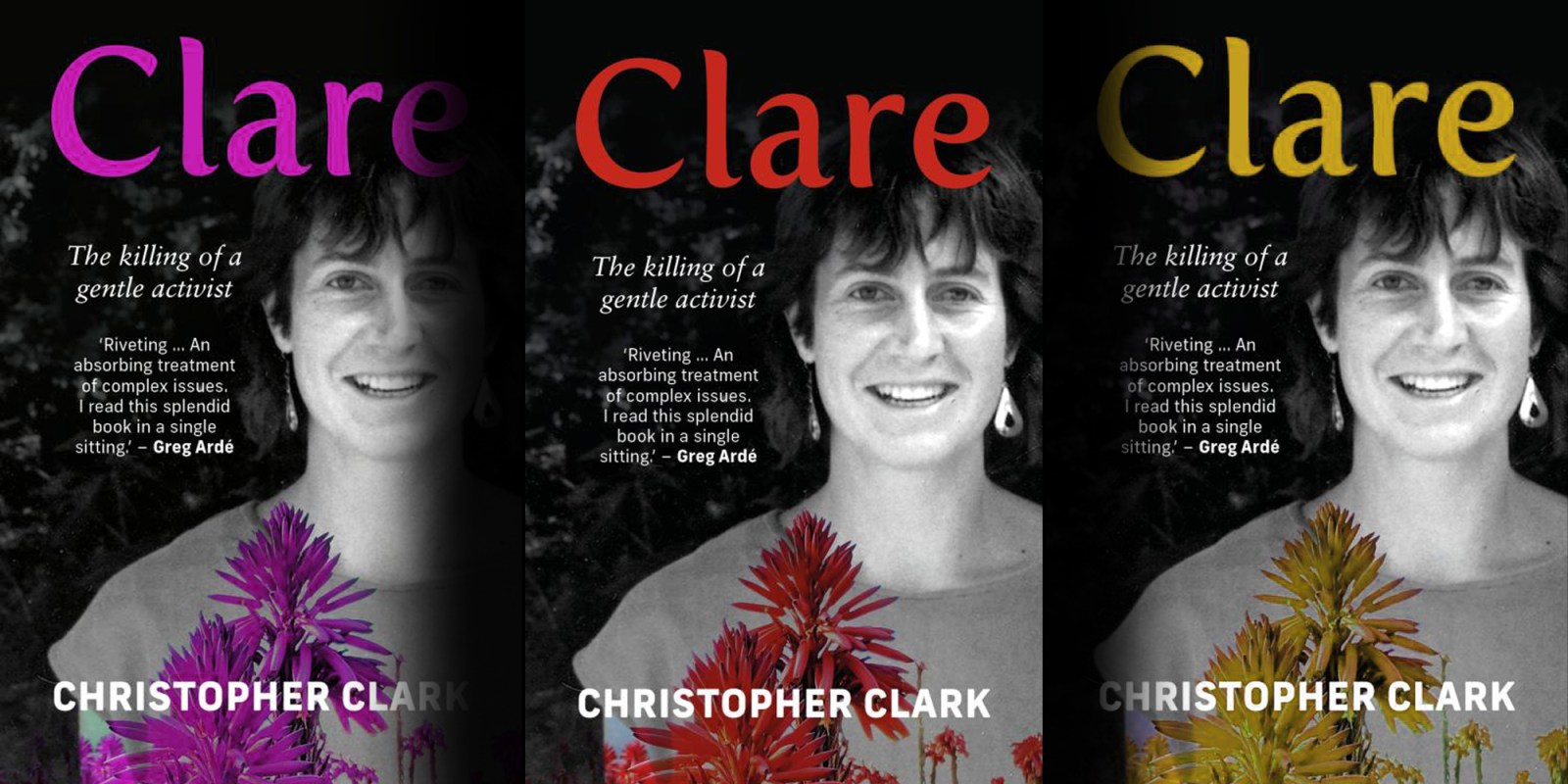 ‘Clare — The Killing of a Gentle Activist’, journalist Christopher Clark’s just-published investigation into the life and unsolved murder of Clare Stewart in 1993, provides a unique and heart-wrenching journey into the still relentless violence that grips KwaZulu-Natal.

Still a nation of pallbearers

Clare Stewart’s murder was just one of more than 20,000 that took place in South Africa between 1984 and 1994, with thousands killed as bloody battles raged between the state-backed Inkatha Freedom Party and the ANC and UDF in KwaZulu-Natal.

“A nation of pallbearers” is how South Africans were described at the time by poet and author Don Mattera, who was witness to the madness.

We are still a nation of pallbearers as the interministerial committee “looking into political killings in KwaZulu-Natal” revealed in February 2022. More than 250 assassinations or political killings have been investigated since 2018, with 32 successful convictions. Daily, activists and members of rival ANC factions are mowed down in brazen killings.

Those who abducted Stewart, a 34-year-old single mother of two, tied her hands before shooting her in the head. They have never been identified or apprehended. Her body was found in a shallow grave near towering red aloes in a valley below a road near Ingwavuma, two weeks after she was abducted.

The assassination left two young children motherless and shattered a family that had been deeply invested, as progressive Catholics, in social justice. The Stewart family had lived in Kenya, Malawi, Zimbabwe, the UK, the US and South Africa. Clare was born in Marymount Hospital in Johannesburg.

Stewart was a development worker who had taken on a job with a cattle project in Manguzi four years before her death. She was also a member of the ANC and its military wing, Umkhonto weSizwe (MK).

Stewart was murdered a year before the country held its first democratic elections. Her daughter Puleng, whose father Sipho Cele, a trade unionist and ANC activist who had been abducted and tortured by the security police also in 1993, was 18 months old when her mother was killed. Her son, Themba, was 10 and in boarding school.

In 1997, the Truth and Reconciliation Commission (TRC) reopened a special investigation into Stewart’s murder, but even two seasoned investigators — Erik Kjaergaard, a Danish police detective, and Gail Wannenburg, who had done extensive fieldwork for Lawyers For Human Rights in KZN — found only dead ends, lost documents, silent community members and terrified witnesses who had never been interviewed by police.

Although all evidence pointed to state involvement, many unanswered questions remained.

And so justice for Clare Stewart, as for Nokuthula Simelane, Fort Calata, Matthew Goniwe, Sicelo Mhlauli, Sparrow Mkhonto and so many other activists brutally assassinated by apartheid-era death squads remains elusive. This is while the National Prosecuting Authority has undertaken to speed up apartheid-era prosecutions.

Enter Christopher Clark, who was born in the UK, but is now based in South Africa as a multimedia journalist and documentary filmmaker. He first encountered the story of Stewart’s life, the cooperative cattle farm she had set up in Manguzi and her still unsolved murder in 2012.

“I have often pondered the mysterious alchemy that pulls certain people into our orbit at particular stages of our lives,” Clark writes. The story remained on the periphery of his world until a set of circumstances dovetailed to turn it into “an obsession”. The result is this book.

It is through those who knew and loved her, those who were left behind — her two children Themba and Puleng, her siblings John, Peter, Alice and Rachel, her colleagues, friends and fellow activists — that Clark embarks on his difficult mission to excavate Stewart’s remarkable life while hoping to expose her killers at the same time.

It is a storyline that winds its way back to contemporary South Africa in the aftermath of Stewart’s assassination and how this callous act inexorably altered the lives of Themba and Puleng. Part of the intimacy of the book is how Stewart is brought home to her children, who are now adults, through cooperating with Clark and his book, which bubbled for more than 10 years.

Clark also attempts for the third time, as an investigative journalist, to find a path to the door of the killers and those who ordered that Stewart be taken out. The writer originally published a three-part series on his investigation in the online journal New Frame in February 2020, but vowed later to finish the book, which he did in 2021.

Countless ghosts watch over the bloodlands of KZN and other rural and urban battlefields across South Africa — too many, each with a personal story and a family facing agony, anguish and loss.

So why should Stewart’s life and death be any different or special?

It is this question as well as explorations of his motives and role in the research and writing of this story that renders Clark’s telling, untelling and retelling such an engrossing and entirely unusual read.

His is a text full of complexity and discovery, of investigative journalism, history and of his deep personal connection to a story and a place, South Africa, he has come to call home.

Although the early part of the book is excellent journalistic narrative non-fiction firmly based on research, interviews, photographs and documents, the latter part traces Themba, Puleng and their extended family’s reconnection with a deeply painful past, bound forever by Clare, the trauma of losing her and the meaning of her legacy.

It is a deeply touching story that is best left told by the author and Stewart’s children, siblings, colleagues and friends themselves.

Clark’s book is another important branch of a large tree of post-apartheid narrative non-fiction and fiction that still searches for the truth, wholeness and some sense of a future.

The author has restored Stewart’s life and legacy, as fully as possible. It is one of which her children can be mighty proud. DM

Clare — The Killing of a Gentle Activist is published by Tafelberg.