Another Abahlali baseMjondolo leader murdered, shot four times in the back 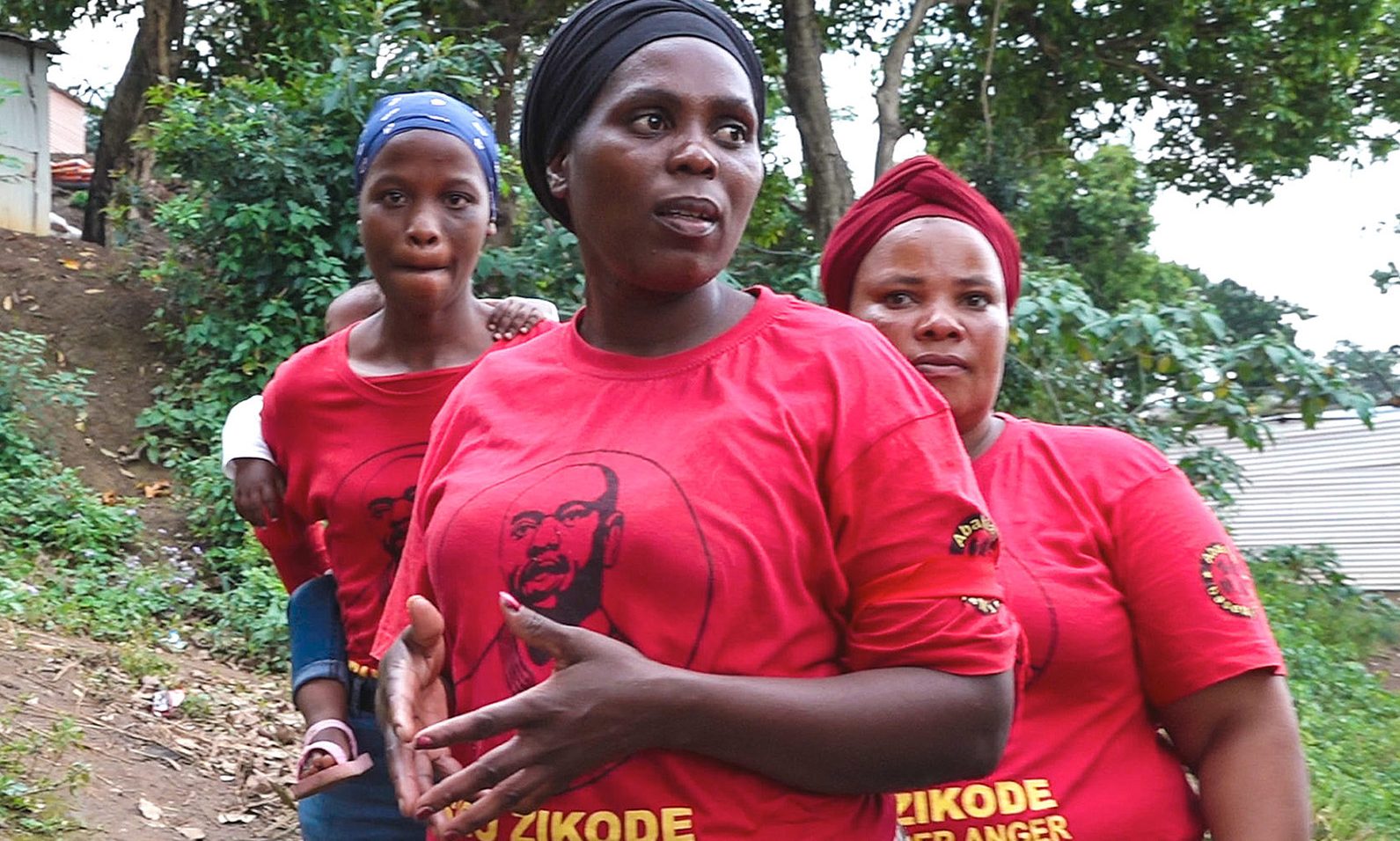 Abahlali base Mjindolo leader Nokuthula Mabaso (standing in the middle) was shot dead on 5 May 2022. (Photo: Nomfundo Xolo)

The shack dwellers’ movement has hailed Nokuthula Mabaso as a soldier.

Yet another shack dwellers’ movement leader has been gunned down.

Ngila was shot on 11 March after spending six months in jail for murder and conspiracy to murder. Mabaso was with Ngila at the time. She escaped with her life. The organisation says that Mabaso’s killing brings the total killed members to 23.

In a statement the shack dwellers’ movement noted that Mabaso was shot dead on her way back from a meeting with members about the court case of Khaya Ngubane, who is accused of attacking Abahlali baseMjondolo member Sniko Miya with an axe on 6 March.

“She was shot five times, four [from] the back. The other women rushed to her when they heard the gunshots. She was still alive when they found her. She died in their hands.

“Nokuthula was one of a number of people who witnessed the murder of Ayanda, and could potentially have been a witness if the matter went to trial. She was also the main respondent to the eviction case that was brought by the municipality in eKhenana. She played a key role in fighting for the occupation, and in turning the occupation into a commune,” read the statement.

Abahlali described Mabaso as “a powerful leader in the eKhenana commune and the Women’s League. A soldier in our movement who ensured that more than a hundred families have land and roof over their heads is no more”.

The shack dwellers’ movement alleges that it is being targeted politically.

Abahlali has led flood relief efforts for those living in informal settlements in KwaZulu-Natal. It has coordinated delivery of food parcels and rebuilding efforts, as well as held vigils for those who died in the disaster.

Deputy president of Abahlali, Mqapheli Bonono told Maverick Citizen that the organisation is helping Mabaso’s family with funeral arrangements, in recognition of her dedication to her community and work to realise decent housing.

“We will be following up on this with the law in order to get justice. Our people are being brutally killed. Just a month ago we were burying Ayanda Ngila, who was killed in broad daylight and now we have to bury Nokuthula. Our organisation is in mourning,” Bonono said.

The organisation laments sending a report of their victimisation to the South African Human Rights Commission. Maverick Citizen asked the SAHRC about that report, but had not yet received a response at the time of publication.