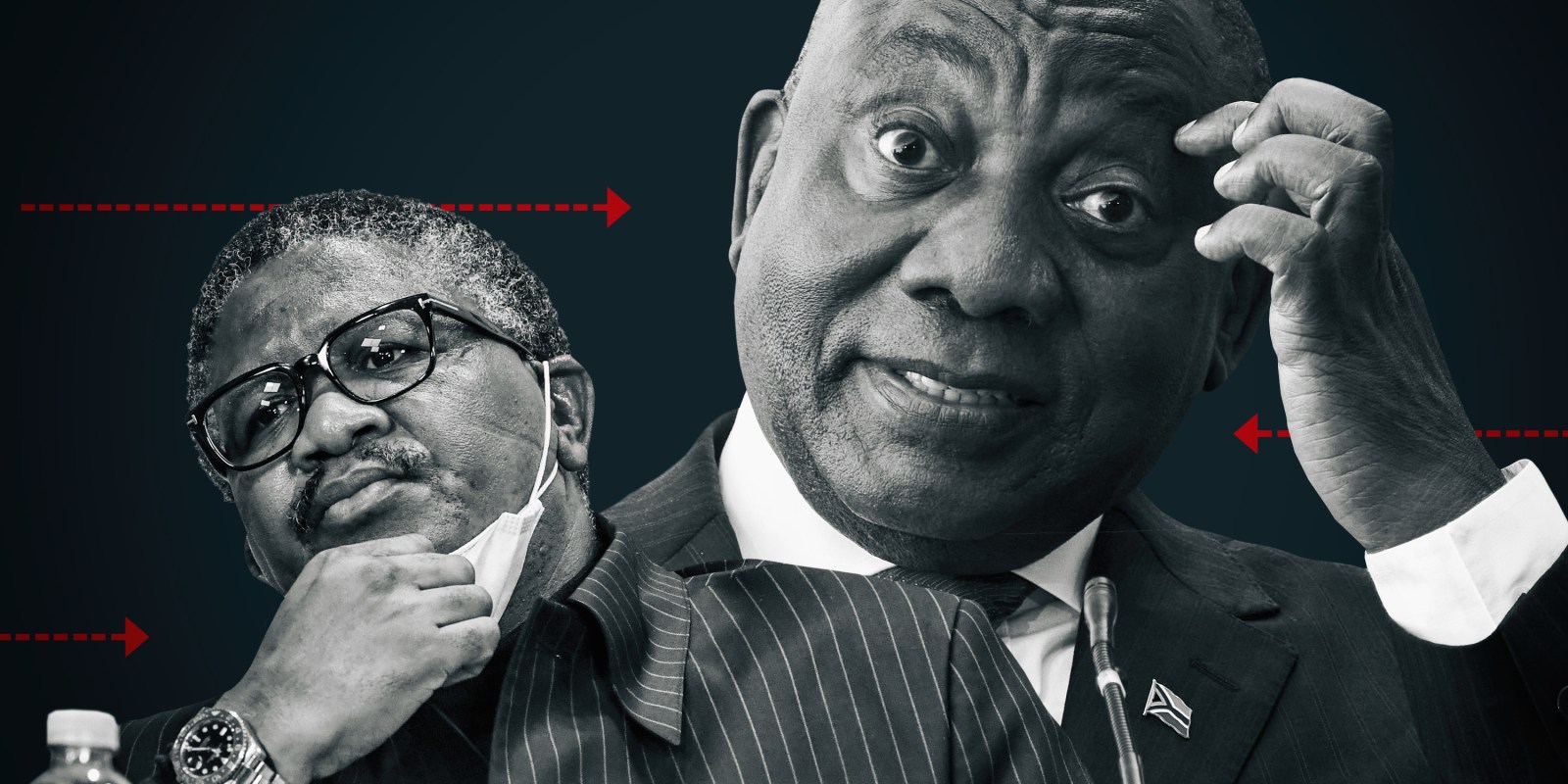 While President Cyril Ramaphosa still appears to be the dominant political figure in the country, certain dynamics and personalities exemplify the limits of his power. Such a person may be Transport Minister Fikile Mbalula.

Despite Transport Minister Fikile Mbalula’s lying, bombast and generally weird behaviour unbecoming of a Cabinet minister, Ramaphosa is not moving against him. Neither has the president moved against Tourism Minister Lindiwe Sisulu, who actually accused him of lying. This suggests that, for the moment, there are important boundaries to Ramaphosa’s power and that these limits are set by the ANC and not our society.

This may be important as it shows, once again, how the ANC is losing touch with voters — that for its own internal reasons it is not able to take action against people whom many voters disapprove of on a daily basis.

Over the weekend, the Sunday Independent reported that Ramaphosa had told Mbalula to leave a virtual Cabinet committee meeting after he had not properly prepared for the discussions. Minister in the Presidency Mondli Gungubele has angrily denied the report, saying that it’s not true.

Mbalula has also recently claimed, on Twitter, that he had “Just landed in Ukraine”. He was lying. When he was confronted with this tweet he simply refused to discuss it.

At the moment, Mbalula appears to be making promises and announcements at a high rate, even for him. He appears to be having press conferences often, claiming that the railway network will be expanded, that Prasa will be fixed, that e-tolls will soon come to an end. The list goes on.

But Mbalula has also shown himself not to live up to his promises.

When he took Prasa into administration at the start of the pandemic, he could not explain which section of the law allowed him to do so. In the end, inevitably, the decision was overturned in court.

More recently, it has emerged that he has been trying to help the suspended CEO of Prasa, Zolani Matthews, telling him in WhatsApp messages that the board was going to remove him in order to continue with its “self-enrichment” scheme.

This is a minister, going around a board and speaking directly to a CEO, and making claims against the board.

All of this suggests that Mbalula’s continued Cabinet presence is hard for Ramaphosa to justify.

This may be further illustrated by an interview given by Gungubele to this writer on SAfm on Tuesday morning, where he was asked about the Sunday Independent report and his reaction to it.

Grootes: Okay — so we can assume that Fikile Mbalula is properly prepared for the meetings that he attends?

Gungubele: That is not what we are going to discuss with the media. We don’t discuss those issues, these are confidential matters Stephen, these are Cabinet discussions.

Grootes: Okay — so you can’t tell me if a minister is prepared or not for meetings?

Grootes: Fikile Mbalula recently tweeted that he landed in Ukraine — it was clearly a lie — it was not true — he was asked about it — and he refused to discuss it — so we have this lie from a Cabinet minister that is just out there… is the President going to act against him for that?

Gungubele: That is a different story now, in so far as the question you raise is concerned, Stephen. That one is a matter that can probably be handled by discussions between the minister and the President.

But there is other evidence of the limits of Ramaphosa’s power here.

Earlier this year, after a face-to-face meeting with Ramaphosa, Tourism Minister Lindiwe Sisulu claimed, through a media statement, that Ramaphosa had lied. She said she had not accepted that she was wrong to publish an opinion piece in IOL insulting black judges and the Constitution.

This means then, that Ramaphosa has one Cabinet minister who clearly lied, and another who has accused him, in public, of lying, and yet he has not made any moves.

This points to a fragile balance of power within the ANC; there are also no obvious candidates Ramaphosa can appoint to their positions.

However, it may also suggest what could be a big disconnect between the electoral demands facing the ANC and the demands of its internal constituencies.

There is very little evidence that either Sisulu or Mbalula actually have a strong constituency in the real world. Certainly, no one appears to be campaigning for them for any position, no ANC regions or provinces have publicly displayed support for them and there appear to be few public gestures of support.

It is also clear that both the tourism sector and the transport sector are vital for voters, with tourism being a job generator engine. Transport literally affects millions of people’s lives every day.

And despite all the bombast from Mbalula, or the promises from Sisulu, there is little evidence that they are doing their jobs and working to improve the lives of voters.

And yet they stay in Cabinet.

That surely poses a risk to Ramaphosa.

Mbalula cannot even appear in public without facing criticism. He appears to be the only politician able to make comments that are condemned by both the taxi industry and the SA Council of Churches.

It is surely only a matter of time before he says something which embarrasses himself, Ramaphosa, the government and the ANC to an even more dangerous degree. Are Ramaphosa and the ANC prepared to risk losing the support of more voters, to keep someone like Fikile Mbalula in Cabinet?

In other words, will he remain unbreakable? DM