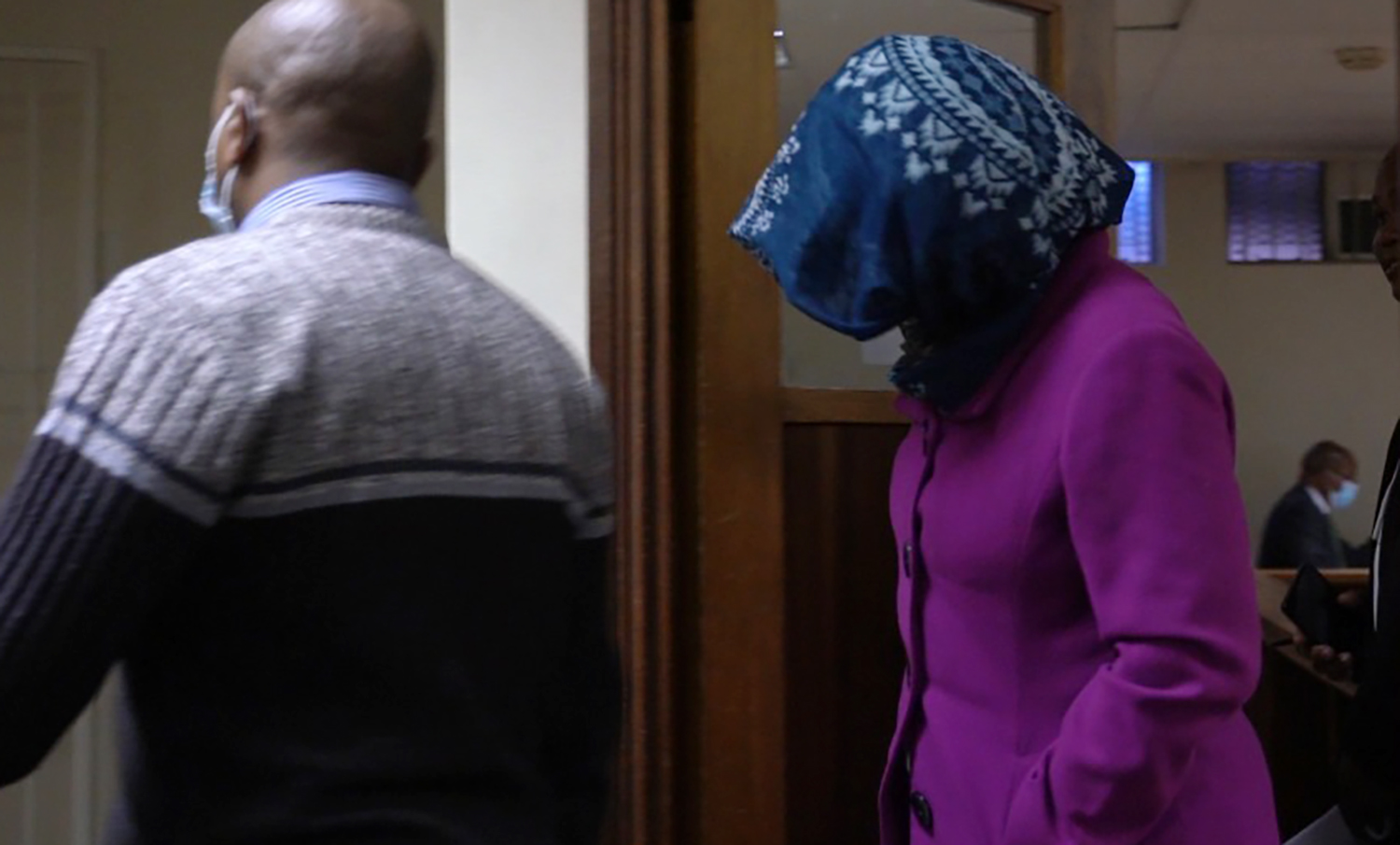 Lizeka Tonjeni appeared at the specialised crimes court in Pretoria on charges of corruption. (Photo: Supplied)

An official from a government entity managed by the Department of Cooperative Governance and Traditional Affairs has been arraigned over allegedly corrupt payments received from Digital Vibes. The controversial communications company secured a R3.9-million contract from the Municipal Infrastructure Support Agent in 2018, roughly a year before Digital Vibes clinched a much larger deal from the Department of Health.

The National Prosecuting Authority (NPA) has charged an official from the Municipal Infrastructure Support Agent (Misa) over allegedly corrupt payments from Digital Vibes — the communications firm at the heart of an ongoing corruption scandal involving former health minister Zweli Mkhize.

Lizeka Tonjeni, the Misa official, allegedly received payments totalling R160,000 from the company in the period between December 2018 and August 2020, according to the NPA’s charge sheet.

Tonjeni was granted bail of R5,000 after she had appeared at the Specialised Commercial Crimes Court in Pretoria on Tuesday, 24 May 2022.

According to a joint statement from the NPA and the Hawks, the accused handed herself in at the Pretoria Central police station after the Hawks’ Special Corruption Offences (SCO) unit had concluded its investigation.

Digital Vibes in 2018 scored a two-year contract valued at R3.9-million from Misa for communications services. Misa falls under the  Department of Cooperative Governance and Traditional Affairs (Cogta). At the time of the deal, the department was led by Mkhize.

Tonjeni, who had been working as a director at Misa, was the entity’s designated project manager for the Digital Vibes contract, according to the charge sheet.

According to Tonjeni’s Facebook page, she started working at Misa in 2013.

Tonjeni allegedly received eight payments from the communications firm ranging in value from R5,000 to R50,000 per payment, according to the charge sheet.

The charge sheet does not stipulate how the alleged kickbacks had been transferred to Tonjeni.

According to the NPA, Tonjeni is “guilty of the crime of corruption” in accordance with the Prevention and Combating of Corrupt Activities Act.

She also faces an alternative count of receiving unauthorised gratification while exercising her duties as a Misa official.

The company’s bid documents included supposed team members who, when contacted, stated that they had never done any work for Digital Vibes.

The bundle also featured supposed examples of previous work, including an annual report Digital Vibes claimed it had designed for the National Development Agency (NDA). The NDA’s actual annual report for that year, however, looked markedly different from the one included in the communications firm’s bid application for the Misa contract.

The NDA confirmed that it had never appointed Digital Vibes for any work.

In late 2019, Digital Vibes clinched a R150-million communications contract from the Department of Health (DoH).

This was after Mkhize had moved from Cogta to the DoH.

Scorpio has previously revealed that Mkhize and his family had financially benefitted from Digital Vibes’ DoH deal.

We also revealed that Mkhize had a close relationship with Tahera Mather, Digital Vibes’ alleged mastermind.

The Special Investigating Unit’s (SIU) own probe has confirmed some of the dubious payments and the unit has launched an ongoing legal bid at the Special Tribunal through which it hopes to have the DoH contract set aside.

The SIU also seeks to recover the monies channelled to Mkhize’s family and other recipients of the allegedly corrupt payments.

It is not clear if or when the NPA might bring charges against anyone involved in the allegedly corrupt deal.  DM