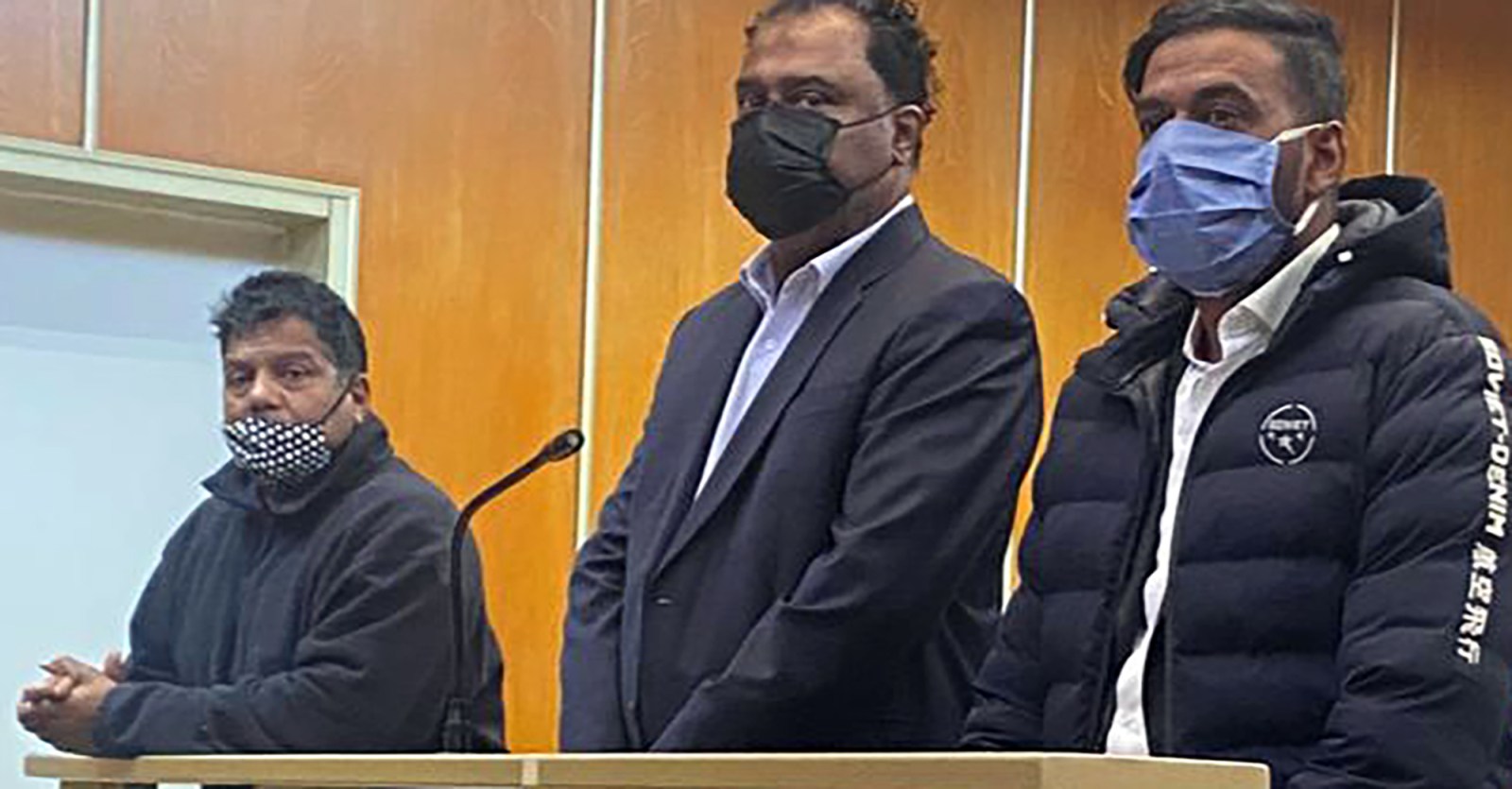 This comes after evidence was gathered in an undercover operation against Neil Naidoo, director of community police relations in the office of the province’s MEC for transport and safety, as well as against Kenny Govender, an ANC businessman in Nelson Mandela Bay, and Mathew Pillay, a businessman from Pretoria, after they allegedly negotiated a bribe of about R3,5-million.

Govender and Pillay are accused of using Naidoo as a facilitator in a scheme aimed at bribing a senior investigator and sergeant in the ID.

Naidoo’s job – as director for community police relations in the office of MEC Tikana Gxothiwe – entails a staunch anti-corruption stance.

Govender and Pillay are involved in a range of businesses which won millions of rands worth of questionable state tenders in which procurement processes may have been compromised, including a R36-million contract to supply office furniture to the police.

They appeared in the Magistrates’ Court A in East London on Monday morning, where they are expected to plead not guilty to two counts of corruption and defeating the ends of justice.

The ID investigators, probing the furniture contract which involves a network of police corruption linked to several lieutenant-generals and other senior police officers, reported the attempts at bribery, negotiated at about R3,5-million.

Scorpio will not name the investigators to shield their anonymity.

Headed by advocate Andrea Johnson, the ID set a trap under section 252A of the Criminal Procedure Act that allows law enforcement officials to conduct undercover operations as an investigative tool. The operation ran between March and April 2022, ID spokesperson Sindisiwe Seboka said.

Govender and Pillay, Naidoo allegedly told the ID investigators, were worried about their probe into a company called KJP Traders.

According to the charge sheet, first contact was established by Naidoo, who phoned the ID’s sergeant on 12 March 2022, saying that the owners of KJP Traders were worried and would want to meet to “iron out issues” around the investigation. The company, with its registered address in a dilapidated residential area at Croftdene in Chatsworth, Durban, has received millions of rands for supplying police offices around the country with furniture under various questionable contracts since at least 2016, Scorpio’s investigation suggests.

Overtly, Govender and Pillay are not linked to KJP Traders, whose sole director is Sarathamoney Devi Sigamoney, who describes herself as a “Sassa pensioner” who formerly worked at Checkers.

The shareholding of KJP Traders is unknown at the moment. According to the ID’s charge sheet, Govender and Pillay “directly or indirectly” own KJP Traders.

Some of the contracts to KJP Traders were awarded during the tenure of retired head of police supply chain management, Lieutenant-General Ramahlaphi Mokwena. We will refer again to Mokwena and his alleged misdeeds later.

The two ID investigators met Naidoo and Pillay in East London’s Harvest Weavers Hotel, where Naidoo allegedly asked them to stop the investigations into KJP Traders.

The senior investigator stopped the meeting when they realised a bribe was offered, claiming legal advice was needed.

Later that day and after the meeting, Naidoo apparently visited the sergeant at their residence, offering R5-million “to make the case go away”. Naidoo further allegedly promised to deliver a R1,50-million cash payment at their next meeting.

In early April, the NPA authorised the undercover operation.

The bribe was discussed during several meetings between the investigators and Naidoo in April, where they ultimately agreed on R3,5-million “to make the case go away”, the charge sheet claims. One of these meetings was at the NPA Offices in East London and included Govender.

In a telephonic conversation, Govender told the senior ID investigator that R1,8-million in cash would soon be delivered.

On 14 April, Naidoo allegedly paid – in a box stuffed with cash – R1,5-million to the two investigators at the behest of Govender and Pillay. He apparently pocketed R300,000.

During these conversations, Naidoo, Govender and Pillay made references to other police contracts they were involved in. More bribes may be forthcoming, they allegedly offered. The ID decided to string them along. The bribe, in the meantime, has been sealed in evidence bags and locked away, Scorpio understands.

The project was apparently terminated after it became clear that no further cash payments would be made. The suspects allegedly instructed the ID investigators to interfere with police contracts and personnel, and Johnson’s ID decided to arrest the accused.

Earlier in 2022, Mokwena sobbed in the dock of the Specialised Commercial Crimes Court sitting in Palm Ridge, asking for bail. He and 14 others are accused of allegedly defrauding the police of R1,9-million in Covid-19 personal protective equipment (PPE) tenders. His co-accused include top cops, former national commissioner Khomotso Phahlane and deputy national commissioner Bonang Mgwenya.

Govender is a Nelson Mandela Bay businessman, sports lover and former shareholder in the Kings rugby team. He was also a director of SA Super Rugby.

It is not his first brush with police tender controversy.

By 2015 about half of the contract value was paid to Integcomm, despite the company entering into business rescue in 2012. By then, only 14 out of more than 200 TETRA sights were completed, configured and operationalised. Probes into the matter fizzled out.

At one stage, Integcomm provided communication systems support to the Airbus Group.

Scorpio understands the current bribery case is a precursor to more arrests of senior police officers. If the ID can pull this off, it is not only an important step towards consequence management for the upper echelons of power, but may also signal that Johnson, as the new head of the ID, has the reins firmly in hand. DM

Update: The accused’s bail hearing is due to be heard on Tuesday.