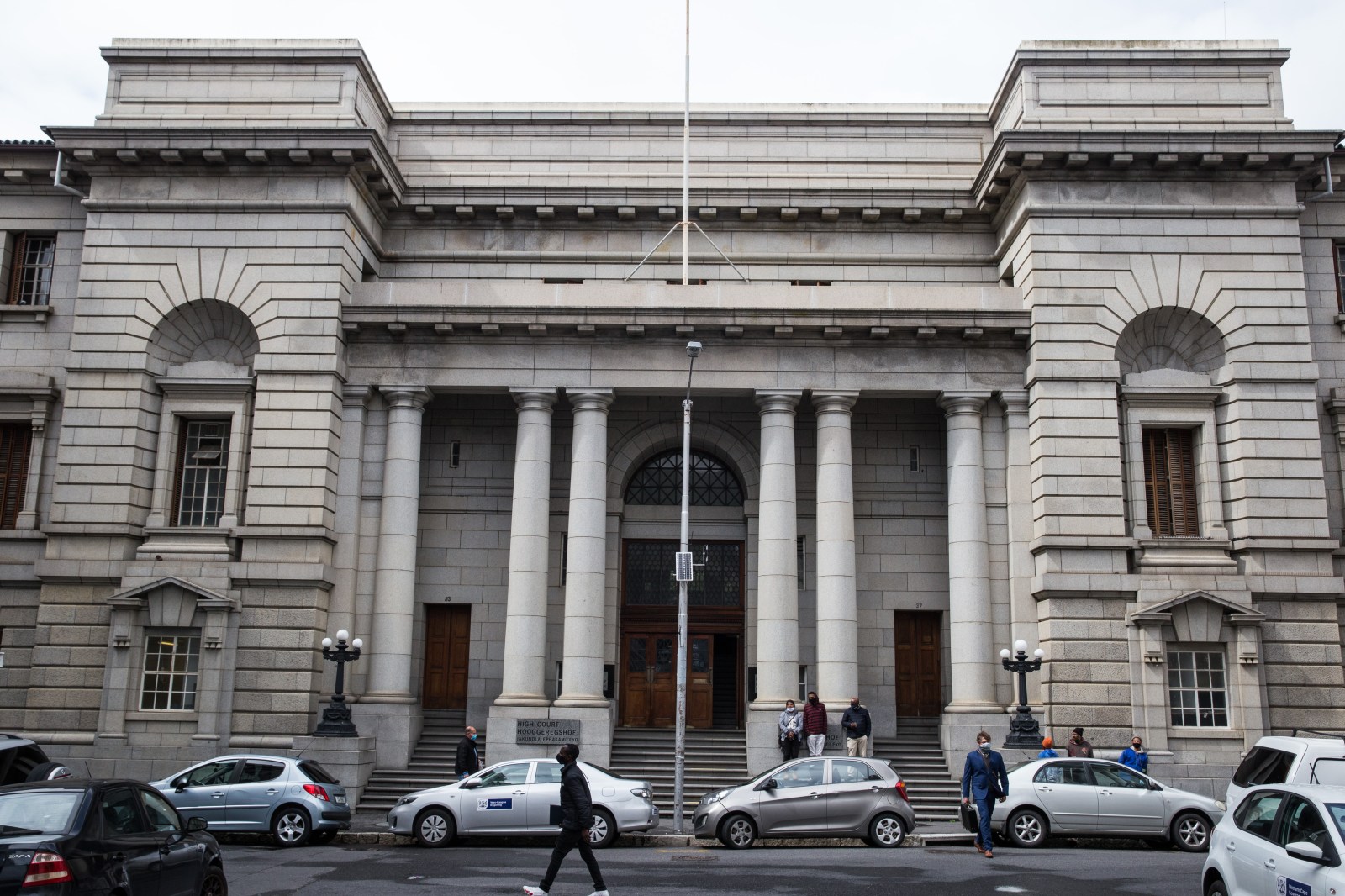 The Western Cape high court has ruled that certain provisions of the Immigration Act and its regulations are unconstitutional. (Archive photo: Ashraf Hendricks)

Office of the Chief Justice and Judge President John Hlophe silent on why Acting Judge Bernard Martin has taken so long to hand down his ruling.

A judgment reserved in the Western Cape high court has been delayed for about 15 months in a matter about emergency housing for families facing evictions in the Drakenstein Municipality.

GroundUp first reported that the judgment in the matter was reserved by Acting Judge Bernard Martin in February 2021.

Eric Lolo, a farm dweller from Wellington and his daughter Berenice Fransman, brought the case against the municipality when he was served with an eviction order in 2015 with no alternative accommodation provided for him and his daughter. According to the court papers, Lolo brought the case on behalf of himself and other farm dwellers in Drakenstein in the same situation.

The aim of the court case was to hold the municipality accountable for providing emergency housing in Drakenstein, particularly for those living in rural areas.

In the court papers, the applicants said that there was a shortage of emergency housing for evictees in Drakenstein and the municipality further had failed to prioritise emergency housing in its budget, despite the increasing number of evictions. Women on Farms Project was admitted as an amicus curiae in the matter.

The matter was first heard in court in August 2020 and then continued in February 2021, after which judgment was reserved. But the judgment has still not been handed down 15 months later, though judiciary norms and standards state that judges should make every effort to hand down reserved judgments no later than three months after the last hearing.

The attorneys representing Lolo wrote to Acting Judge Martin and to the office of Western Cape Judge President John Hlope expressing concern about the matter taking so long.

“The failure by Martin to provide any indication as to when judgment can be expected in this matter is of grave concern to my clients and ourselves,” the letter said. The letter reiterated the duty of a judge to deliver reserved judgments diligently.

Clarity was requested about when Acting Judge Martin’s term of appointment expired, how many judgments he still had reserved and outstanding, and whether this had been divulged to the Judge President.

The letter said the delay continued to “undermine the administration of justice and disregard my clients’ rights” and the lawyers would bring it to the attention of the Judicial Service Commission (JSC).

No response has been received to the letter, which was dated 22 March 2022, according to attorney Johan van der Merwe, representing Lolo.

GroundUp attempted, without success, to get a response from Nathi Mncube, spokesperson in the Office of the Chief Justice, from Judge Martin and from Judge Hlophe. DM