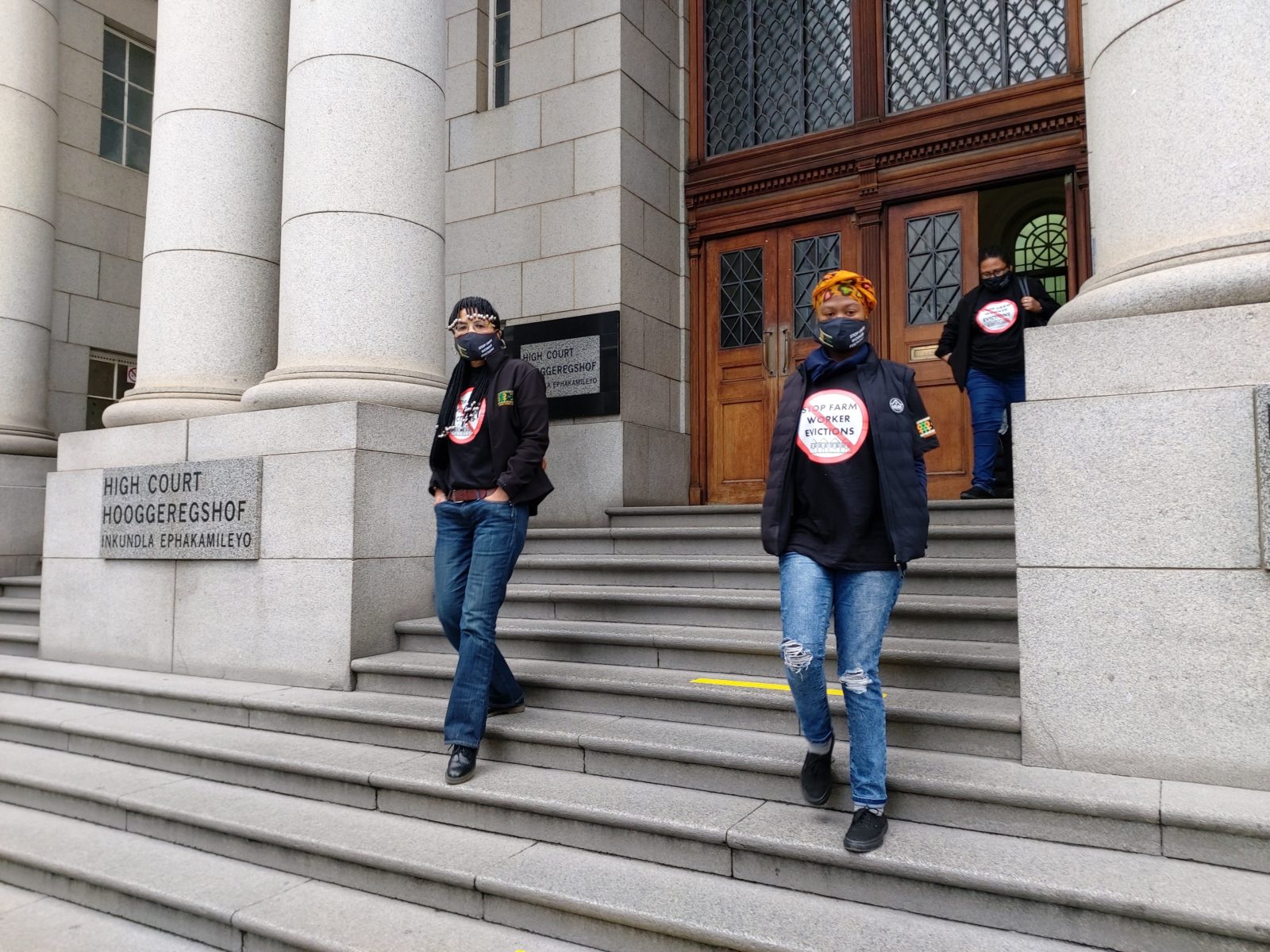 Co-director Colette Solomon and other members of the Women on Farms Project leave the Western Cape high court in August last year where a case over the Drakenstien Municipality’s emergency housing plan was being heard. This week, judgment was reserved for a month. (Archive photo: Liezl Human)

Court was ‘left to speculate’ about the municipality’s emergency housing plan, argues advocate.

It is unclear how much emergency housing the Drakenstein Municipality has created since 2012 — when it first acknowledged the escalating crisis of tens of thousands of farmworkers facing eviction in the region. This was part of the argument raised by advocate Peter Hathorn, who represented a Wellington farm dweller in the Western Cape high court on Monday.

Eric Lolo, who faces eviction, brought the case on behalf of himself and other evictees in the area. The purpose of the court hearing is to hold the municipality to account for the manner in which it implements its emergency housing plan.

Hathorn previously argued that the municipality breached its constitutional and statutory obligations by not taking reasonable steps to provide emergency housing for evicted farm dwellers living within its area of jurisdiction.

On Monday, Hathorn said that during the last hearing in August 2020, the court was “left to speculate” about these “emergency housing opportunities”.

Advocate Mark Greig, for the Drakenstein municipality, has argued that a supervisory role by the court over the municipality’s emergency housing plan would amount to judicial overreach.

This week, Greig said that a supervisory order from the court would be “untenable”. He said that the municipality gave the court “lengthy exposition” on projects it has done to address the crisis.

Greig told the court that “every municipality in this country would be non-compliant” if successful emergency housing meant that each and every person would be assisted.

Acting Judge Bernard Martin reserved judgment until both parties submitted additional arguments for consideration. He gave both legal teams a month to respond.

Martin said that it was necessary for the court to have “a clear criteria for success or failure” before ruling on the matter. DM