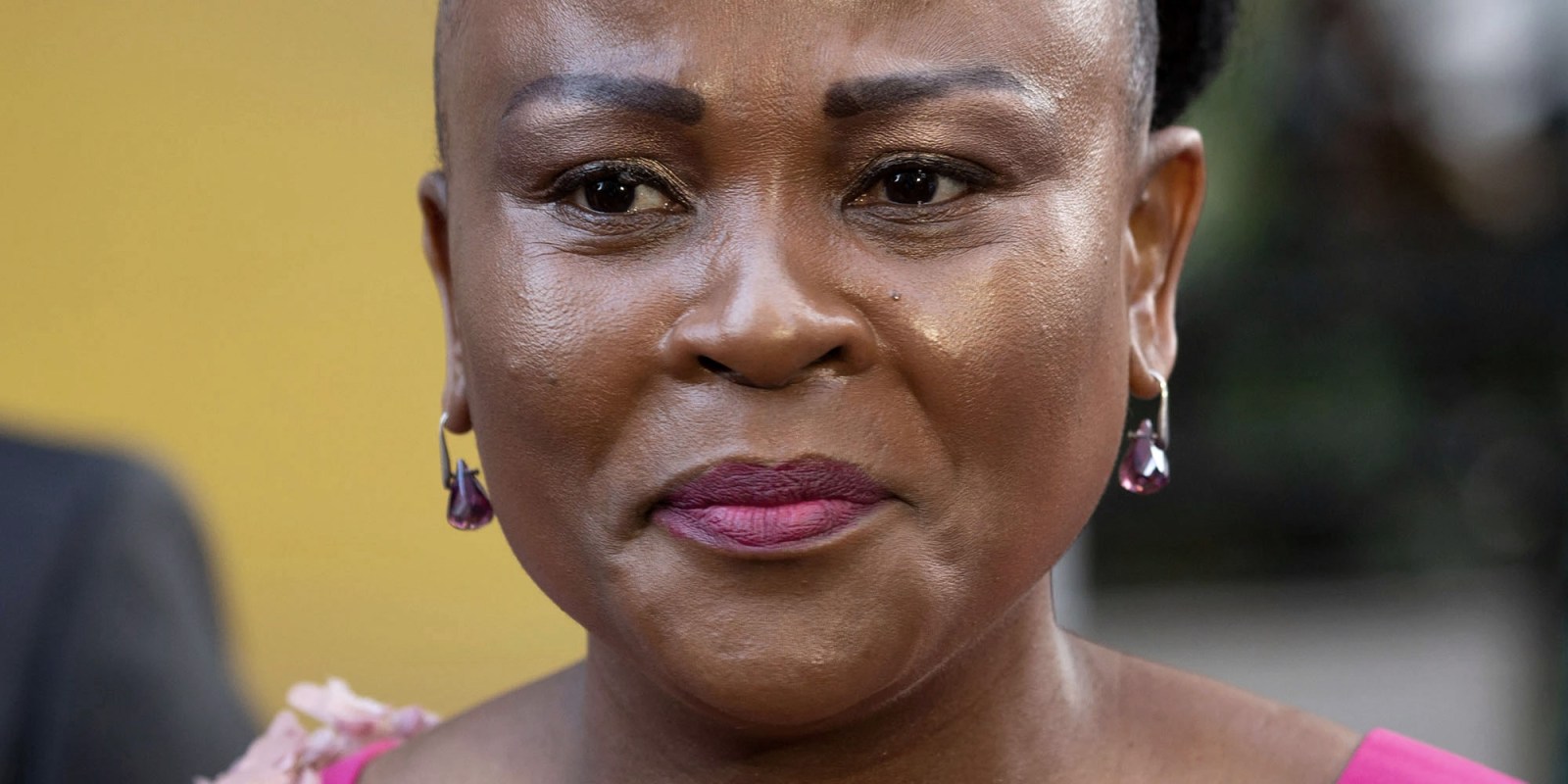 Does Busisiwe Mkhwebane’s fight for continued stay in the Public Protector office help anyone’s greater agenda? What is achieved by her clinging to office at any cost? And why is she doing it?

As Parliament prepares to hear arguments both for and against Public Protector Busisiwe Mkhwebane’s continued career as Public Protector, she has given every indication that she would use whichever legal avenues are available to prolong her stay. In some cases, she may even be repurposing some of these avenues. She may well have already lost the bigger battle, however: her fight to stay in office may have lost her moral legitimacy in most parts of our society.

Last week the Parliamentary committee investigating Mkhwebane’s fitness for office resolved to press ahead with the process as there was no legal reason why it could not, or should not, do so. It has summoned the Public Protector and says it will hear from both her and members of the public on the issue.

Meanwhile, she has gone back to the Constitutional Court, asking the same set of judges, for a third time, to prevent Parliament from going ahead.

Technically, she is asking judges to change their own decision not to rescind their earlier ruling that Parliament can indeed go ahead with the impeachment process. This is the first time in our legal history that one panel of judges has been asked the same question by the same person.

One of her critics, Deputy Communications Minister Philly Mapulane, says this is proof that she is “clutching at straws”.

But her spokesperson, Oupa Segalwe, says that the Constitutional Court has in the past rescinded one of its rulings which justifies her first rescission application. He also says this latest application is justified because it emerged that a person called Ismail Abramjee had sent an SMS to one of Parliament’s advocates in the case, claiming he had it “on good authority” that Parliament would win and Mkhwebane would lose.

Abramjee has told News 24 that his SMS was not based on inside knowledge but only on his own analysis. Why he chose to claim that his own analysis was on “good authority” is not understood.

While these legal fights continue, it appears Mkhwebane is not averse to opening up other battles.

Mapulane’s claim that she was “clutching at straws” was made in a tweet, in which he said:

“So the Concourt must now be drawn into entertaining gossip by a ‘legal analyst’? This one is one is clutching at straws, wasting everyone’s time and postponing the inevitable”.

(In 2017, Daily Maverick’s Pauli van Wyk was the recipient of a similar demand, which was not entertained – Ed)

“This one is taking chances. Trying to silence us? NEVER! The right to freedom of expression as enshrined in our Constitution is the cornerstone of our democracy for which we fought for, no lumpen constitutional delinquent is gonna take that away from me.”

The Act is almost certainly unconstitutional when it says that no one may “insult the Public Protector…” No other person or position in the country appears to be given the same explicit protection.

Segalwe argues that while this may be the case, the Public Protector has the duty to enforce the law as it currently stands.

While this may be her belief, it was not a belief shared by at least one of her predecessors.

Professor Thuli Madonsela was insulted by many quarters during her time as Public Protector. At one point, senior people in government, based on a blog post, even claimed that she was a CIA agent.

And yet she never used this clause to threaten anyone.

While Mkhwebane is fighting legal battles on different fronts, the legal bills are surely mounting. She has not answered questions in Parliament about how much of her office’s budget has been spent on just these costs alone. It is surely not a cheap set of hopeless exercises.

However, a much more fundamental shift may be occurring in the meantime.

While Mkhwebane still occupies the office of Public Protector, it may be that whatever legitimacy she enjoyed when she arrived in late 2016, whatever moral authority she has had, is either ebbing or has gone completely.

This can be difficult to properly assess. But there is little evidence that Mkhwebane is able to command much support from people. She is never asked questions by the media on issues around morality, in the same way that perhaps people like Madonsela or former Deputy Chief Justice Dikgang Moseneke are.

At the same time, her decisions in office are often disputed by the people they affect. If she is wrong on the law or in her findings of fact, her decisions have then been overturned by the courts.

While it may be tempting to think this process of her losing her moral authority has only begun now, it really is the result of a much longer process.

It began with her finding, in the Absa CIEX Report case, that the Reserve Bank’s mandate should be changed. This was a finding well outside the scope of her power (she “ordered” Parliament to change its policy), and the scope of the complaint (it was not something the complainant, Paul Hoffman, had asked her to investigate at all).

It then emerged that in the course of making her findings she had held a meeting with officials from the State Security Agency. And that during this meeting a handwritten note was produced in relation to a discussion about the Reserve Bank asking “how are they vulnerable”.

It was possibly from this point on that those who criticise Mkhwebane came to believe that she was directly working for a political faction.

If that was a reflection of reality then, there is no indication that she has changed course since.

However, despite all of the court battles and threats, it is not entirely clear what anyone gains from her remaining in her position now.

Mkhwebane may win some court battles, or delay the process long enough to remain until the end of her term. But, apart from the actual occupation of her office, what damage has she managed to inflict?

She can attempt to use the power of her office to instigate more investigations into certain people, as seen by her enthusiasm for probes into President Cyril Ramaphosa and Public Enterprises Minister Pravin Gordhan. Or even the National Treasury.

And while her moral authority is waning it may be this power, to generate headlines in the RET-supporting media, is the real reason for her clinging to office.

In the real world, her findings often can’t stand up to legal scrutiny so they are discarded.

Instead, it may be that the longer she fights on, and the longer she insists on picking fights that she has no hope of winning (as in the case of her letter to Mapulane, it is impossible to believe a successful prosecution can follow for a case of insulting the Public Protector), the weaker her public position becomes.

It may also be that the longer this goes on, the weaker her public protestations that she is acting in a neutral manner and in accordance with her Chapter Nine position.

Of course, there is another consequence to this. Which is that the office of the Public Protector, established to focus on protecting people against big powerful institutions, does not appear to be focussing on that role at all, but rather on protecting Mkhwebane.

Whoever ends up replacing her will not only have to deal with her toxic legacy, but also real-world consequences of the years when the SA public really didn’t have its champion. DM