What the climate crisis will do to your food 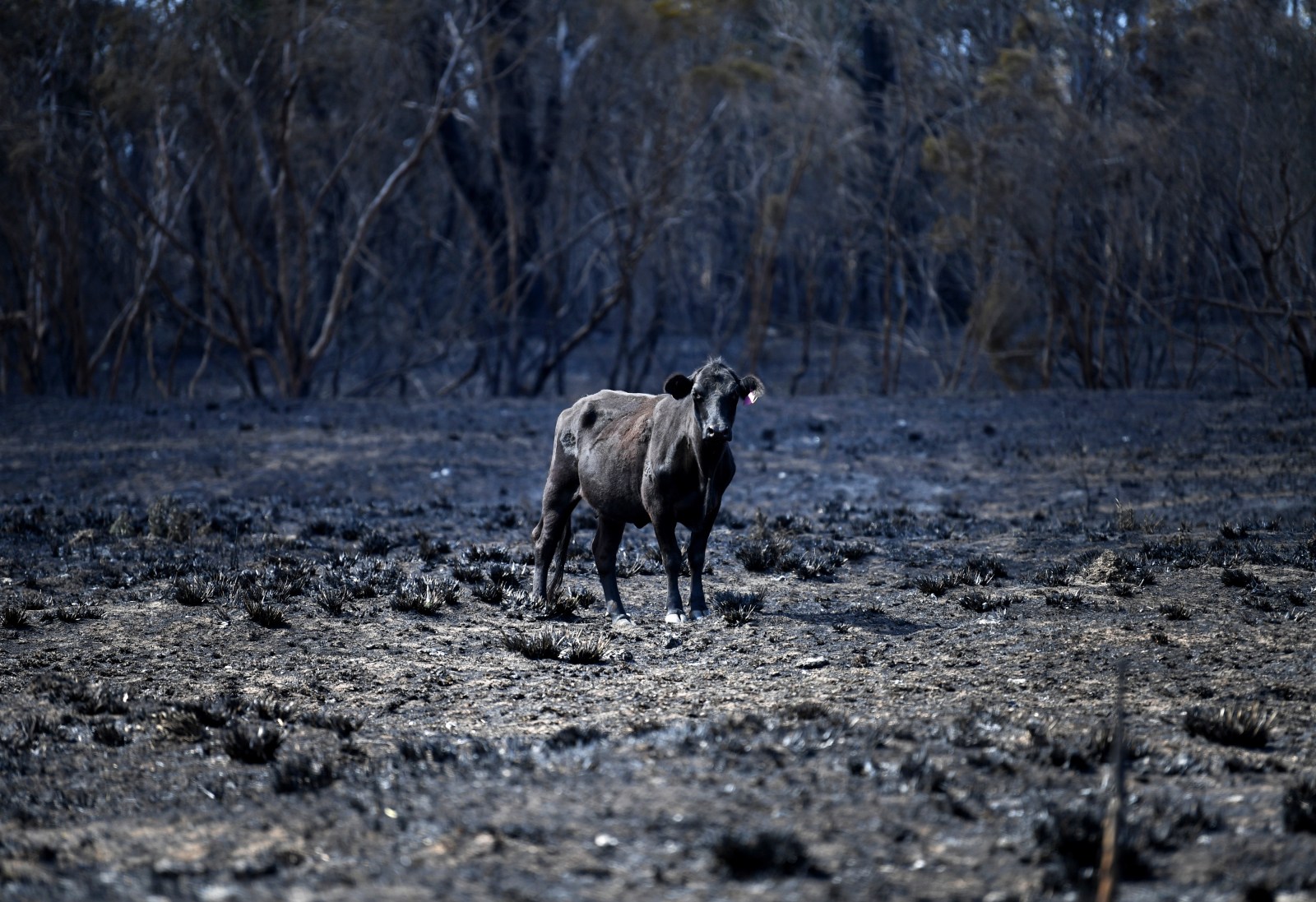 A cow stands in a burnt out field in Rappville, NSW, Australia, 10 October 2019. Several properties were lost when an out-of-control bushfire swept through the northern NSW village EPA-EFE/DAN PELED AUSTRALIA AND NEW ZEALAND OUT

Climate change is already having a massive impact on our planet. Here are some of the products that could become harder to find because of the climate crisis.

Have you noticed that every time you do your monthly shop it seems like your trolley becomes more expensive? With rising prices all round, South Africans are feeling the pinch. But did you know that climate change is also part of the problem and is contributing to the inflation?

On 6 May 2022, IPES-Food (International Panel of Experts on Sustainable Food Systems) released a special report on the state of the global food crisis and world hunger. The scientists explained that, as climate changes put pressure on local farmers, South African food prices could rise and more money will also need to go to importing food.

It’s been happening for years. The World Bank reports that “over the past few decades, Africa’s food import bill has more than tripled”, reaching about R559-billion ($35-billion) a year.

Here are shopping cart items that are likely to get more expensive and elusive thanks to climate change.

The IPES-Food report states that the effects of climate change are already “afflicting agriculture regularly enough to create persistent vulnerability, as well as injecting a permanent layer of uncertainty into global markets”.

The report also found that climate change “increases competition for land and resources and pushes people into poverty” as extreme weather events (such as droughts and floods as well as changing climates that introduce new pests and change growing conditions) displace millions of people and force them to migrate. In fact, the report also refers to an IPCC finding that estimates that climate change has reduced agricultural productivity growth in Africa by 34% since 1961.

One severe factor of climate change is rising carbon dioxide and greenhouse gas levels. This, combined with higher temperatures, affects the metabolism of plants and their growth rates, yields and nutritional qualities.

Studies have found that higher CO2 concentrations decrease protein, zinc and iron in wheat grains and decrease protein and vitamin content in rice grains. This means that finding healthier grains is not only going to be more difficult or expensive for shoppers, but could also affect the “nutrient status of about 600 million people”, warns the IPCC.

Change in composition of fruits and vegetables

Fruits and vegetables, many of which are key resources in South Africa, are also facing threats from climate change.

The IPCC Climate Change and Land special report has found that higher temperatures from global warming, especially in tropical and semi-tropical regions, are reducing quantities of these items.

Heat stress reduces the amount of fruit produced by each tree and speeds up development of annual vegetables, which results in smaller yields and impaired quality.

In apples, for example, heat stress can make the fruit taste more acidic and can affect the texture. In other fruit, heat can change the sugar composition as well, affecting the taste, aroma and colour of the fruit.

And with fruits and vegetables that need periods of colder temperatures as part of the plants’ life cycles, warmer winters could interfere with output.

As fruit trees and vegetable plants produce less, and as more of their products are of lower quality, the “healthy option” may see spiking prices in the face of demand.

The ocean absorbs more than 90% of excess heat in the climate system, according to an IPCC report on oceans and the cryosphere, causing changes in the ocean’s chemistry and disrupting the supply of oxygen and nutrients for marine life.

The ocean also absorbs up to 30% of carbon dioxide emissions created by humans, which causes ocean acidification. Decreased pH levels can have far-reaching effects on marine life, such as dissolving the shells of shellfish and causing acidosis in fish, which results in being unable to detect predators and locate suitable habitats. Acidic oceans also damage coral reefs and other ocean plants that marine life feed on.

Overall, ocean warming and acidification, loss of oxygen and changes in nutrient supplies are “already affecting the distribution and abundance of marine life in coastal areas, in the open ocean and at the sea floor”, says the IPCC, reducing the catch potential of fish that would have ended up on your plate.

Meat consumption has long been a contentious topic within discussions on climate change; livestock contributes 57% of global greenhouse gas emissions from the production of food and 35% of total global emissions.

Not only is meat a driver of climate change, it is also affected by it.

The IPCC found that heat stress caused by climate change will continue to increase and affect both livestock farmers and their animals, “reducing labour capacity, animal health and dairy and meat production”. The IPCC also estimates that by the end of the century, cattle, sheep, goats, pigs and poultry will experience up to 136 additional days of extreme stress from high temperature and humidity.

These high temperatures have a direct impact on animals and their biology, affecting growth rates which cause decreased protein and mineral nutrient concentrations. In poultry, rising temperatures can also affect meat quality, eggshell quality and immune systems.

These factors can result in lower productivity, quality and output of meat and milk, and since the industry cannot keep up with the demand and standards of before, prices are likely to rise.

This is not only a future problem – South Africa is already suffering from the effects of climate change on food, and this is likely to continue. In April, devastating floods in the Eastern Cape killed livestock, flooded fields, destroyed crops and damaged farming equipment and infrastructure. This is just one example, and it cost the province millions, proving that as extreme weather events become more frequent, food prices will continue to rise and healthier options may be harder to find. DM/ML

What the climate crisis will do to your food