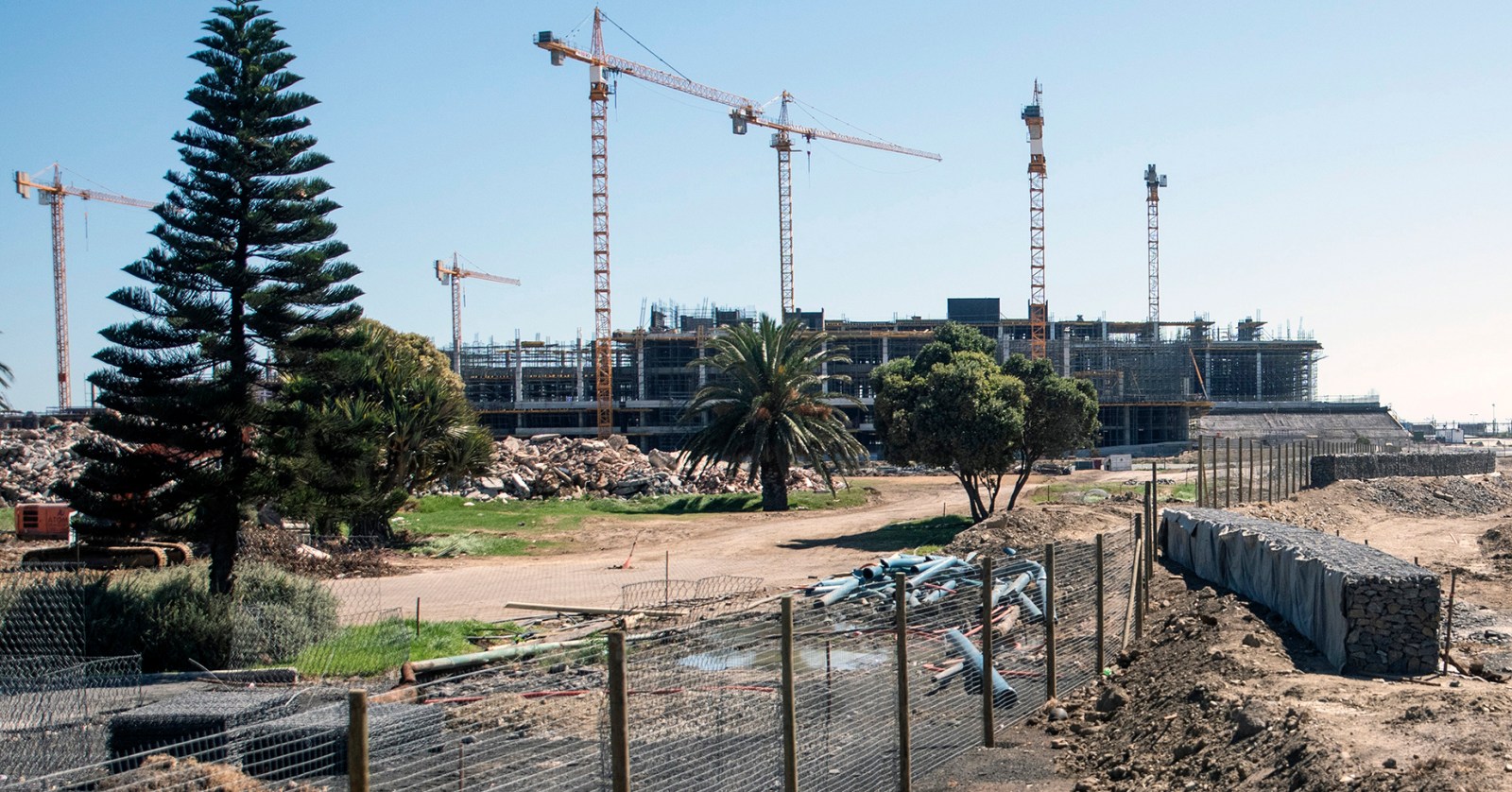 The company behind the controversial River Club development in Cape Town appears to disagree with Deputy Judge President Patricia Goliath that seeking leave to appeal her interdict halting further construction on the site will only prolong litigation.

The interdict halting further construction in what is a R4.5-billion development, set to include the new regional headquarters for Amazon’s web services, was handed down by Goliath on 18 March, pending a review of the authorisations from municipal and provincial authorities which allowed the development to proceed.

Landowner Liesbeek Leisure Properties Trust, along with the City of Cape Town, the provincial Department of Environmental Affairs and Development Planning, and a grouping of Khoi houses and organisations under the umbrella of the Western Cape First Nations Collective which support the development, sought leave to appeal the interdict.

They were opposed by the original applicants for the interdict, the Observatory Civic Association (OCA) and the Goringhaicona Khoi Khoin Indigenous Traditional Council (GKKITC).

Goliath’s judgment on the application was delivered on 5 May. Among the points Goliath made, is that pursuing an appeal would “serve no purpose other than to prolong the litigation and facilitate piecemeal concurrent litigation in the high court and the Supreme Court of Appeal”.

This was in light of the requirement within her interdict judgment that meaningful engagement and consultation with all First Nations peoples take place, which had been abandoned by the OCA and GKKITC. The Goringhaicona as part of the First Nations needed to be consulted, as the development was being built on a floodplain at the confluence of the Liesbeek and Black Rivers which is deemed sacred to First Nations. It is the last relatively untrammelled site of original dispossession by the Dutch settlers, and is in the vicinity of a historic battle in 1510 in which the Khoi defeated and killed Portuguese Viceroy Francisco D’Almeida.

Having abandoned the requirement for meaningful consultation, all that remained, in terms of the interdict, was for review proceedings to take place.

Yet, according to Goliath’s judgment on the application for leave to appeal the interdict, the developers, City, and provincial authorities based “the crux” of their argument on the requirement for consultation.

Despite the OCA and GKKITC abandoning the requirement for consultation, as is their legal right, the City still argued the order for meaningful consultation to take place, as set out in the interdict, was “vague and unworkable” as it was not clear who should be consulted, who should conduct the consultation, under which statutory regime it should occur, and how it would be determined to be meaningful.

The provincial Department of Economic Affairs and Development Planning (DEA&DP), along with the minister for local government, argued the parameters of the consultation process had not been set out, or who it should involve.

“Respondents (applying for leave to appeal the interdict) made extensive submissions on the consultation order, notwithstanding the fact that it was abandoned by Applicants (OCA and Goringhaicona), primarily aimed to substantiate the argument that the court order is final and thus appealable,” stated Goliath.

The OCA and Goringhaicona had abandoned the consultation order to provide for a conciliation process between LLPT, City, provincial authorities, and all First Nations groups.

“In this way the OCA and GKKITC sought to address concerns raised by the Respondents (LLPT, City, DEA&DP, FNC) about the delaying effect that the consultation order would have on the expeditious disposal of the review”, wrote Goliath.

The conciliation was rejected by the respondents.

LLPT also argued that if the interdict remains in place, the “crippling financial liabilities” they would suffer “make it all but certain that the development as planned and approved will not go ahead”. This put R4.5-billion of investment in danger, along with increased economic output of more than R8.5-billion, the creation of 5,239 construction jobs, 19,000 employment opportunities, tens of millions of rands in public transport infrastructure (part of the development deal is they build a bridge over the Black River connecting Ndabeni to Salt River), and new housing opportunities, all of which would boost investor confidence and economic recovery from Covid-19.

In response, OCA and Goringhaicona argued LLPT and other respondents had not challenged the assertion they proceeded with the development at their own risk despite having been informed prior to construction that an interdict and review of proceedings would be sought. It was also not possible to determine what harm LLPT would suffer, as they had failed to produce the development finance agreement they had with First Rand Bank. It was thus impossible to evaluate LLPT’s assertion that the interim inderdict renders the failure of the development a foregone conclusion.

Additionally, they argued an appeal would not resolve the real issue between the parties, which was whether the authorisations granted by the municipal and provincial authorities should be reviewed and set aside.

Goliath, in her view, agreed with this as well as that the rights the Gorinhaicona relied on in seeking the interdict, were constitutional rights contained in the Bill of Rights.

Goliath’s judgment states the main thrust of the application for leave to appeal was on the effect of the consultation order, and in her summation, “pursuing an unwarranted appeal on the basis of an order that was abandoned would serve no purpose other than to prolong litigation… which is in the interests of none of the parties, nor the interests of justice.”

She stated that halting construction was necessary pending review proceedings so that affected First Nations peoples would have the opportunity to defend their constitutional rights without the developer building itself into an “impregnable position”. Allowing the developer to proceed with construction would likely result in the outcome of a review being an ineffectual legal judgment (brutum fulmen).

As a result of these and other decisions, the application was dismissed with costs.

LLPT spokesperson James Tannenberger stated the decision was “a massive blow to all the people of Cape Town who stand to lose significant economic, social, heritage, and environmental benefits”, and they will appeal to the Supreme Court of Appeal.

Leslie London, chair of the OCA, said together with the GKKITC, they offered conciliation in an attempt to implement meaningful consultation as ordered in the interdict, but were rejected.

Instead, said London, “our opponents went out of their way to smear us, attack us, vilify us — a far cry from meaningful consultation, so we have no confidence they would honour anything meaningful.”

However, he said they would insist on meaningful consultation being an outcome of the review decisions. DM