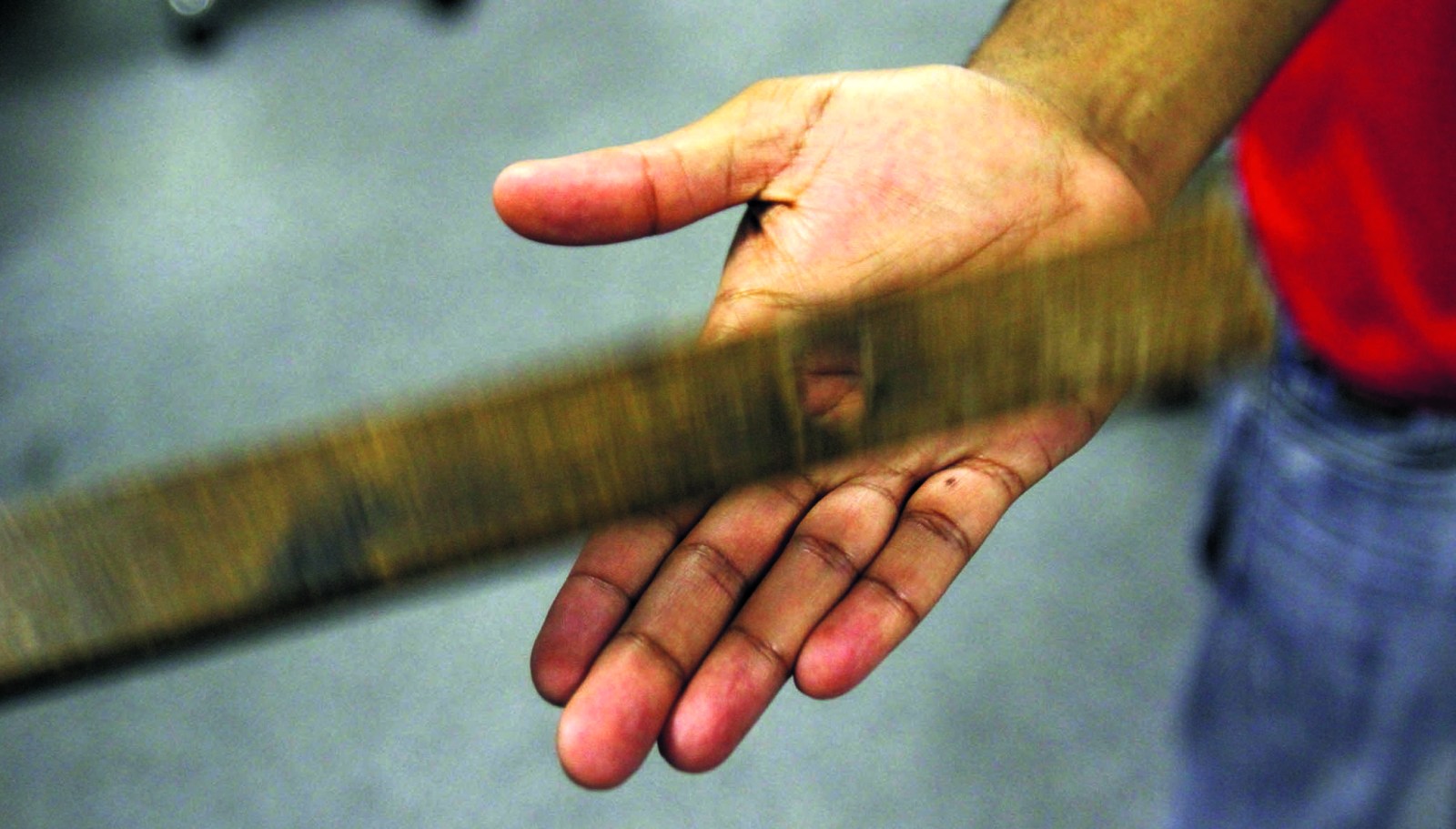 Children continue to be subjected to beatings across the country, with up to a million learners reporting having experienced this in schools. (Photo: Gallo Images / Daily Dispatch / Mark Andrews)

Public interest law centre Section27, representing the Centre for Child Law, is going to court over a case in which two teachers severely beat children in their care. Section27 also represents the parents of the two learners.

Section27, on behalf of the Centre for Child Law, is taking the SA Council for Educators to court over a case in which two teachers from separate schools were found to have beaten two learners, one in Grade 2 and one in Grade 5, so severely that one began bleeding from the ears while the other, who was beaten with a PVC pipe, sustained head injuries. The NGO is also representing the parents of the two children.

The teachers pleaded guilty and the South African Council for Educators issued them each with an effective R10,000 fine, payable over a year. Both were handed a suspended removal from the teachers’ roll for 10 years.

The teachers were allowed to remain in the classroom and were not required to undergo rehabilitation or training.

Section27 will challenge the council to reconsider its “lenient” judgment and argue for a revision of its Mandatory Sanctions on Contraventions of the Code of Professional Ethics, the guideline when sanctioning educators for misbehaviour.

In 2021, the council conceded in hearings before the SAHRC that it has “systemic gaps” that allow teachers who have committed serious transgressions to continue to teach.

The case has been postponed to June.

Corporal punishment in schools has been illegal in South Africa since 1996, and yet there are still incidents of children being beaten by their teachers.

Section 10 of the Schools Act states that corporal punishment is prohibited in schools. “(1) No person may administer corporal punishment at a school to a learner. (2) Any person who contravenes subsection (1) is guilty of an offence, and liable on conviction to a sentence which could be imposed for assault.”

According to a Constitutional Court ruling in 2000, “corporal punishment violates many children’s rights, such as their right to dignity, right to freedom and security of person, and their right to be protected from maltreatment, neglect, abuse or degradation”.

Corporal punishment has been shown to have adverse effects on children’s development and self esteem, as well as being ineffective in the instilling of discipline. According to a report commissioned by Britain’s National Society for the Prevention of Cruelty to Children, experts found that children beaten at school experience “deep emotional trauma” and that physical punishment is associated with increased childhood aggression and antisocial behaviour, is related to depressive symptoms and anxiety among children and carries a serious risk of escalation into abuse.

In the case of YG v the State in 2018, corporal punishment was banned from taking place in homes, making it illegal for parents or anyone else to beat children. This judgment came at a time when the Committee on the Rights of the Child, a United Nations body, raised concerns that South Africa had not banned corporal punishment. This was of particular concern because South Africa is a signatory to the United Nations Convention on the Rights of the Child.

The South African Human Rights Commission (SAHRC) has said South Africa is a violent society and that the root cause of this violence needs to be addressed. It said the law alone was not enough to transform society. The organisation said the government, working with civil society, the media and other stakeholders, needed to embark on a campaign to change the mindsets and attitudes of people towards corporal punishment. They said, “It is important to recognise that violence against children cannot be addressed in isolation. Violence in schools is inextricably linked to violence and victimisation in broader society.”

Despite evidence showing the harmful effects of corporal punishment on children, and South Africa’s high levels of general and gender-based violence, a 2019 Statistics SA report found that children continue to be subjected to beatings across the country, with up to a million learners reporting having experienced this in schools.

What seems to be unclear is the kind of sanctions teachers and parents are likely to face should they violate the law in this regard, which may explain why children continue to be beaten.

What is also lacking are effective alternative methods of disciplining children that will not lead to emotional and developmental scarring. DM/MC