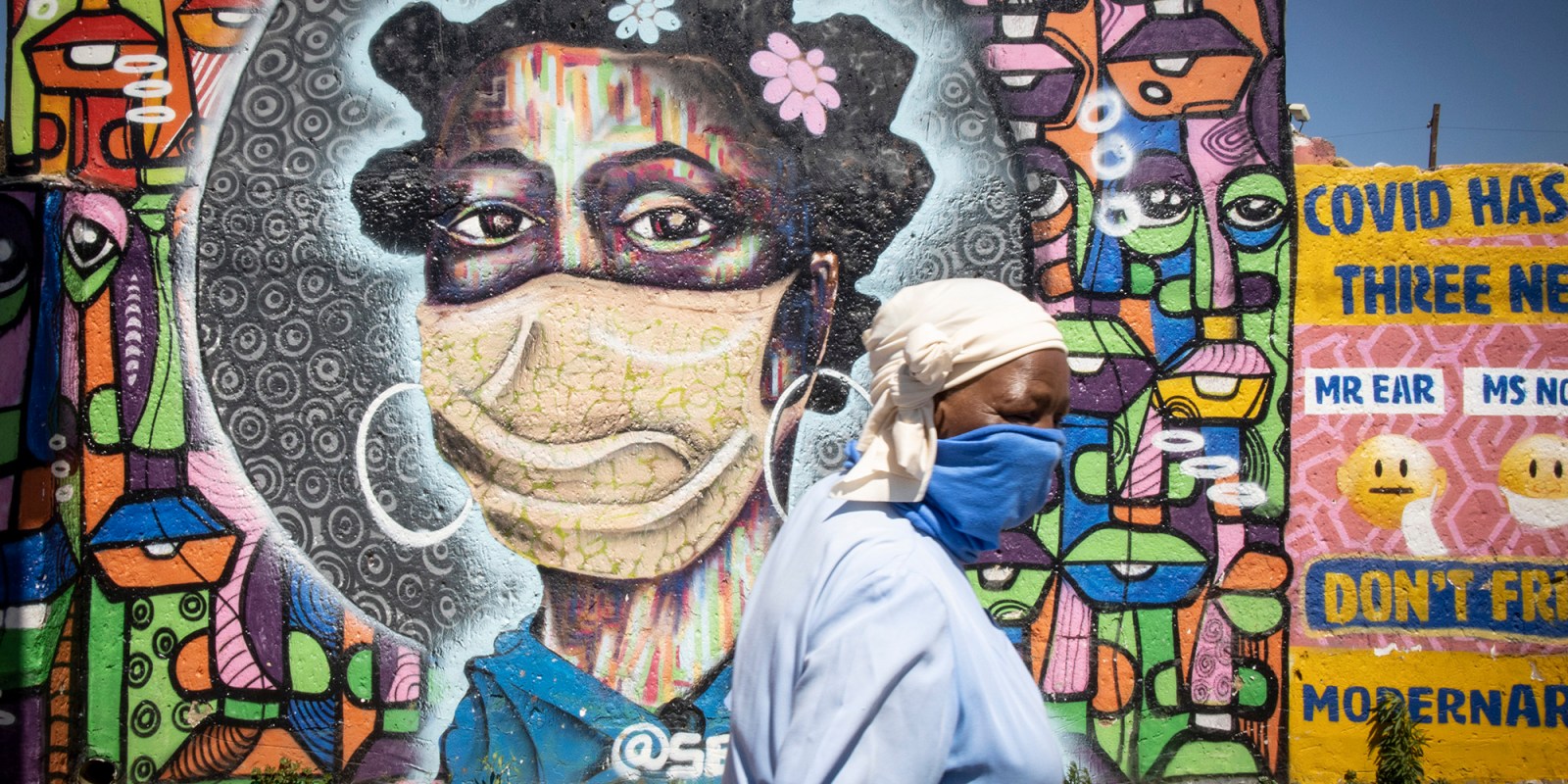 Shaeera Kalla of the #PayTheGrants campaign says dropping the SRD income threshold ‘which was already far too low at R640 to R350 will exclude millions’. (Photo: EPA-EFE / Kim Ludbrook)

At 5.50pm on Friday afternoon, the Department of Social Development issued an important media statement announcing the publication of new regulations governing applications and eligibility for the Covid-19 Social Relief of Distress Grant.

The grant, an amount of R350 per month, is presently paid to more than 10 million people. In February, after lobbying by civil society activists, it was extended for another year by President Cyril Ramaphosa, who at the annual State of the Nation Address talked of the grant’s “substantial impact” and “proven benefits” to those who were “most vulnerable to the impact of the pandemic”.

Previously the Social Relief of Distress Grant (SRD) was paid under regulations that form part of the Disaster Management Act. However, after the National State of Disaster was lifted on 5 April 2022, it became necessary to migrate the regulations and re-issue them under section 32 of the Social Assistance Act.

Unfortunately, the Department of Social Development — a department plagued by inefficiency and corruption — left the amendment of the regulations and of systems for paying the grant to the last minute. In fact, Maverick Citizen has seen correspondence suggesting that there was a danger that the SRD would be stopped in May while new regulations and systems were finalised.

We have also been reliably informed that during April, the South African Social Security Agency (Sassa) system was “deactivated” and consequently a large number of SRD payments were not loaded in April.

The department has denied this: on 19 April Sassa spokesman Paseka Letsatsi told GroundUp, that “current beneficiaries are not affected by the change in regulations”.

However, the new regulations issued by Social Development Minister Lindiwe Zulu on Friday contradict this. In the accompanying media statement (issued after working hours and at the beginning of a weekend) the department announced changes that will immediately affect the wellbeing of millions of people.

“Given that the Covid-19 SRD will now be provided for under a new legislative framework, and that additional qualifying and assessment criteria will be added, those in need of assistance will have to apply for the Covid-19 SRD, or reapply if they were previously in receipt of this grant.”

The department says that, “Fortunately, the entire application system remains a purely digital process, thereby enabling quick access and turnaround times”, saying that it would open “at 12am on Saturday 23 April, 2022”.

However, given that recipients of the SRD are the poorest of the poor, access to the internet to make new applications is far from easy, and will involve punishing new costs to them. So too will be the requirement that beneficiaries have bank accounts, something millions of poor people do not have.

But worst of all, according to activists, the department has unilaterally lowered the threshold for eligibility for the grant to people who receive less than R640 per month in income to less than R350 per month.

This weekend, Shaeera Kalla of the #PayTheGrants campaign called this a “disaster”, saying that, “Dropping the income threshold which was already far too low at R640 to R350 will exclude millions.” Kalla also alleges that “many people have not been paid for April and given the dates and deadlines set for applications now it seems there won’t even be a back payment”.

“It means that hundreds of thousands of people who have been receiving the grant could now be disqualified.”

Howson pointed out that while the IEJ had made substantial submissions on the draft regulations, their submissions and warnings were ignored. She called the slashing of the threshold “retrogressive and probably illegal, reneging on a commitment that has already been made”, adding that the Basic Income Grant coalition is “seeking advice as to the legality of the regulations and especially the lowered eligibility threshold, and considering options in terms of a challenge”.

Millions do not qualify

Howson pointed out that the Stats SA Food Poverty Level is currently R624 a month, meaning that there would be “millions of people living below the FPL who do not qualify for social assistance”.

“This is about people being able to eat,” said Howson.

It is not clear what reasoning informed this decision. Because of the commodities boom, the SA Revenue Services (SARS) is boasting of collecting nearly R17-billion more in revenue than predicted in the February Budget, a 25% increase over the financial year 2021/22. But at the same time, the poor are experiencing rising fuel and food prices.

Yesterday, Maverick Citizen sent a comprehensive list of questions to Lumka Oliphant, media spokesperson for the department. The questions had not been acknowledged or answered at the time of writing.

It seems that clarity on a matter of life and hunger for millions of South Africans will have to wait upon an as-yet unscheduled press conference by the Minister of Social Development. DM/MC