Lest we forget: It is indeed the ANC who ruined Eskom 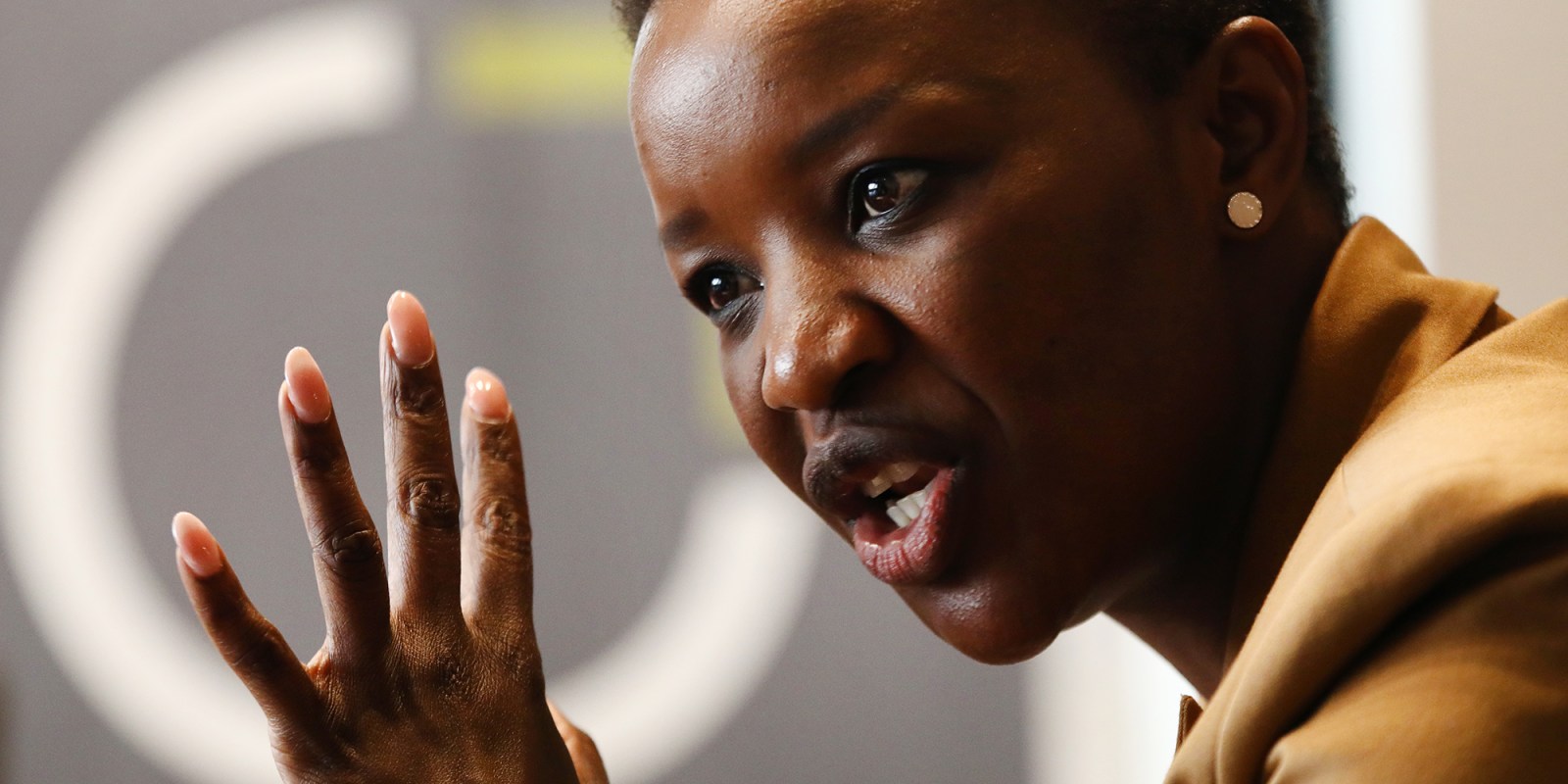 When the full history of the ANC in government is written one day, one of its biggest governance failures will be Eskom and its failure to continue providing uninterrupted electricity to the people of South Africa and its economy.

It is a continuing failure of governance that shows up many of the worst aspects of the nationwide movement that did so much to bring freedom to this country. Now, unfortunately, there is more evidence that the politics of the issue matters more to some in the party than actually serving people by, say, working hard on fixing the electricity crisis as quickly as possible.

This has been demonstrated in recent days by the way the ANC responded to the situation involving the Eskom board member Busisiwe Mavuso and her interaction with Parliament.

Last week, our people and the economy suffered through Stage Four load shedding, with blackouts happening at least twice a day for most people. In many places, so bad is the infrastructure that it simply does not come back. In Eldorado Park, this led to bitter protests after they were left without electricity for more than a week.

On Friday last week, Parliament’s Standing Committee on Public Accounts (Scopa) was conducting part of its oversight hearings into the situation at Eskom. During this session, Eskom board member Busisiwe Mavuso said that she objected to any claim that the board or its executives were responsible for the present situation.

Rather, she said, the leadership of Eskom could not be held responsible for the “mess”; Andre de Ruyter could not be the “fall guy” and that this was “a mess of the ANC-led government”.

ANC members on the committee objected, saying they had not blamed the current leadership, while the Scopa chair, the IFP’s Mkhuleko Hlengwa, was furious. He said that Mavuso had not conducted herself properly. She left the meeting, with more angry words exchanged between them.

There were various responses in the hours after that incident.

The department of Public Enterprises, which had appeared to be silent on load shedding until that time, said it found her conduct “regrettable” and “unbecoming”. It also said, “the department is giving this matter active consideration”.

“At no stage did Scopa members apportion blame to the current board members on the historic challenges of Eskom. It is for this reason that we take strong exception and we condemn with the contempt it deserves, the conduct that was displayed.”

For some voters, this may suggest that some in the ANC and some in government feel that condemning Mavuso’s conduct is more important than actually dealing with load shedding. Otherwise, why speak about one, but not the other?

It is hard to speculate about why Mavuso behaved as she did. Certainly, her conduct is probably unparliamentary, and one can imagine Hlengwa’s frustration as the chair.

That said, Mavuso may feel that it was important to make her point in the way she did.

This is because when there is load shedding, many people immediately blame the current leadership and particularly the Eskom CEO De Ruyter. She may have felt that as a board member, if she did not defend him and the current executive, no one else would.

Also, she may, as political strategists might put it, “want the issue” in that she actually wants the public debate to be about who’s to blame for this situation, knowing that this will in the end make people remember at every moment that it is the ANC.

It is hard to argue against such a conclusion.

To state the history of load shedding briefly (and to over-simplify): In 1998 a government White Paper stated that we would run out of power in 2007. The ANC government ignored this for too long. When it started to build Medupi and Kusile, budgets were overrun, deadlines were busted and corruption was rampant.

It was the Japanese company Hitachi that won the contracts to build the boilers at Medupi. The ANC investment vehicle Chancellor House was a shareholder in Hitachi SA (American authorities viewed this as corruption and fined Hitachi for this transaction).

Then, during the Zuma era, people such as Brian Molefe, Anoj Singh and Matshela Koko ran Eskom. They have all been exposed and credibly accused of corruption in various forms and are certain to have findings made against them in the incoming Zondo Commission’s report on Eskom. McKinsey had to repay more than R1-billion for work it claimed to have done.

McKinsey and other State Capture enablers: Paying back fees is not enough

Meanwhile, the ANC is acutely aware of how important load shedding is to its constituency. It has said that one of the reasons it did so badly in last year’s local elections is that there was intense load shedding just before people voted.

There can be no doubt about its culpability. Otherwise, why would the party have apologised for load shedding in the past?

Mavuso also has a constituency of her own. As CEO of Business Leadership SA (and a board member of Business Unity South Africa), she may well feel that it is important for certain points to be made. She also does not necessarily need the Eskom board job, which gives her a certain freedom.

It may also be important to remember who appointed her in the first place. It was not current Public Enterprises Minister Pravin Gordhan.

Rather, it was then deputy president Cyril Ramaphosa.

She was appointed early in 2018 along with the rest of the present board, just after Ramaphosa had taken over as leader of the ANC, but before Jacob Zuma had been removed as president. His appointment of the new Eskom board was one of the first signs that Ramaphosa was asserting himself.

Also, it is not the first time that Mavuso has actually ruffled feathers in this position, and in Parliament. During a meeting with the committee on appropriations, she said that there had been political interference in decisions about when to introduce load shedding.

In that instance, as reported in The Sowetan in late October 2019, she said that she wanted to be honest, “so that we don’t sit here trying to manage each other”. When it came to Eskom, she continued, “This thing is falling apart — and it falling apart means it’s going to sink the economy down with it.”

This suggests that even then, before the pandemic, some members of Eskom’s board were frustrated with the way politicians were managing the problem.

One of the board’s major concerns might be, what happens if De Ruyter or other senior executives do resign? Who would replace them?

Previous CEO Phakamani Hadebe resigned, saying that the job was ruining his health and that he had collapsed twice due to the position. It is, in many ways, a thankless job. And anyone with the ability to do the job would surely earn much more in the private sector and have a much easier life.

The scale of the problem is massive. Never mind the ageing power stations, or the fact that the Energy Ministry appears to ignore De Ruyter’s beseechment that it should allow more independent power production, more quickly.

The Special Investigating Unit has said it is investigating more than 5,000 Eskom employees for misconduct. This is a humongous number and indicates that a culture of corruption has taken hold at Eskom over decades.

Meanwhile, the consequences of load shedding and what appears to be the continued inability of the ANC to fix the problem it made, are monstrous.

No economy can grow during this time, people remain unemployed and a process of de-networkification is now under way as the rich buy themselves out of the public power networks, meaning that they will no longer subsidise the poor.

Golf islands in a sea of poverty — it doesn’t have to be this way, but we need to act with urgency

And it is the poor, those who are left jobless, in the cold, in the dark, to fend for themselves, who are suffering.

All while the politicians argue about the tone of a statement in a parliamentary meeting. DM