Golf islands in a sea of poverty — it doesn’t have to be this way, but we need to act with urgency 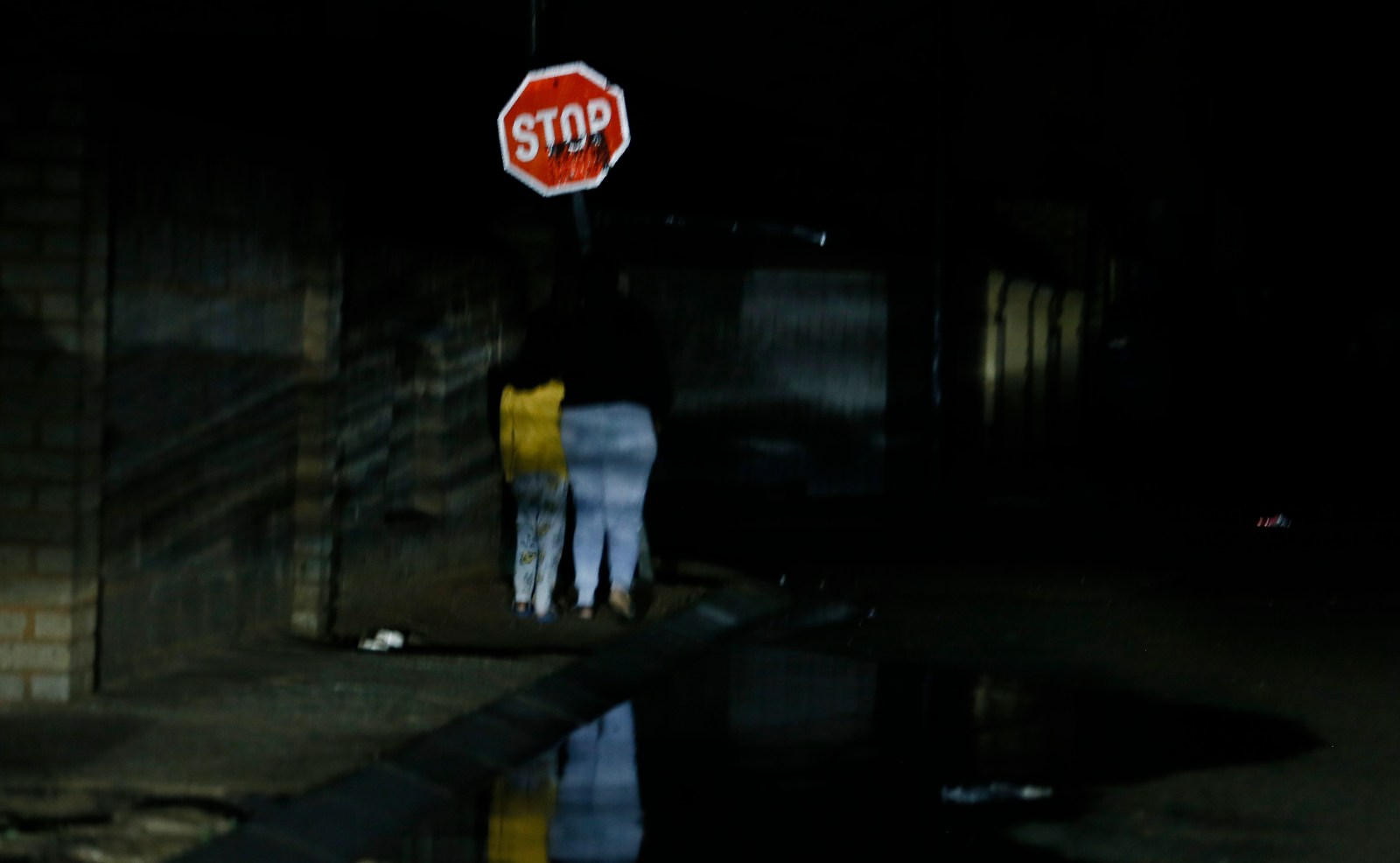 A series of recent developments: The Stage 4 load shedding of this week, problems with the water supply in a major metro and the potholes that so dominate our roadscapes are sudden, and sharp, indicators of the depth of our governance failure.

Because of what could be defined as the failure of government-run networks in our society, those who can are creating their own networks, or trying to “de-network” as quickly as they can.

This could lead to small islands of services actually delivered, at a price, where the grass is green and the golf is good, while the majority of our people languish with no power, no running water and in life-endangering conditions.

It does not have to be this way. We’re not talking rocket science here, to call upon the competence of the private sector that can be successfully integrated into some of these networks. This would allow the government to maintain services for everyone while using money paid by the rich to subsidise the poor.

Eskom’s implementation of Stage 4 load shedding this week (and its dark warning that it may have to move to Stage 6 under certain circumstances) reveals once again how dependent most people are on a network that has been controlled by the government for many decades.

It is not just electricity we’re talking about here.

Last month, people in the Nelson Mandela Bay Metro were told to boil the water coming out of their taps. Meanwhile, many roads around the country are marked, and many are defined, by potholes.

All of this is indicative of how the government is failing to provide services that are routinely provided by privately financed networks.

The response, as many have noted (including The Economist last week), is for those who can afford it to detach from government services altogether.

Recent changes in technology and the increases in prices for services may have pushed these dynamics to an inflection point.

The easiest network — for those with the means — to leave is electricity. A generator can be purchased for under R10,000, while a solar system is much more expensive, but once purchased, costs nothing to operate.

Water is obviously more difficult. But some will use rainwater tanks and purchase drinking water. It may be that at some point in the near future a small suburb, or a constellation of the same, will try to source or purify their own water on a small scale. Certainly, many will find a business opportunity in this incoming existential crisis.

While it may seem impossible to free yourself from potholes, some people are just travelling less. They are able to work from home and are choosing to do this, rather than struggle through potholes and broken traffic lights.

Their children no longer have to use a road system to go to school. They can study online (for instance, the University of Cape Town now has an online high school), or in some cases study at a school within the gated community in which they live.

Again, it is the rich who can afford it.

All of this is speeding up the dynamics that have been well known for some time. The consequences of these dynamics may now speed up too.

As the rich move themselves out of the current networks, the amount of money available to resolve the most urgent problems could shrink.

Claims by some councils that solar power systems have to be registered with them have been met with a furious response, and a statement by the Nelson Mandela Bay Metro that it had the right to inspect rainwater tanks on private premises led to massive indignation.

Those who opted out of municipal networks are obviously unlikely to allow councils to still get revenue from them.

It does not have to be this way.

This week, as Eskom implemented Stage 4 load shedding, the mayor of Cape Town, Geordin Hill-Lewis, tweeted how his city was able to save residents from one level of load shedding. This is because of its ability to use barrage storage (a dam) to generate its own electricity and then add it to the grid.

Currently, it is supposed to be legal for private companies to generate their own power and sell their surplus to other companies. This is known as embedded generation. It was seen as a major reform last year when President Cyril Ramaphosa announced embedded generation up to 100MW would now be allowed.

However, this has not yet happened on a large scale.

There are also plans for councils around the country, including in Cape Town, Ekurhuleni and Joburg, to buy power from independent power producers (IPPs). But again, this has not yet happened on a large scale.

It appears some of the problems may again lie with the government’s handling of this.

Last week, in Business Day, the CEO of Business Unity SA, Busisiwe Mavuso, said that for companies to produce power still required a legal process almost identical to the one that existed before last year’s “reform” was enacted.

As she put it, “After raising the limit, it would be madness to then require companies to go through the same documentation and approval processes they would have had the limit not been lifted, right? Yet that is what electricity regulator Nersa requires companies to do — bar the public consultation process. The registration process itself can only start once all the permissions have been obtained.”

This could mean that paperwork, or the intentions of the Energy Ministry, are preventing the volts from embedded generators from easing the burden on Eskom. This then prevents large-scale generation by the private sector and thus prevents the end of load shedding.

A rapid take-up of more power from IPPs (both the solar and wind power industries say that once permissions have been given, they can erect a power plant in just 18 months) could mean the formal end of load shedding.

This would reduce the incentive for the rich to withdraw from South Africa’s power networks. They would stay in the national grid and receive power produced both by Eskom and the private sector. And that would ensure the network survives while providing services for poorer people.

Of course, it may be much harder to allow the private sector into the water industry. It may also be more contentious. But other countries have done this and have results that can be assessed before a decision is made in South Africa.

It may also be possible to allow the private sector to fix potholes.

Up until now, councils have generally resisted allowing their residents to fix potholes themselves. And at least one court has ruled in favour of a council. But this is for the technical reason that using the wrong material to fix a pothole can make the problem worse.

This suggests it would be easier for a council to outsource pothole repair to a private company. Major construction firms could specialise in this because there would now be economic scale. If a company won the contract to do this for Joburg, Tshwane and Ekurhuleni, there would surely be money to be made.

And there could easily be mechanisms for that company to be held publicly accountable.

Some communities might contract the company directly and pay for the repairs themselves, using a method approved by the council.

While there are many dynamics behind the change towards work-from-home, it must surely be the case that making it easier to move around would lead to more face-to-face contact and greater social cohesion as a result. It should be simple to leave your complex and mix with people from outside your community.

While there are many dynamics moving through our society at the moment, some may now be at a point of no return. The stress of the situation makes it even more important that the right decisions are made and that these dynamics are properly directed.

If they are not, the scenario of golf islands in a sea of poverty and frustration becomes a very real possibility. DM