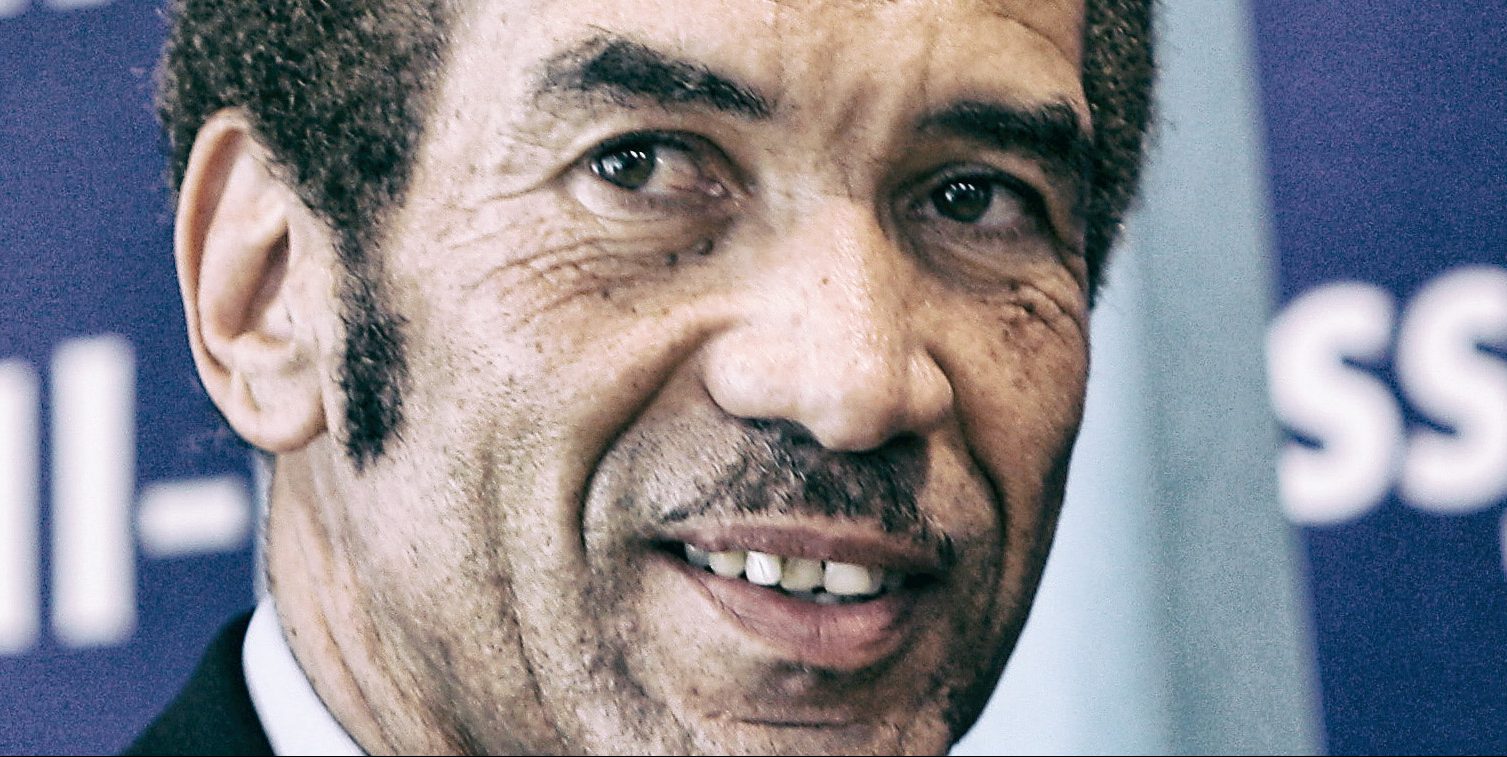 The case against former Botswana president Ian Khama relates to the alleged unlawful possession of a firearm, and the summons comes as President Mokgweetsi Masisi is set to meet his South African counterpart, Cyril Ramaphosa.

The case – for a charge that appears to date back six years – happens to coincide with a visit to Pretoria by high-ranking Botswana government leaders.

The visit is significant because it will be the first meeting of the bi-national commission between the neighbouring nations since Cyril Ramaphosa and Mokgweetsi Masisi stepped up to become presidents of their countries in 2018.

Khama has been living in South Africa since November 2021, saying he fears persecution – even assassination – by his successor should he return.

South African officials have told Daily Maverick that Khama’s presence here has strained relations with Gaborone. For example, eyebrows were raised this month when Masisi twice wasn’t available to attend a Southern African Development Community (SADC) Troika meeting, hosted by Ramaphosa, where the region’s military intervention in the north of Mozambique was discussed. It’s not clear why he didn’t attend, as one of these meetings was virtual. Masisi and Rampahosa’s offices referred queries to the SADC secretariat.

Masisi is set to pay a working visit to Ramaphosa on Friday, following the all-day bi-national commission meeting on Thursday between ministers and officials, where the focus will be on trade and official business between the governments.

The charge sheet against Khama, dated 19 April 2022, seems to indicate that the alleged crime dates to 3 March 2016, two years before he handed over to Masisi – who was then his deputy – as his decade-long presidential term ended.

Some of Khama’s old allies appear on the charge sheet, too:

Khama, a former military man, previously told Daily Maverick that he keeps his hunting rifles, shotguns and “a few handguns” collected over three decades at his home. Some of these belonged to his official and private security detail, he said.

Khama entered South Africa on 8 November, the deadline that director-general of intelligence and security services Peter Magosi gave him to return his firearms, which the state alleges have been stolen. At the time Khama denied he was fleeing Botswana, but he hasn’t returned since.

He recently mulled getting his family to join him in South Africa after his brothers, Tshekedi and Anthony, were detained by state security. There were fears that Tshekedi’s wife was being targeted, too.

Soon after retiring as president, Khama threw his support behind an opposing candidate in an attempt to unseat Masisi as Botswana Democratic Party (BDP) president after claiming that Masisi was corrupt.

When that didn’t succeed, Khama joined the opposition Botswana Democratic Front’s 2019 election campaign, but it was unsuccessful in unseating the BDP from power.

Khama has since actively engaged in opposition by-election campaigns from South Africa, addressing virtual rallies and meeting leaders. According to him, opposition parties have made some recent gains.

Masisi has alleged that Khama, with funding from South African businesswoman Bridgette Motsepe, had been planning a coup d’état against him.

Khama and Motsepe’s names were also mentioned in a court case against a former intelligence agent, Welheminah “Butterfly” Maswabi. They weren’t charged, but it was alleged that the duo took more than $10-billion out of Botswana and deposited it into bank accounts in South Africa. This implicated the Reserve Bank and South African banks where Motsepe was alleged to have deposited the money.

Motsepe resorted to ordering a private investigation and subsequently received letters from the major banks in South Africa denying that any of the alleged companies – which have been found not to exist – held accounts with them. There were also no records at the Reserve Bank of any amounts equivalent to roughly half of Botswana’s GDP entering South Africa.

The court case was thrown out in August, but a mandamus application by AfriForum’s Gerrie Nel, on behalf of the Botswana prosecuting authorities, appears to be going ahead.

The involvement of AfriForum in the case has irked South African authorities and it’s possible that Khama’s name could arise in relation to this during this week’s meetings between the two countries.

Ramaphosa sent then minister of international relations, Lindiwe Sisulu, in 2019 to try to smooth over relations with Masisi’s government after allegations first surfaced that Motsepe was involved in a campaign to unseat Masisi.

Khama’s friendship with Motsepe dates back to the struggle era when Motsepe’s family sought asylum in Botswana. International Relations Minister Naledi Pandor has also been family friends with Khama since that time.

It is still unclear whether Khama will travel to appear in court. Khama, who was in a meeting with his lawyers all morning, had not responded to requests for comment by the time of going to press. DM