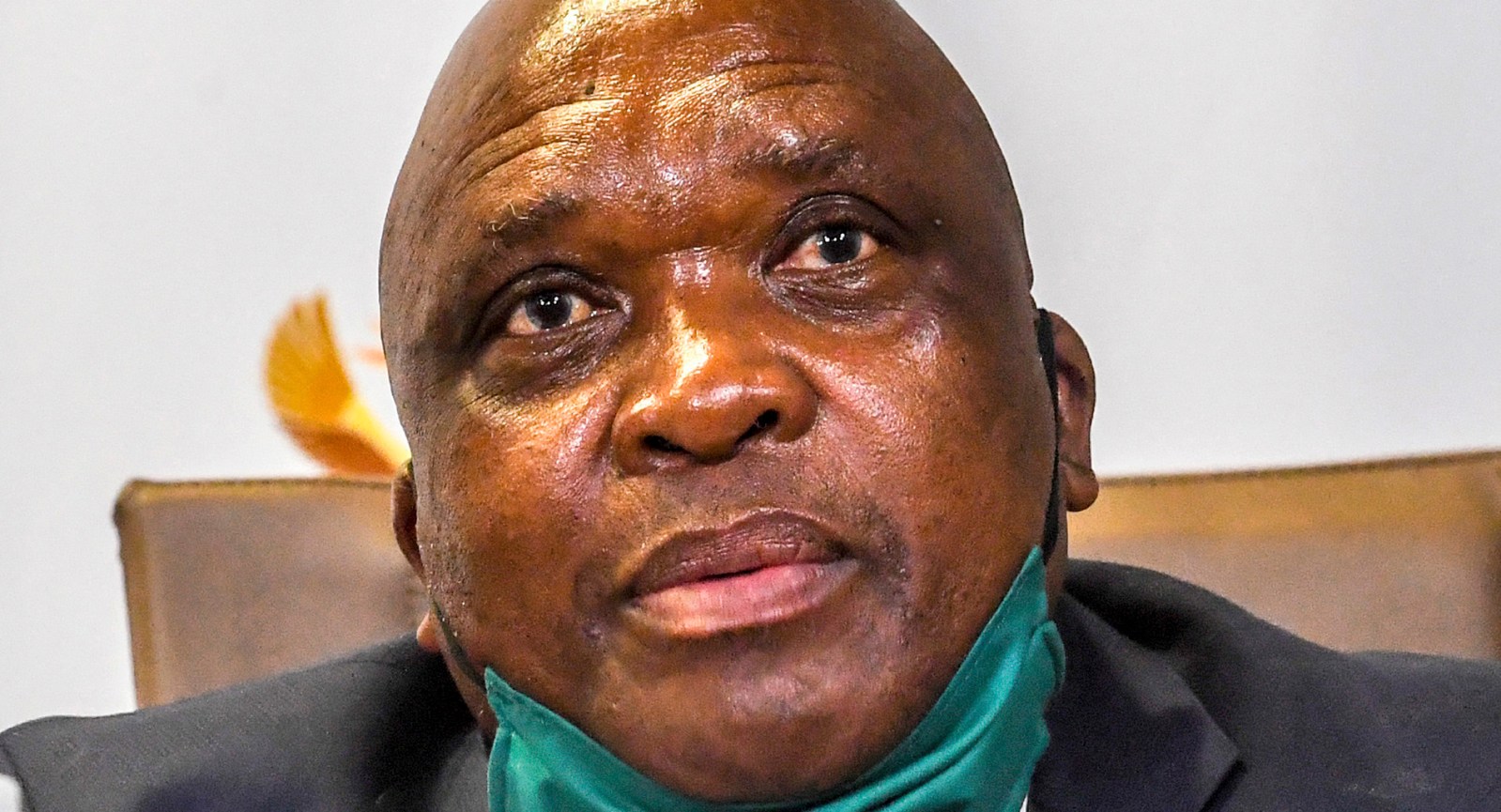 Public comments on the controversial Covid-19 draft health regulations can be made until 24 April — including now by WhatsApp on 0600 123 456 — as Health Minister Joe Phaahla told MPs all submissions are considered.

His comment came after opposition MPs in Thursday’s parliamentary health committee pointed out scores of people who had emailed their comments then received alerts their emails had been deleted without being read.

“I am convinced it is a technical matter that we will sort out… We take all the submissions seriously; that’s why we are concerned when it is said emails are being deleted,” responded Health Minister Joe Phaahla, staying on message to emphasise the proposed Covid-19 health regulations were not an infringement on human rights and freedoms, but just “the basic minimum”.

But the draft regulations under the National Health Act effectively give Cabinet substantial powers through the back door.

The proposed regulations entrench in ordinary law the special powers that come with a state of disaster declared under the Disaster Management Act. Under Section 16M headed Sharing Advice, curfews and alcohol restrictions are possible — without the declaration of an actual state of disaster.

Scientists have panned these proposed regulations as have opposition politicians and civil society. Questions are sharply raised over Cabinet’s selective choices to, for example, wearing masks indoors, hand sanitising and taking of temperatures against the scientific recommendations including those of the ministerial advisory committee (MAC).

And he maintained all’s above board.

“I draw your attention [that] this is within the law that has been passed by Parliament, [and] within the regulations that have been promulgated almost five years ago.”

But that regulation-making had not gone quite smoothly emerged when the health minister told MPs of one change — lifting the 100 person limit at funerals.

While night vigils and after-tears remain banned, funerals would be treated like other gatherings in the draft regulations – 50% of venue capacity with vaccination certificate and, without such proof, 2,000 outside or 1,000 indoors with masks.

That other issues arose emerged when Phaahla told MPs the Covid-19 measures may be removed from the regulations. He was not questioned in detail why this should happen, if the reason for new health regulation was continued Covid-19 protection.

But Phaahla’s comments relate to the sharp and sustained criticism expressed in public comments to date over the increased surveillance the draft regulation introduce — even as the Covid-19 state of disaster restrictions of court-ordered quarantine, isolation and treatment are done away with.

Importantly, court-ordered quarantine and treatment has long been possible in South Africa, particularly related to tuberculosis, where courts have set precedence.

On Thursday, Phaahla downplayed what would be a significant change if the health regulations were to separate out Covid-19 measures, by arguing requirements over an above Covid-19 were needed into the future, and for other pandemics.

But this indicates government’s shambolic legislative and policy processes, particularly as the health minister is empowered to draft regulations, and as Phaahla told MPs on Thursday, also without public comment, if he so chose.

That this is not what happens is illustrated by the palaver over the end of Covid-19 track and tracing and isolation if asymptomatic, or reduced isolation if symptomatic.

Issued on 23 December 2021, that circular was withdrawn a few days later, and then the policy was finally confirmed by a special Cabinet meeting on 31 January 2022 after a meeting of the National Coronavirus Command Council, and input of NatJoints (National Joint Operation and Intelligence Structure) that brings together cops, spooks and soldiers in a structure not established in law or regulation, and does not account to the public.

Actions like this, alongside the four-month delay in lifting the Covid-19 state of disaster, has impacted public trust in government in handling the pandemic that over the past two years.

And so the public comment to date has also expressed concerns — and not only from anti-vaxxers — how vaccination mandates are indirectly introduced by the regulations requiring vaccine certificates before entering any public establishment, including shops and restaurants.

Hampered by vaccine hesitancy, South Africa has failed to reach its inoculation targets by December 2021, even after shifting these in September 2021 from 67% of the population jabbed, or 41-million people, to 70% of adults, or 28-million people.

Opposition to the proposed health regulation has increased this month as scrutiny has revealed the potential impact. Alongside the public comment period, separate consultations are being held. Phaahla let slip to MPs that President Cyril Ramaphosa on Wednesday met the South African Council of Churches (SACC).

In Thursday’s parliamentary health committee briefing the ANC MPs unanimously supported the draft Health regulations — and asked questions so the minister and his officials could speak in support of its draft regulations.

The ANC study group coordination wobbled a little as the same question on training of funeral undertakers was asked a few times.

But Phaahla stayed on message. He dismissed opposition criticism of the draft health regulations as draconian and a “cut and paste of the state of disaster regulations”. The regulations proposed “very limited” restrictions, according to the health minister, science-based and in the interest of public health as Covid-19 was not yet over.

Many countries worldwide have dropped mask mandates and other restrictions, whether that’s the United Kingdom and other European countries or closer to South Africa. Namibia in March dropped restrictions despite vaccination levels at just over 20% but “encourages” people to wear masks on public transport and indoors, or Kenya where the last Covid-19 restrictions were lifted on 11 March.

“We believe as government we have a responsibility to guide the public in the middle of a pandemic,” said Phaahla, signalling South Africa’s attitude to Covid-19. “The pandemic is not over until the World Health Organization (WHO) declared the pandemic over.”

When that may be, who knows. DM