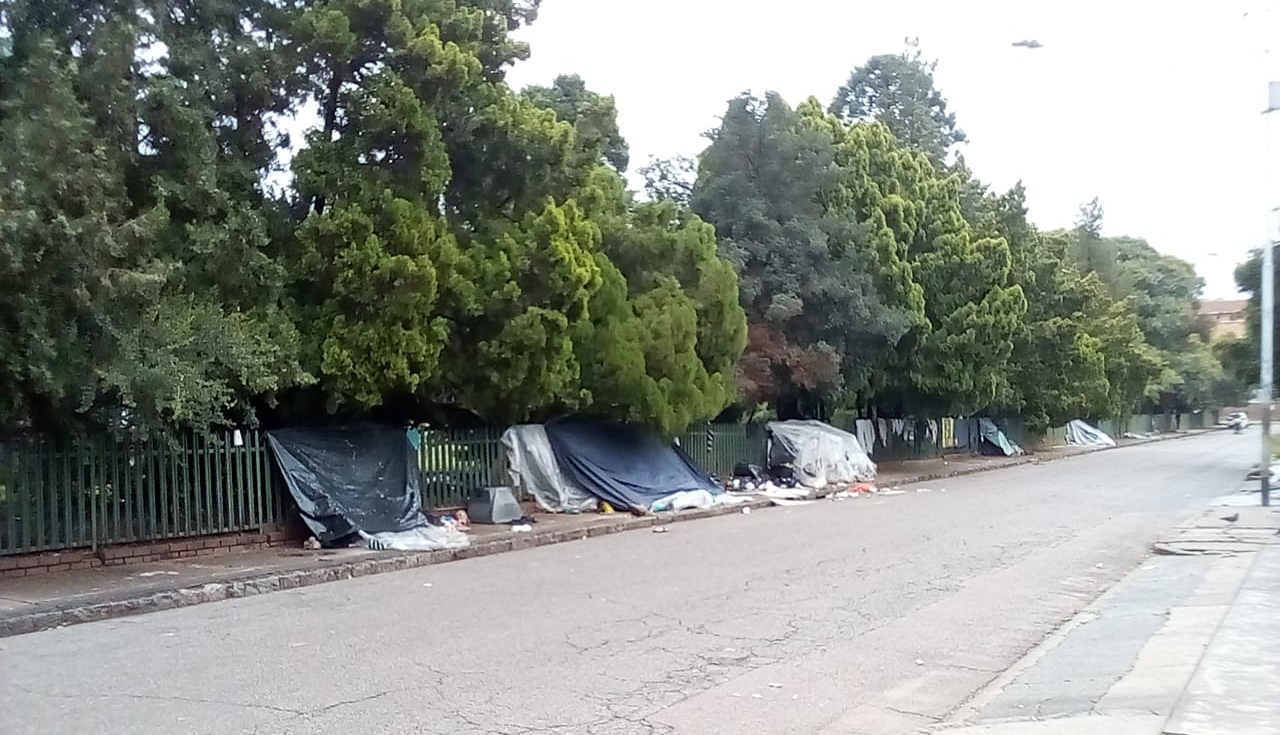 Shelters in Tshwane are calling for donations to help house homeless people during the winter. (Photo: Ezekiel Kekana)

The Gauteng Department of Social Development in Tshwane says 2,314 people were registered as homeless in March. However, the department only counts those registered and living in shelters and excludes those living on the streets.

Tshwane shelters are calling for help as winter comes to the highveld, leaving hundreds of people they house in need of blankets and clothing.

City of Tshwane Mayoral Committee Member on Social Development, Peggy De Bruin, acknowledges there’s “no official figure of homeless people in the City.” But on every corner of the city centre, there are homeless people.

De Beer expects more people to come to the shelters as winter approaches. She says the organisation needs help to buy materials for winter. “We have a need for blankets, pillows, linen and towels.”

At Kitso Lesedi, which shelters 343 people, there are not enough beds and blankets for the winter, says chief executive officer Maki Tselapedi.

The Gauteng Department of Social Development spokesperson, Feziwe Ndwayana, acknowledges that some of the shelters it finances have worn-out beds and blankets and others do not have beds at all. The Department budgeted R87.5-million to deal with homelessness in 2022-3 compared to about R84-million in 2021-22.

De Beer said the work was staff-intensive and the shelters battled to pay decent salaries.

Eric Nkuna says he prefers to live in the streets of the city centre, begging for food so that he can take his medication. Nkuna, from Giyani in Limpopo, says shelters are not safe. “There’s always fights in those places and I can easily lose my life there.”

Violet Ramabodu says she only goes to the shelters when she needs food and clothes. “I cannot stay there full-time because there are too many rules and I cannot be controlled by people.”

De Bruin urged homeless people to use the shelters. She said shelter management reports any violence to the police.