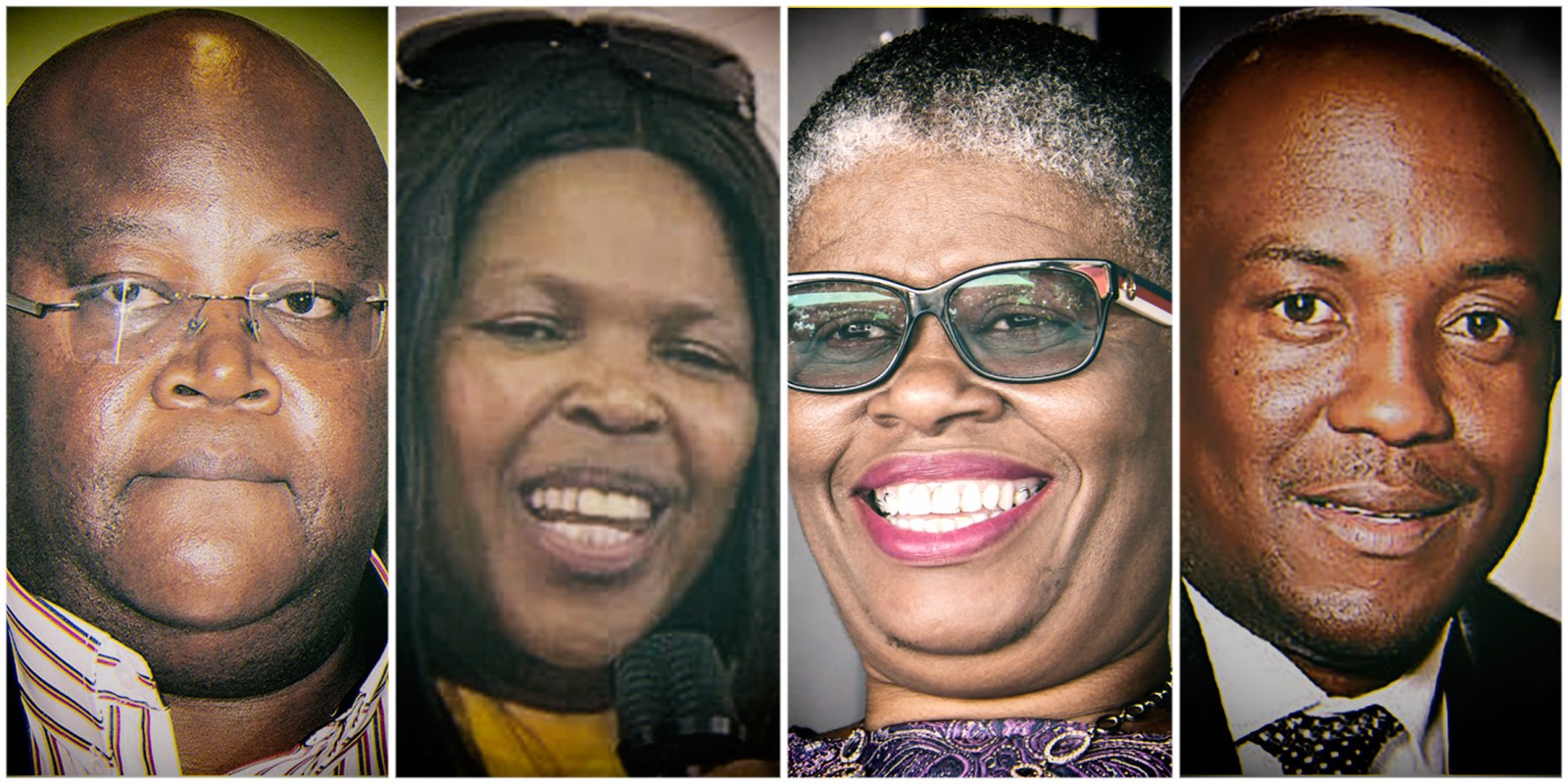 The recent election of at least two criminally charged ANC leaders to prominent positions could be a precursor to the same being done on a national scale — including a potential presidential bid by former health minister Zweli Mkhize, or even the return of suspended Secretary-General Ace Magashule.

The ANC’s National Working Committee (NWC) on Monday discussed proposals on how to prevent those who should be stepping aside from contesting for positions. Over the weekend, former eThekwini mayor Zandile Gumede was elected in her absence as the ANC’s chairperson in the region.

Because of the step-aside rule, she wasn’t allowed to attend the conference.

The same happened with murder-accused Mandla Msibi in Mpumalanga, where he was elected provincial treasurer for the ANC.

“It is something that pains us a lot,” a member of the NWC said on Monday.

“We had to intervene, but it’s something that comes from the branches. They lobby at branch level, so by the time it comes up there [it is hard to stop them],” the NWC member said.

The ANC’s 2017 step-aside resolution says that those who are criminally charged should step aside from their positions in the ANC and in government. Nothing in the resolution, however, explicitly forbids such leaders from running for positions and getting re-elected. Some of President Cyril Ramaphosa’s detractors, such as Magashule, have said that this rule is being applied factionally to keep them out of the running.

The rule might also prove to be difficult to apply when the criminally charged person is one of Ramaphosa’s backers, like Danny Msiza, who was forced to step aside due to racketeering, theft, fraud and money-laundering charges in relation to the VBS Bank saga, but who is eyeing an ANC leadership position in Limpopo.

“There are no explicit rules for exclusion, and the Electoral Committee could not agree to just arbitrarily introduce the exclusion of nominations,” the NWC member said.

It is likely that the National Executive Committee (NEC) meeting will be asked to decide on what to do about the matter at its next meeting, and also that the party’s Integrity Commission will be roped in to give guidance on how to interpret the 2017 conference resolution on the integrity of leaders.

“It is regrettable that it is interpreted in this way,” the NWC member said, with reference to the eThekwini and Mpumalanga cases, “and not in terms of what is ethical.”

The ANC is expected to release a statement on the matter.

The NWC meeting came as Ramaphosa’s detractors once again launched a strong pushback, following their weekend victory in eThekwini. Former president Jacob Zuma’s legal team on Monday managed another delay in his corruption trial after Judge Piet Koen said the appeal for a reconsideration application should be allowed to run its course.

Zuma is an ex officio member of the ANC’s NEC and, despite his corruption charges, has not been asked to step aside.

Magashule, also on Monday, indicated that he would appeal against the high court’s dismissal of his bid to challenge his prosecution on corruption charges.

The Mail & Guardian has reported that provincial leaders have called for the ANC’s step-aside rule to be reviewed at its December conference, while some wanted it scrapped altogether.

The SABC has quoted KwaZulu-Natal provincial secretary Mdumiseni Ntuli as already warning in February that leaders would be exploiting loopholes in the step-aside resolution.

“If the reason for you to step aside was to protect the standing and the image of the ANC, why then should you be elected during the same time when your matter is still in the court of law?” he said.

Another ambitious leader faced with the step-aside rule is Terris Ntutu in the Eastern Cape, who is campaigning for provincial secretary and who faces charges relating to a fraudulent refuse bag tender worth R10-million at the Mnquma Local Municipality. He was suspended as Amathole’s regional secretary and would have to have this suspension overturned before he could contest.

The ANC Women’s League president, Bathabile Dlamini, also intends to run for re-election despite having been convicted of perjury. She has thus far refused to step aside, implying that perjury is not on the list of serious crimes warranting such a sanction.

Mkhize resigned as health minister last year after serious allegations of corruption involving a Covid-19 communications tender, but he hasn’t been charged yet. Magashule has been suspended from the ANC because of his initial refusal to step down, which means that a sympathetic NEC would first have to overturn his suspension before he could run for a position, or his criminal charges would need to be dropped.

Some of Ramaphosa’s detractors had been calling for a national general council (NGC) to be held before the national conference, presumably to address matters such as the step-aside rule. The party’s NGC, the biggest gathering between its five-yearly conferences, was to have taken place in mid-2020, but because of Covid-19 restrictions it was impossible to hold the meeting.

The ANC’s electoral support has been dropping in recent years, partly because of a perception by voters that its leaders are corrupt. DM