Fighting hunger, one bowl at a time – two days in the unending battle to feed South Africa’s starving children 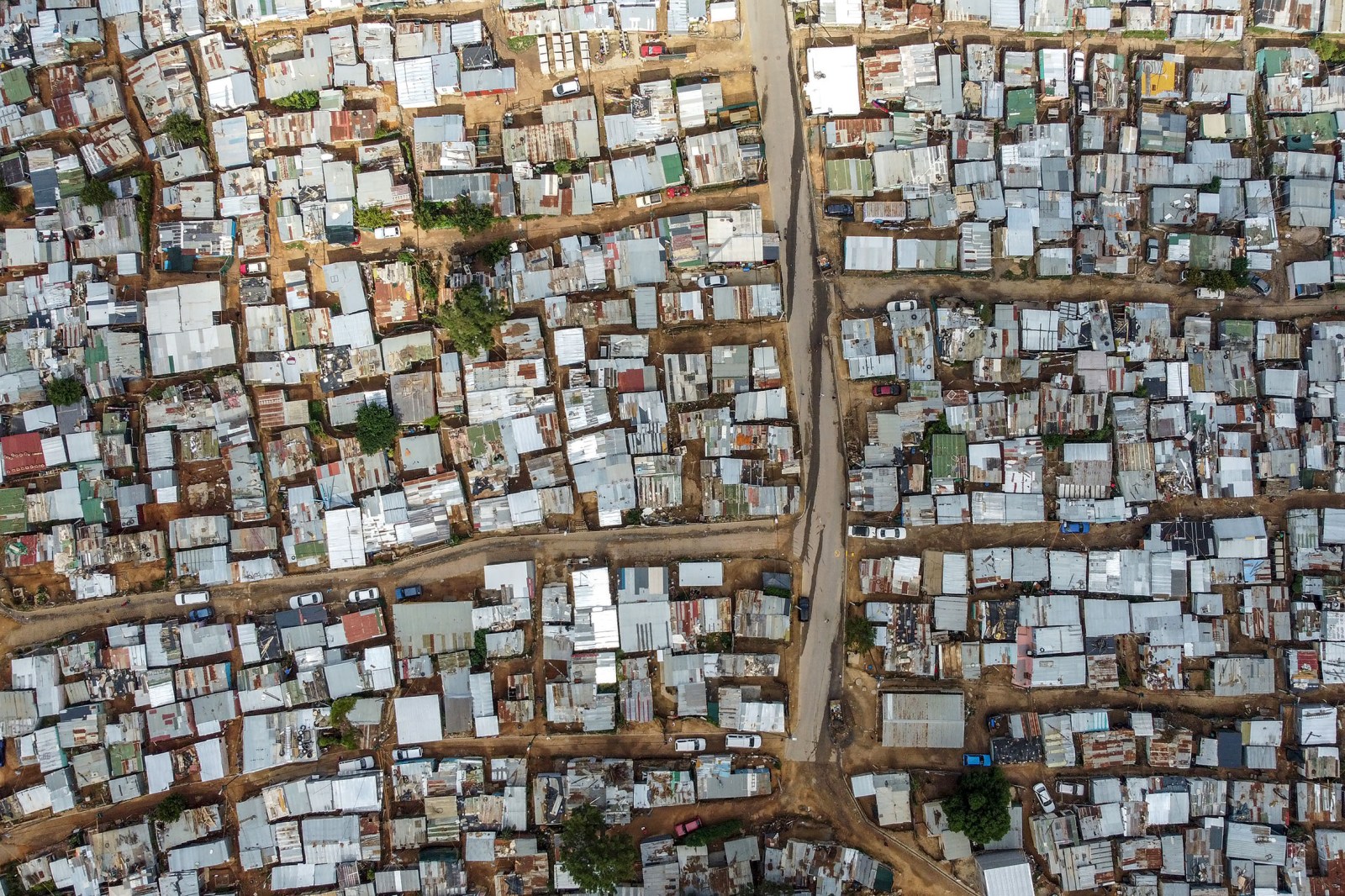 Daily Maverick joined an NGO on a two-day tour of Mitchells Plain and Franschhoek to witness the struggle against rising malnutrition among South Africa’s children.

‘Do you want porridge or a banana?” Lorraine Festus calls out to children standing in front of her door at her house in Mitchells Plain. “A banana,” stammers a young voice as he and several others wait their turn to get their share of porridge or fruit, based on availability.

Festus cooks porridge for the local children every day and sometimes gives take-home rations to the moms who have to work.

For many this is the only meal of the day.

With poverty, crime, substance abuse, gender-based violence and low education levels cited as the Western Cape’s most pressing challenges, it is the children who bear the brunt and often go hungry and malnourished.

A country of hungry children

In the Eastern Cape, deaths due to hunger have been documented by Daily Maverick – read “Seven children starve to death, others fight for their lives while malnutrition ravages Eastern Cape”.

Malnutrition is on the rise in South Africa, especially since Covid-19 lockdowns pushed more families into poverty. According to the South African Child Gauge 2020, the country is experiencing a “double burden of malnutrition”, where undernutrition and overnutrition coexist.

The Children’s Institute at the University of Cape Town reported that in 2020, 10% of children (2.1 million) lived in households that reported hunger. More than a fifth of them (22%) were from KwaZulu-Natal and 19% from Gauteng.

“A child would not tell you he is hungry if he is not hungry. These children are hungry, hungry,” says Festus.

Festus works for Foundation for Community Work (FCW), which promotes holistic early childhood development (ECD) within families and communities. It is one of a number of partner organisations that receive food assistance from Joint Aid Management (JAM).

JAM is a humanitarian aid and development organisation that has been “fighting hunger, malnutrition, poverty and barriers to education” in Africa for the past 38 years.

The organisation views nutrition as the foundation of child health and education – hungry or malnourished children cannot grow and develop to their full potential. In the Western Cape, it currently feeds about 9,000 children per school day with a bowl of porridge fortified with the required daily essential vitamins and minerals.

When JAM carried out body mass index (BMI) tests in Mitchells Plain and Khayelitsha in March, 86% of the children tested were found to be underweight.

“The need is bigger than what is seen. By the looks of it, children are fed and healthy, yet BMI results show the majority are still underweight. This means there is a huge malnutritional aspect that is not seen with the eye,” says Adel Terblanche, the Western Cape community development officer for JAM.

In Franschhoek, 89.3% of BMI-tested children were underweight. The statistic seems even more disturbing in such a wealthy area. But, as it is elsewhere in South Africa, the rich are neighbours of the destitute. Existing among the mountain peaks, fertile vineyards and extravagant wineland hotels are those whose lives are blighted by the insecurity of seasonal jobs and the timeless quick fixes of alcohol and drugs.

Many of JAM’s partners here scoff at “the R350” – the Social Relief of Distress grant given to certain families as part of the government’s Covid-relief efforts. “It is Christmas every month!” says Ingrid Lapland, who runs an ECD centre in Saagmeule, an area near the La Motte wine estate. “Some people really need the money and they do the best they can, but most of them use it to buy drugs and alcohol.”

She called on the Department of Social Development to visit her area when the grants are paid out so they can “see what happens when people collect their grants”. She points to young people ambling down the street, smoking and laughing.

Besides unemployment, she says, foetal alcohol syndrome (FAS) is a huge problem in their area – despite the lessons about its dangers she gives to expectant mothers.

“You can see the signs, the way they look and they can’t concentrate at school, easily distracted. We are a small community, so we know the parents. We do the training but they always say, ‘but I don’t drink wine or whisky, I just have beer or cider’.”

On the opposite side of the main road that takes you into the picturesque town with its art galleries, boutiques and fine restaurants, is Groendal, where shacks rise up the mountain.

The view across the valley alone would make this prime real estate, but here children line up to use the toilet in full view of each other at an ECD centre. From a shack in the yard of her landlord’s property, principal Sipokazi Ndlelebanzi looks after 44 children who are packed into three tiny classrooms.

A challenge to register

She is struggling to get her centre registered since the government requirements are stringent.

“There are a lot of rules and policies that make it difficult,” says Terblanche, explaining that JAM also tries to help ECD centre owners in this regard.

“We have a lot of problems here. Communities need help, they need awareness, they need to be educated on problems so that they can resolve them themselves.”

But, all of these efforts require funding and one of JAM’s largest donors withdrew at the end of March.

“It is absolutely devastating,” says Terblanche. “Thousands of children will not get our porridge anymore. It only costs R60 a month to feed a child. I’ll put my head on a block for our porridge. I have seen what it has done.”

Once again it is the children who will bear the brunt. DM