Tiger defies odds at 2022 Masters, 25 years after changing the face of golf 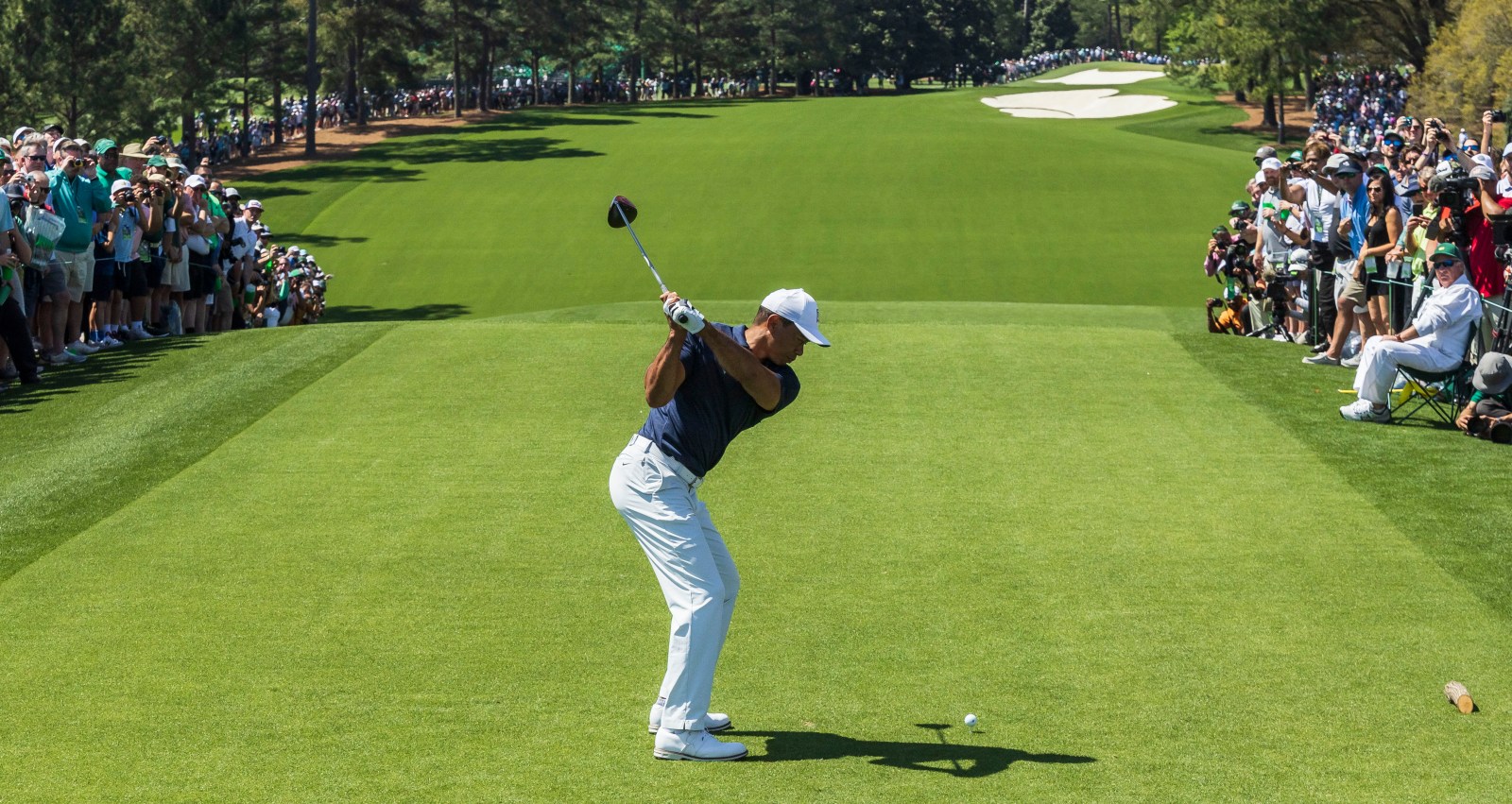 A quarter-of-a-century ago Tiger Woods made his professional debut at The Masters and routed the field. Golf was changed forever.

When Tiger Woods walked off the famous 18th hole at Augusta in 1997, having won the Masters by a record 12 strokes, he confirmed that on the cusp of a new century, golf had taken a giant leap forward.

That week 25 years ago represented a change in the sport. Tiger’s power and fitness dragged many of his contemporaries away from the clubhouse bar and into the gym. But Tiger’s presence also broke down the barrier that golf was an elitist, whites-only sport.

His victory, to claim one of golf’s biggest prizes at a venue that had only accepted its first black member in 1990 and wouldn’t accept its first female member for another 15 years after Woods’ 1997 win, moved the needle. Golf was cool. Golf was for everybody.

And 25 years on, after Woods’ own ups and downs and the fact that he is 46, he is still the biggest story in golf and perhaps in all sports.

Despite Augusta and Masters’ own racist history, the last 25 years have represented some sort of atonement thanks to Woods. Tiger’s name is synonymous with the tournament and the club and there is no doubt that he is the most popular player whenever he tees it up.

In 2022, Woods was named in the field for the season’s first major. That was a surprise. Tiger’s own confirmation on 5 April that he would start, sent the sporting world into near meltdown.

Could Woods, a man nearly crippled in a car accident 14 months previously, do the seemingly impossible and win a sixth green jacket? In 1986, the 46-year-old Jack Nicklaus defied the odds to win his sixth Masters title.

Until Woods’ 1997 victory, where he nearly lapped the field on his way to a record 12-stroke win with an 18-under total, Nicklaus’ ’86 victory was the Masters’ most famous win.

If Tiger astounded in 1997, there was an air of expectancy that the player who had just won six US Amateur titles in a row (three junior and three senior) would win the Masters in due course. No one quite expected it to be in his first attempt as a pro (he played the Masters twice as an amateur), but it felt like a coronation, not a surprise.

While his 1997 win still resonates around the golfing world, his 2019 victory for his fifth green jacket after multiple back surgeries, is the most fondly remembered.

An older and slightly humbler Woods captured his 15th major, and his first in 11 years, at the course and tournament which catapulted his career into the stratosphere. It was a fitting place for a comeback.

But in February 2021, when Woods’ car careered off a California road in the early hours of the morning, leaving the star golfer with severe compound fractures, it felt as if the 2019 Masters would come to be the fitting bookend to his career.

After shattering his right leg in the accident, which doctors considered amputating, playing again was furthest from his mind. Walking normally would be an achievement.

After months of rehab, of pain and suffering and hours of physio and exercise, Tiger arrived at Augusta with one goal — to compete again.

And there might be some serendipity about his return to Augusta. He is 46 — the same age Nicklaus was in 1986. Tiger is hunting a sixth green jacket and this is the 86th staging of the Masters. Perhaps the stars will align for an unlikely victory.

At Augusta this week, Tiger’s gait has been slower and there is a hint of limp, but he is in the field and his competitors, many of them who took up the game because of Tiger, will be in awe. His mere presence might be enough to earn him a few shots on the field, such is his stature.

And ever the competitor, Woods refused to accept that participating in the 2022 Masters was an achievement itself. “Do you think you can win the Masters this week?” he was asked. With a searing glare at the reporter who dared to ask such an insolent question, Tiger responded: “I do.”

Stories of his competitive streak are legend, and with a career that has yielded 15 majors and 82 wins on the PGA Tour, never mind changing the nature of golf into a legitimate athletic endeavour, Woods won’t hit a single shot without the belief that he is a contender.

“I can hit it (the ball) just fine,” Woods responded when the same reporter asked what led him to believe he could win. “I don’t have any qualms about what I can do physically from a golf standpoint. Now walking is the hard part. This is normally not an easy walk to begin with. Now given the conditions that my leg is in, it gets even more difficult.

“You know, 72 holes is a long road, and it’s going to be a tough challenge and a challenge that I’m up for.

“I’ve been in worse situations and played and won tournaments. Now, I haven’t been in situations like this where I’ve had to walk and endure what I’m going to try and endure, that’s going to be different. It’s a different challenge.

“But my back surgeries that I’ve had before and the stuff I had to play through, even going back to the US Open when my leg was a little bit busted, those are all times that I can draw upon where I was successful, how I’ve learned to block things out and focus on what I need to focus on.”

Even though the fire to win burns as hot as ever, Woods was also in a reflective mood. He was mainly reflective about the past 14 months, but also about his impact on the sport in the quarter-of-a-century since he won at Augusta for the first time.

“It’s hard to believe it’s been 25 years since I won here, but it’s great to be back and be able to feel the energy and the excitement of the patrons again,” Woods said.

“In the first days after the accident I was still in a hospital bed, and I was out for the next three months. I never left that hospital bed even to see my living room for three months. So that was a tough road.

“To finally get out of that where I wasn’t in a wheelchair or crutches and walking and still had more surgeries ahead of me, to say that I was going to be here playing and talking to you guys (reporters) again, it would have been very unlikely.

“I’m very, very thankful. Thankful for everyone’s support, everyone who’s been involved in my process of the work that I’ve put in each and every day, the people I work with, my whole team. And to all the support from the players out here.

“We’re a big fraternity. The amount of texts and FaceTimes and calls I’ve gotten over the past year have meant a lot,” he said.

With the thanks out the way, Tiger issued a shot across the bows of the rest of the field.

If anyone can overcome the challenge and find the right focus, it’s Tiger Woods. After all, he has made a career of rewriting history. DM