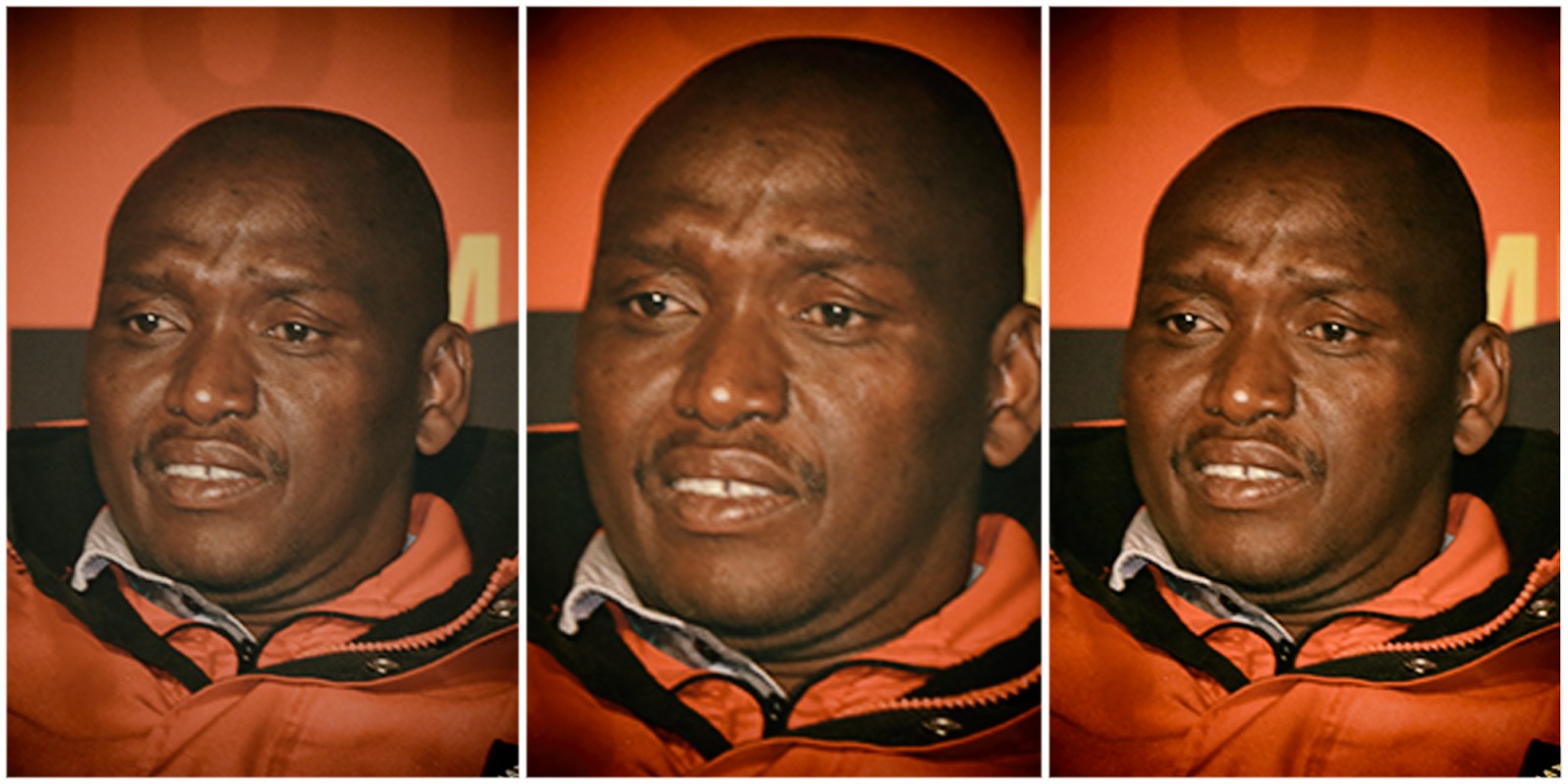 William Mabapa, who has been acting General Secretary of the National Union of Mineworkers, was elected to the position at the union’s 17th national congress last week. This gives Mabapa a mandate to carry on with initiatives that include working with its former rival, the Association of Mineworkers and Construction Union.

William Mabapa became acting General Secretary of the National Union of Mineworkers (NUM) when the affable David Sipunzi died suddenly in late December 2020. He has now been elected by the union’s members to be the union’s torchbearer.

In an exclusive interview with Business Maverick, he laid out some of NUM’s priorities, admitting the union had lost ground in the past to rivals such as the Association of Mineworkers and Construction Union (Amcu) because of perceptions that it had become too close to the bosses.

One of the points he made was that negotiating at odds with union rivals such as Amcu played into the hands of the mining companies.

NUM and Amcu had been arch rivals since the latter’s explosive rise on the platinum belt a decade ago, which triggered events such as the Marikana Massacre in August 2012, when South African police shot dead 34 workers taking part in a wildcat strike at the now defunct Lonmin mine. It was a strike that had already been defined by deadly levels of violence.

The subsequent “turf war” between the two unions would claim many more lives and be a prime source of instability in the mining sector, giving rise to explosive bouts of labour and social unrest.

The cooling of tensions between these rival unions in recent years has probably delivered an underreported “peace dividend” that has benefited all stakeholders, including business.

Mabapa provided some detail on how that transpired.

Gama is Amcu’s soft-spoken treasurer-general, whose reserved demeanour is a sharp contrast to the fire and brimstone persona of the union’s founder and longtime leader Joseph Mathunjwa, a man who knows how to work a crowd.

That led to wage agreements in late 2019 with major platinum group metals producers, which did not involve a strike such as the crippling five-month action spearheaded by Amcu in 2014.

It is interesting to note that NUM began holding rallies in the Marikana and Rustenburg areas in 2019, defying the conventional wisdom that the region was a “no-go zone” for such activities. The two unions were still at loggerheads then, but a thaw was clearly under way.

Amcu and NUM have since joined forces in talks with Harmony Gold that saw the former adversaries and three other unions sign a historic wage agreement last year. The two unions are now on strike together at the South African gold operations of Sibanye-Stillwater (Sibanye). This is a marked contrast to 2018, when NUM and other unions accepted a Sibanye wage deal, but Amcu members embarked on a fruitless and violent five-month strike that saw its members eventually signing up to the wider agreement.

The previous rivalry between the unions had seen NUM lose members to Amcu. Mabapa admitted that NUM had dropped the ball and could not blame the opposition for their “own goals”.

“If people can leave your union and join others, you need to ask yourself many questions. Don’t just rush to anger. You have to admit to the mistakes that you have made and rectify those mistakes,” Mabapa said.

He conceded that there might have been perceptions that NUM’s leadership was getting too close to the bosses and capital, but NUM was now 40 years old and he said things changed over the course of a relationship.

“In 40 years there are many things we have achieved. But some of the things we achieved are working against us now because they are construed to classify us as a union that is very close to management,” he said.

“When you are in an old union, one of the things you experience is that it happens at a stage when you establish a good relationship. That does not mean you are selling the workers out. There are good relationships with the employers that are benefiting union members… big time.

“You can’t tell me that you have been married for 40 years and your behaviour is still the same as when you were dating each other. The relationship has matured.”

Mabapa said NUM remained opposed to the unbundling of embattled power utility Eskom into generation, distribution and transmission entities. The union sees this as paving the road to privatisation.

NUM also wants to keep the coal mines and power plants humming, but using technologies such as “clean coal” to curb greenhouse gas emissions and pollution. This is one of the many fault lines opening between the wider environmental movement and the organised working class.

Meanwhile, for better or worse, NUM and Amcu members are on strike at Sibanye’s gold operations.

Unlike 2018/19, this strike does not appear to be characterised by the violence which saw several people killed when Amcu members downed tools then.

Time will tell if the truce holds, but Mabapa clearly seems to have played a role in a ceasefire that is holding. DM/BM