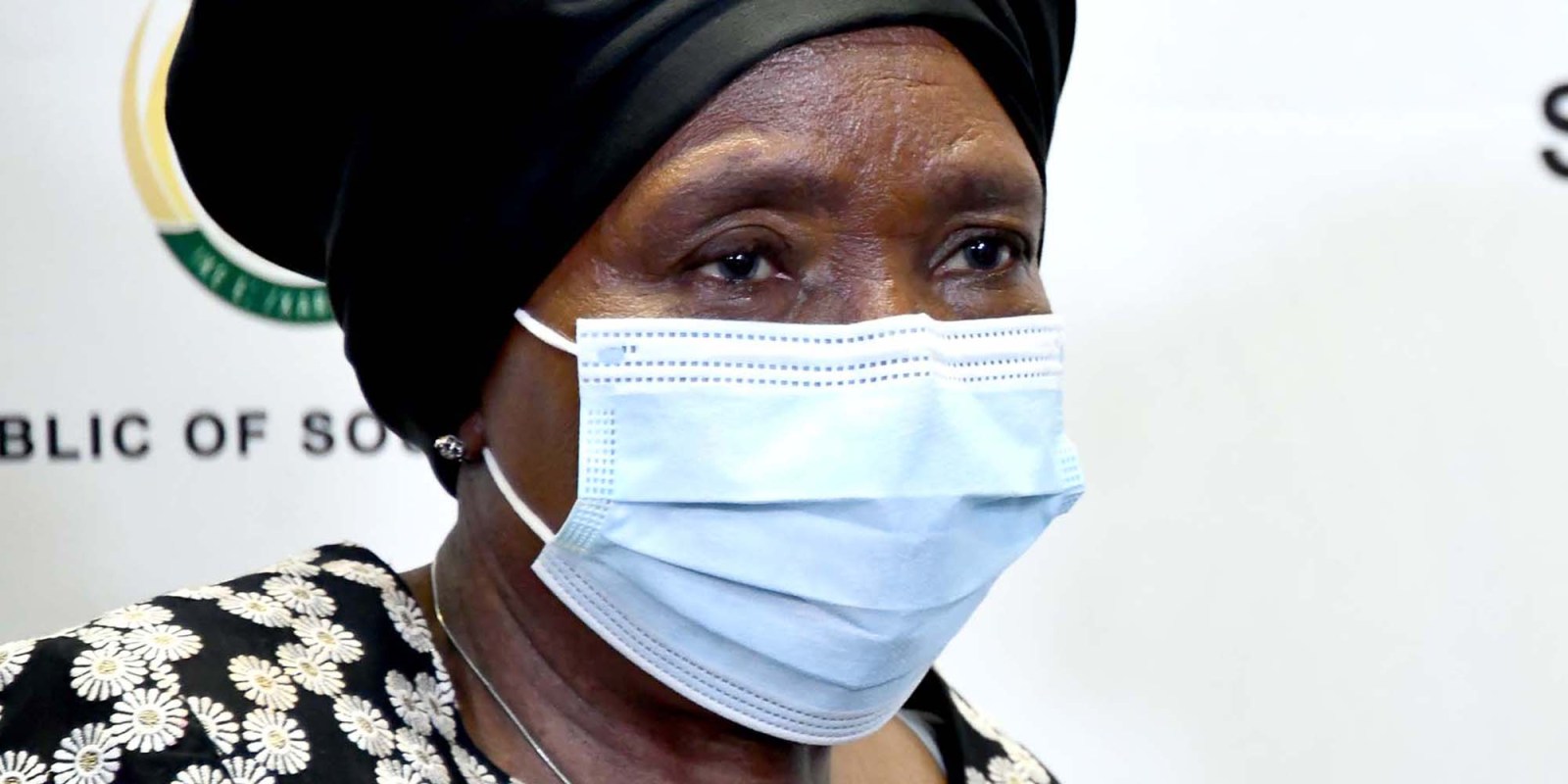 The State of Disaster could be lifted next week, according to Cooperative Governance Minister Nkosazana Dlamini Zuma, but it’s unclear whether the new draft regulations will replace the previously released proposals or complement them.

The government wants to lift the State of Disaster by 5 April following the gazetting of new regulations aimed at guiding the country’s ongoing response to the Covid-19 pandemic, Cooperative Governance and Traditional Affairs Minister Nkosazana Dlamini Zuma announced in a press conference on Tuesday.

President Cyril Ramaphosa’s Cabinet has been under significant pressure from business groups, opposition parties and healthcare experts to lift the two-year State of Disaster, which has been criticised as a burden on the country’s economic recovery and unnecessary in ongoing efforts to prevent hospitalisations and deaths.

Ramaphosa last week announced his intention to end the State of Disaster around 16 April, after the one month available for public comments on proposed amendments to the National Health Act closed.

On Tuesday, Dlamini Zuma said new draft regulations would be released to manage the response to Covid-19 once the State of Disaster is lifted. They had not been released at the time of writing.

The minister said the public could submit comments on the new regulations for 48 hours, after which the comments would be analysed and, the government hopes, the State of Disaster could be lifted.

It’s unclear whether the new draft regulations will replace the previously released proposals or complement them. Dlamini Zuma’s spokesperson, Lungi Mtshali, did not respond to a request for comment.

The minister said the new regulations, which would be gazetted and released on Tuesday, made provision for the wearing of masks in indoor public spaces, limitations on gatherings, physical distancing requirements and rules for travellers coming to South Africa.

Ramaphosa outlined the same regulations during his speech last week. He emphasised that the end of the State of Disaster did not signal an end to the fight against Covid-19, suggesting some form of regulations would stay in place in the near future. Dlamini Zuma, however, said the regulations would only last 30 days after they were introduced.

“Though the pandemic is not yet over, it was the desire of government for the country, as much as it is possible, to return to normality, but in a manner that recognises the changing nature of the pandemic,” said Dlamini Zuma.

She defended the State of Disaster, which has been repeatedly extended. “If you look at how we have done through the two years and look at how other countries also have done and compare what happened here now and what happened during the Spanish flu, I think, yes, it was necessary because I think we would have experienced many more deaths if we hadn’t [imposed the State of Disaster].”

Cilliers Brink from the DA welcomed the government’s “climbdown” but remained cautious about future regulations.

“We are deeply concerned that this is only a tactical concession, and that the government intends to hang on to lockdown powers by using national health regulations,” said Brink.

Other political parties were also critical. Speaking on the SABC, Cope’s Dennis Bloem said the minister’s press conference was unnecessary and a waste of time.

The IFP’s Mkhuleko Hlengwa said Dlamini Zuma’s address was a “tautology” of Ramaphosa’s earlier address and that the proposed regulations mean “more or less the same, whether it is under a State of Disaster or not”.

UDM leader Bantu Holomisa tweeted: “This is rubbish, it’s creating a permanent State of Disaster scenario. All they’ve done is transfer provisions in the disaster of management act into the Health Act!”

The new Covid-19 regulations published under the National Health Act have been criticised as an attempt by the government to maintain the wide powers it received under the State of Disaster. They allow authorities to impose curfews, mask mandates and limit the distribution and consumption of alcohol. They also introduce new self-isolation and quarantine regulations, which have been criticised as incoherent and illogical. DM