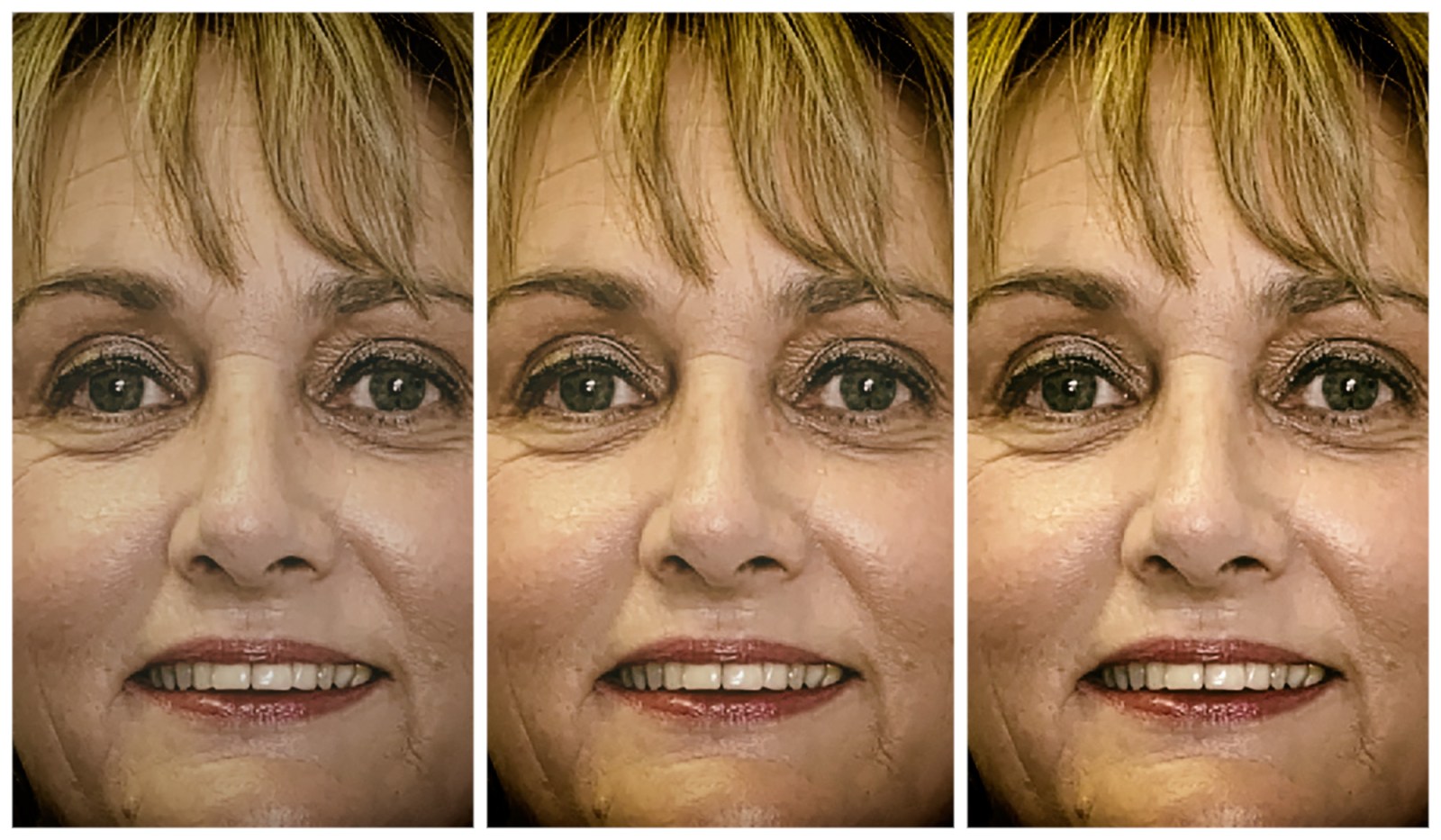 Ekurhuleni Mayor Tania Campbell said she appreciated the enormity of the task that lay ahead, but that would not excuse her from living up to her task of serving the people of the city. (Photo: en.wikipedia.org)

Campbell said in her state of the city address good administration in Ekurhuleni would ensure the stable recovery of the region from the past two years of turmoil, and also bolster resilience for the future.

‘Our multi-party coalition government is as diverse as the communities we serve,” said Ekurhuleni Mayor Tania Campbell during her state of the city address at the OR Tambo Council Chamber in Germiston on Wednesday.

The coalition government, she said, “gives us a distinct advantage in understanding the real challenges facing communities across the city. As a result, we are well placed to resolve the service delivery and financial quagmire we encountered when we acceded to office barely four months ago.

“That understanding will be reflected in the programmes and priorities we lay out today and the reason I have chosen the theme for the first State of the City Address of this administration: ‘Back to Basics for Service Delivery and Inclusive Growth.’ ”

Last year Daily Maverick reported on the maladministration of the City of Ekurhuleni.

Ekurhuleni looks okay on paper but, in reality, it’s on shaky ground

Campbell’s address has prioritised key points on service delivery drawn from the coalition administration that include:

Load shedding continues to be a pandemic faced by many across the nation, including Ekurhuleni citizens. In February, three people died in a fire started by a candle during a power outage in Villa Liza. Since the beginning of the year, residents of Kempton Park and surrounding areas in Ekurhuleni have been subjected to ongoing power cuts due to faulty cables.

Campbell said that with the multi-party coalition in charge, the City of Ekurhuleni will, by the end of this political term in 2026, have a reliable and expanded electricity supply. She said this would be achieved by investing in the replacement and expansion of backbone infrastructure at a rate of at least 10km of cables per year, for the next four years.

“It will start with a 40% increase in capital expenditure allocation in the next financial year. The city will be decreasing its dependence on Eskom through the recent appointment of 47 private power producers, which will now be built and sell electricity to the city from 2024 onwards.”

Campbell said Ekurhuleni’s energy department was investigating installing battery energy storage systems in the longer term. “It will allow us to mitigate load shedding on the one hand, but on the other, also provide the option to store energy when supply is at cheap low demand and draw on reserves during expensive peak periods.”

The theft of cables and other assets, and illegal connections cause a significant number of electricity outages. To eliminate the cable theft, Campbell said they would introduce incentives for the arrests and successful prosecution of culprits, set standards for patrols and introduce early-warning technology protective structures with smart locking capabilities.

Residents of Ekurhuleni have experienced frequent water outages caused by drops in pressure in the supply from Rand Water due to Eskom outages. To counter this, Campbell committed to constructing nine additional water towers and reservoirs by June 2023.

“The wellbeing of our ratepayers and residents critically depends on the updating of infrastructure to stop contamination and waste. By the end of this political term… none of our drinking water will flow through asbestos cement pipes any more; major over-capacitated outfall sewer lines would also have been replaced in the southern and northern regions of Ekurhuleni, and we aim for water losses to be reduced by a quarter.

“More immediate steps over the next financial year will include the replacement of 8,000 water meters and the replacement and upgrading of sewer pipes across the city… tightening consequence management for the illegal water connections and unauthorised consumption and damage to services, in terms of which inspection fees and stiff fines will be levied.”

Because of the possibility of water scarcity by 2025 brought by climate change, Campbell has urged the council and the citizens of Ekurhuleni to support the work of the Ekurhuleni Water Care Company (Erwat) to improve the reuse and management of resources through water reclamation, green smart plants, renewable energy initiatives, sludge beneficiation and in-line turbines.

Stormwater has damaged roads in Ekurhuleni, resulting in a potholed city.

Campbell said that the road and transport department would improve its stormwater maintenance performance.

“During the first 100 days of our multi-party coalition administration alone, 2,100 stormwater drains were maintained and we also patched 29,000m2 of road. We expect to exceed the performance of prior financial years by the end of June… We further encourage citizens to continue to report potholes via the My CoE app and other service delivery complaint routes.”

Ensuring a hygienic environment in which to live and play

The Global Covenant of Mayors recently awarded the City of Ekurhuleni three badges for Climate and Energy for its achievements towards a low-emission, climate-resilient and sustainable energy future, yet much more remains to be done.

Campbell said the city wants to continue decreasing its contribution to the causes of extreme climate events. “For this reason, we have resolved to align our environment and waste goals for our term in office, aligning ourselves with the C40 network protocols on climate change.

“So far under the leadership of MMC [Andre] du Plessis, the department has rehabilitated infested water bodies, targeted the protection of wetlands, reopened two inoperative landfill sites, and dealt with illegal dumping around the city… Clean-ups have commenced in the central business districts — once the jewels of our city — to entice businesses back.”

Campbell said there is a backlog in outstanding title deeds at the provincial structures.

“We will increase the number of title deeds we issue from 2,000 to 3,000 for the next financial year. The city’s social housing stock will continue to be refurbished on an ongoing basis and… new… housing units will be delivered subject to further rollover approval and gazetting by the Gauteng Department of Human Settlements.”

Campbell said: “On 31 January of this year, Operation Buya Mthetho was launched to increase the localised law enforcement. Buya Mthetho is a multidisciplinary initiative that involves officials from the EMPD [Ekurhuleni Metro Police Department], SA Revenue Service, Home Affairs and other law enforcement agencies to address issues related to hijacked buildings, illegal dumping, illegal water and electricity connections and illegal drug trading, along with other crimes plaguing the city centres.

“In the next financial year, the EMPD will deploy an additional 480 municipal police officers to supplement the current force capacity, thereby improving police visibility. This number may be increased in future.”

“We have witnessed the bravery and selfless service of the EMPD and Disaster and Emergency Management Services such as with the recent floodings of informal housing built below flood lines in Tembisa,” said the mayor.

“I want to congratulate EMPD and Disaster and Emergency Management Services further on the excellent example they set to all other departments in terms of response times, proactive probing of problem areas and hotspots, and especially proactive and timeous communication to citizens and stakeholders both during and outside of emergencies.”

“Nearly 65% of eligible people have been vaccinated in the City of Ekurhuleni. We are very close to the 70% benchmark, advocated for by the World Health Organization… Amongst our City of Ekurhuleni employees, the number vaccinated is now 78%… To those in our community who have yet to do so, a word of encouragement to consider the benefits for themselves and those around them of getting vaccinated.”

Campbell said the city is still at risk as far as financial stability is concerned.

“On our accession to office, we found a city with a collection rate of around 84%, compared to the budgeted 90%. Cash on hand deteriorated to a 14-day reserve, which we have since improved to a 21-day reserve, with some way to go to meet National Treasury’s 30-day minimum requirements.

“We also found a Moody’s downgrade at the end of November 2021, necessitating a R500-million reduction in borrowing, thus impacting negatively on capital expenditure.”

Campbell has alerted the businesses, parastatals, government entities and individuals operating in the City of Ekurhuleni that “sustained non-current debt not being paid up is negatively impacting the city’s finances. This will necessitate tighter control through service disconnections for any debt over 45 days… There are practices by some industrial clients to bypass electricity metering, resulting in significant losses in the city. Where these are uncovered, the perpetrators will be brought to book.”

Campbell concluded: “We hope for the speedy re-emergence of peace in the region, and the service delivery objectives outlined for this administration to make real progress in the lives of our citizens.” DM