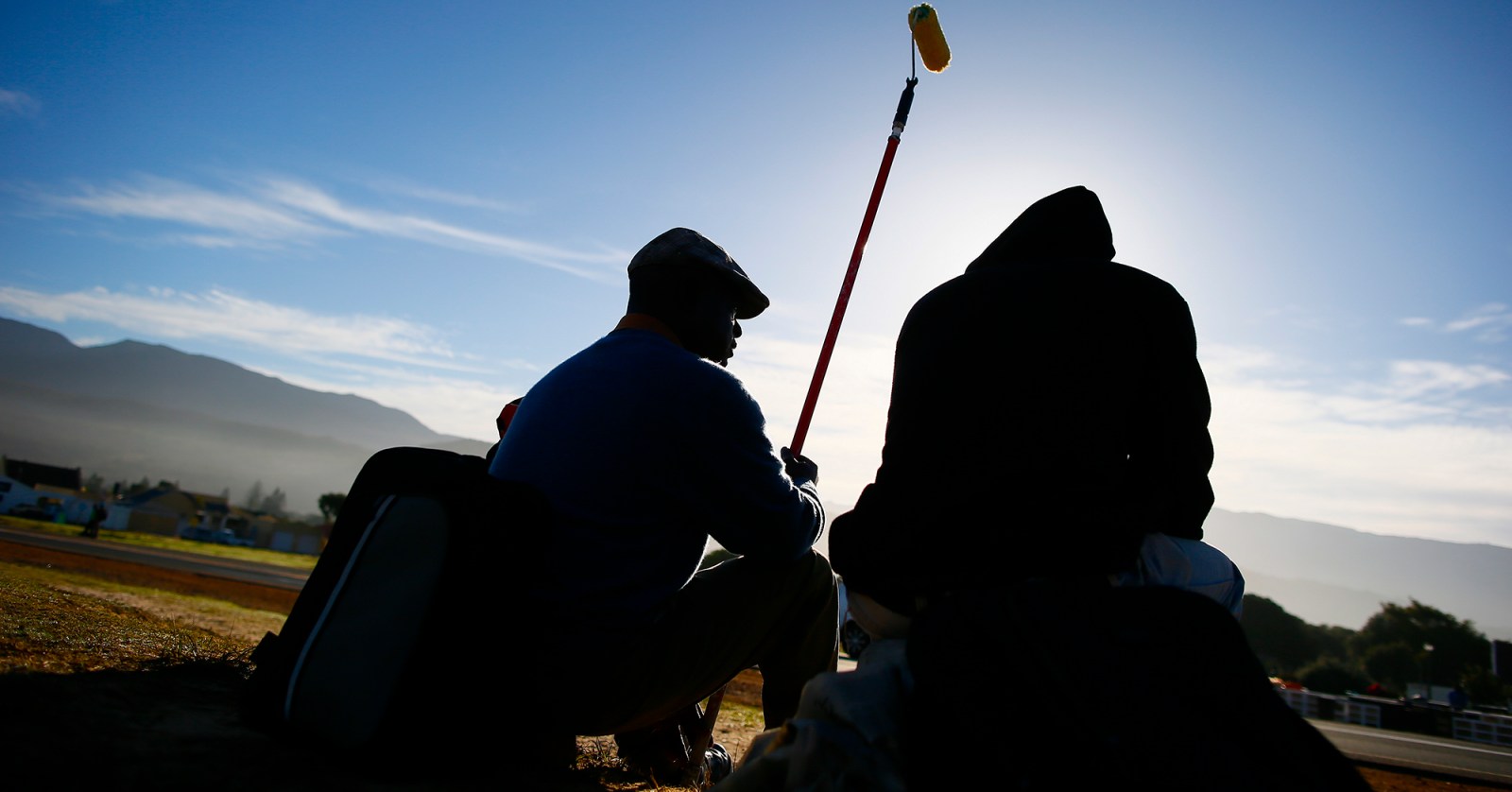 South Africa’s unemployment rate has maintained its dismal ascent, climbing to 35.3% in the fourth quarter of 2021 from 34.9% in the third quarter. The ‘recovery’ that saw the economy grow 4.9% in 2021 has been a jobless one.

Days after South Africa tried to sell itself as an investment destination, the latest employment data, released on Tuesday by Statistics South Africa (Stats SA), laid bare the dire state of this economy. Unemployment in Q4 last year rose to 35.3% from 34.9% in the previous quarter. This was the highest level since the start of the Quarterly Labour Force Survey in 2008. The youth unemployment rate remains at a staggering 65.5%.

Under the expanded definition which includes discouraged job seekers, the unemployment rate declined to 46.2% from 46.6%. You know things are pretty bad when this is the “good news”. It is depressing to note that the manufacturing sector shed 85,000 jobs during the quarter and construction 25,000.

The agricultural sector added 38,000 jobs, but industry group Agri SA noted there was a 20.6% decline in skilled agricultural employment compared with the previous year.

“It remains a concern that this drop in skilled employment represents a brain drain for the sector,” Agri SA said.

Agri SA also pointed to the many constraints to growth.

“The sector’s growth continues to be stifled by poor infrastructure such as roads, rail and ports, amongst many other challenges like rising input costs,” it said.

“The latest increase in the unemployment rate comes despite an improvement in economic activity in Q4, when real GDP expanded by 1.2% q-o-q. And even though the economy grew by 4.9% in 2021, the official unemployment rate is still 2.8 percentage points higher than the 32.5% recorded in Q4 2020,” Oxford Economics Africa economist Jee-A van der Linde said in a note on the data.

“South Africa’s economy is producing jobless growth and given our economic growth projections, we forecast that the unemployment rate will settle at about 30% in the medium term.

“Moreover, with inflation set to increase over the coming months, higher living costs together with limited job opportunities will be detrimental to South Africans in general, and low-income households in particular.”

The latest release also comes in the wake of a recent World Bank report which found that South Africa remains the most unequal country in the world. A key reason for this unsettling state of affairs is the failure of the economy to create jobs at a pace that keeps up with population growth.

The deterrents to investment — and the job creation that it often, though not always, entails — are well known. Unemployment itself has a corrosive effect on investment as it is surely behind much of the social unrest that has been rocking South Africa. After the July riots of last year, would any boardroom agree to a massive new investment to build a factory in Durban?

Unemployment also has a negative impact on consumption and savings and investment — it’s hard to do any of those things without a steady income.

Meanwhile, the ranks of the indigent are clearly swelling and children are starving to death in the Eastern Cape. Unemployment means hardship and hunger — and now, shockingly, starvation. This is a result of failures by the ANC to create an economic environment that creates jobs and spreads prosperity. DM/BM