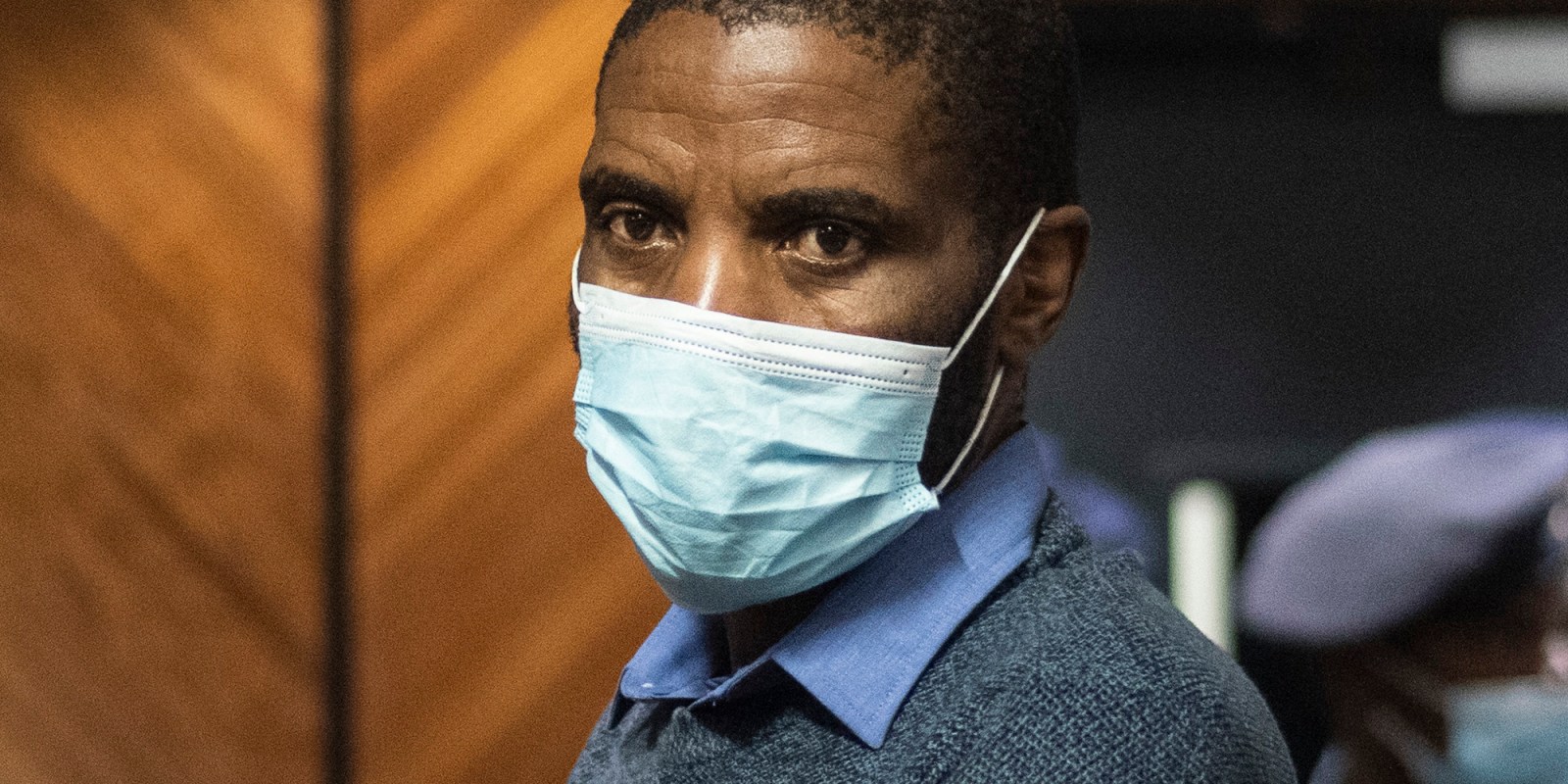 Zandile Mafe appears at Cape Town Regional Court for verdict on bail hearing on February 04, 2022 in Cape Town, South Africa. It is reported that the Mafe is facing charges of arson, theft, housebreaking and contravention of the National Key Points Act. (Photo: Gallo Images/Brenton Geach)

A facial comparison report has linked Zandile Christmas Mafe to the CCTV footage recorded at the time of the fire that gutted the National Assembly and parts of the Old Assembly.

Court proceedings have been postponed for six weeks due to delays in the investigation. About 50 tons of water in Parliament’s waterlogged basement also needs to be cleared for the forensic investigators to be able to determine the cost and amount of damage.

This evidence was presented by prosecutor Mervyn Menigo in the Cape Town Magistrates’ Court on Friday, 25 March 2022.

The CCTV footage was a bone of contention during Mafe’s bail application on 29 January 2022. At that juncture Cape Town Regional Court, Magistrate Michelle Adams ruled that the footage should not be shown by the State.

The CCTV footage in question outlined in detail how the fire was started in the early hours of 2 January 2022. The footage will be core evidence the State will use once the trial gets under way in the Western Cape High Court.

48 hours of fire: A timeline of the Parliament blaze

Mafe faces charges of housebreaking with the intent to commit terrorism and arson, as well as separate terrorism, arson and theft charges.

The charges relate to the fire that ripped through Parliament, which caused widespread damage to both the Old Assembly and New Assembly buildings. If convicted on the terrorism count, Mafe faces the prospect of life imprisonment.

Menigo gave the court an update on the Hawks’ investigation at the National Assembly and Old Assembly. He reiterated the cost of the damage is pivotal to the charges of terrorism and arson.

Theron’s affidavit further indicates that while the forensic investigation of the crime scene still needs to be completed, a final report will be ready within six weeks and that the Department of Public Works requires at least three weeks to conclude its engineering report.

It is against this backdrop that the State requested a postponement for six weeks, to allow for the investigation to be concluded. Menigo told the court a draft indictment and summary of fact document will be ready at the next court appearance and that the matter would be referred to the Western Cape High Court for pre-trial purposes.

Menigo argued: “We know that the accused was arrested on 4 January 2022. This is a complex investigation which has resulted in unforeseen delays, which are not in the hands of the investigation team.”

Reacting to the allegation that Mafe’s face was identified on CCTV footage, his lawyer Luvuyo Godla said: “Yes, we heard that for the first time on Friday in court. We can only comment on that when we are placed in possession of the particulars for purposes of the trial.”

His client’s health, he said, is fine, adding that Mafe is ready to go to trial whenever it commences but that his client was being used as a scapegoat. “Mr Mafe had no interest whatsoever in burning the Parliament. We can even further say that my client was surely used to further the interest of someone else who should come and stand trial.

“We heard on previous occasions when the State said there will be further arrests. We are gladly waiting on that day,” Godla said.

Of equal importance to Godla is appealing the bail decision.

The matter, Godla said, will be heard in the Western Cape High Court next week. The defence will not present new evidence but argued that the magistrate had erred in refusing Mafe bail.

Western Cape National Prosecuting Authority spokesperson Eric Ntabazalila said: “All evidence gathered so far in this matter points to the accused. The State is going to oppose his appeal application.”

Mafe is back in the Cape Town Magistrates’ Court on Thursday, 12 May. DM

For a deep dive into the Mafe case, see this article by Marianne Thamm