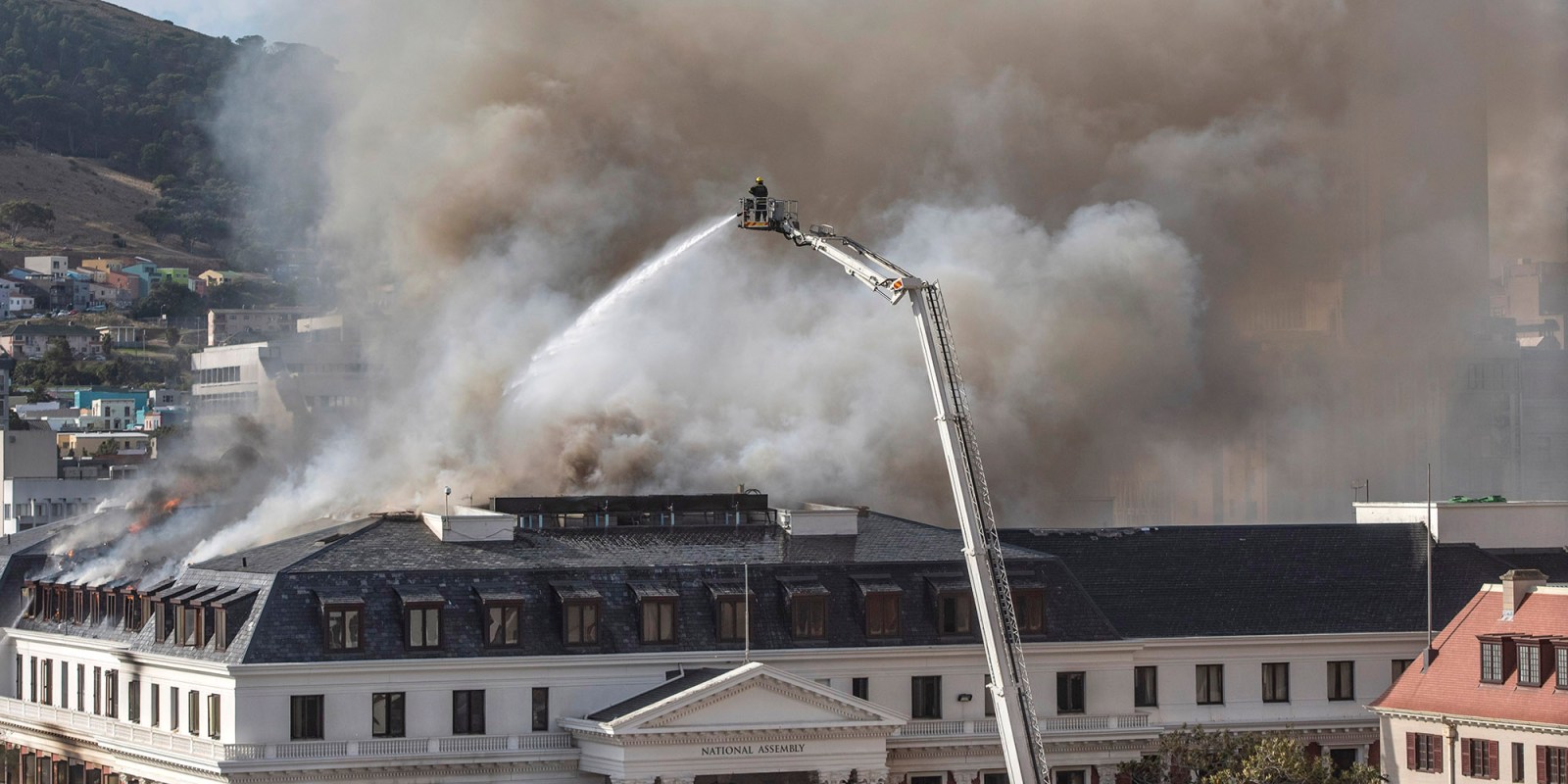 A few weeks after the devastating fire at Parliament, allegedly caused by suspected arsonist Zandile Christmas Mafe, the crime scene has still not been declared safe to enter.

The forensic investigation, led by the Hawks, into the 2 January fire at Parliament has not been able to commence because the crime scene has not yet been declared safe for investigators to enter.

The delay means that the State cannot finalise its indictment against alleged arsonist Zandile Christmas Mafe (49). The State contends that Mafe is behind the fire that caused widespread damage to the Old National Assembly and New National Assembly buildings. The State claims it has a prima facie case against Mafe.

Mafe is charged with housebreaking with intent to commit terrorism and arson, terrorism, arson and theft. During his previous appearance in the Cape Town Magistrates’ Court a week ago, the prosecutor, advocate Mervyn Menigo, told the court: “Our investigation team is waiting for structural engineers to inform them that the New National Assembly building of Parliament is safe for them to move and start their investigation.”

Because of this, the court granted the State a six-week reprieve to allow for its investigation to be finalised.

The CDC’s appointment on 13 February follows a recommendation from the Department of Public Works and Infrastructure’s (DPWI’s) Bid Evaluation Committee, which worked in close consultation with the National Treasury.

In addition, there were major cracks in the walls on the second and third floors and the team advised that the New National Assembly building was unsafe and should be cordoned off and closed.

The DPWI then activated steps for the procurement of an independent specialist engineering team to conduct further detailed assessments and testing of material strength.

De Lille said: “Following DPWI Engineers Services’ recommendation that specialised structural engineering assessment work be undertaken in order for the buildings to be made safe for access, a scope of works was generated from the DPWI’s Engineers Services team for this work.”

The CDC is now required to provide an assessment of the fire-damaged buildings in the parliamentary precinct, provide professional advice on the safety of the structures and provide measures to temporarily make the structure safe to allow the investigations to proceed unhindered.

Outside the perimeters of the actual crime scene, investigators still need to finalise their analysis of Mafe’s cellphone to determine whether there were more people involved.

“Certain leads have come up that need to be followed. A final, detailed report on the video footage is still outstanding and analysis of his clothing still needs to be finalised to determine whether there were any accelerants,” Menigo explained.

The video footage in question allegedly depicts the entire process of how the precinct was torched. During Mafe’s bail application on 29 January in the Cape Town Magistrates’ Court, presiding magistrate Michelle Adams ruled that the footage could not be shown during the bail application. However, the State will use the footage in the trial once it has been authenticated.

Mafe will return to the Cape Town Magistrates’ Court on Friday, 25 March. DM/MC