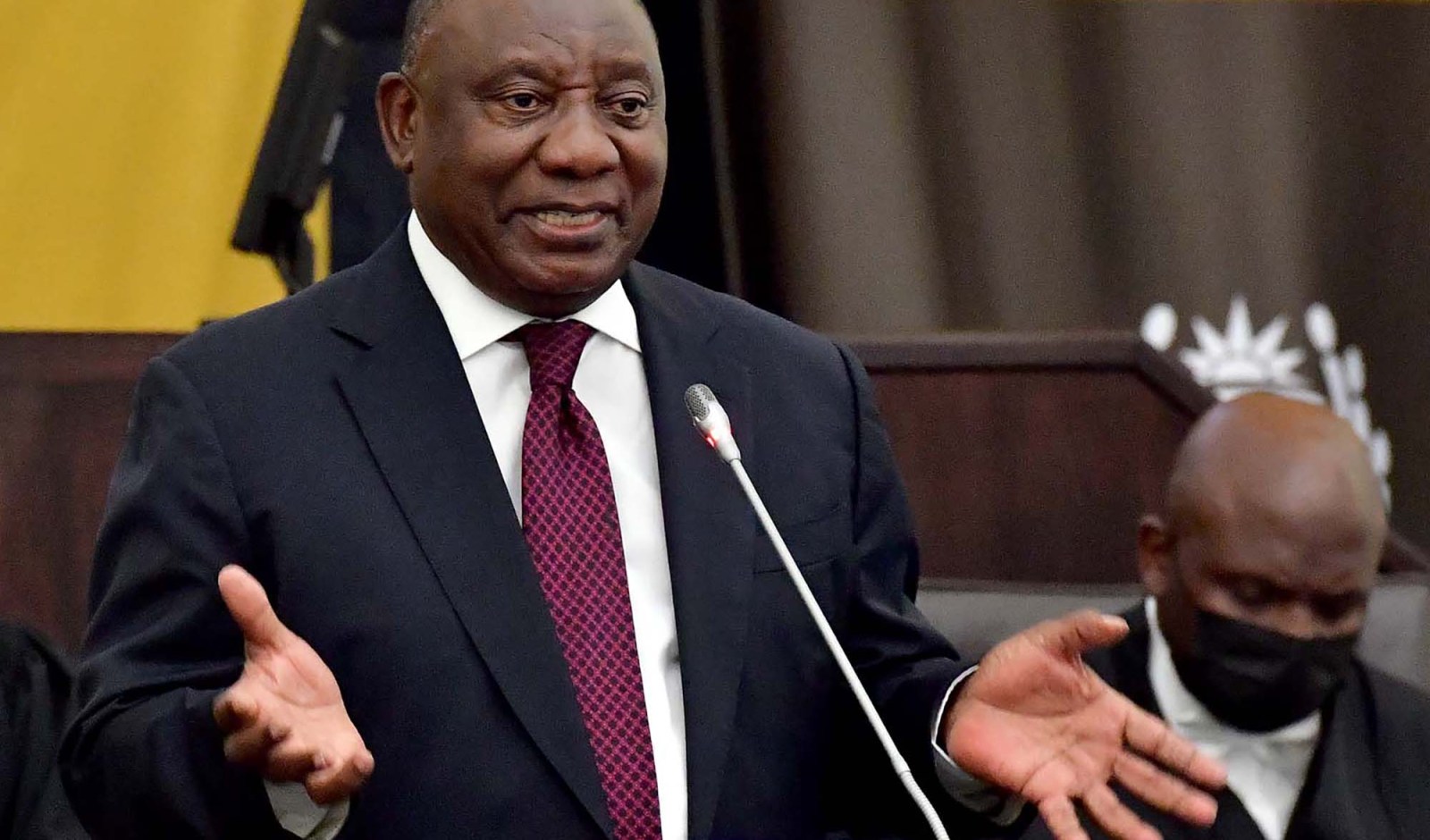 South Africa was ready to play a role after being approached for its stance that only negotiations would resolve the ‘conflict’ in Ukraine, President Cyril Ramaphosa told MPs in an apparent effort to downplay criticism of his administration’s stance of neutrality.

“We are a small economic country. We never want to pretend that we have the great influence that many other countries have. But we are being approached. We are ready to play a role.”

In Thursday’s question session in the House, President Cyril Ramaphosa referred to Russia’s invasion of Ukraine more than three weeks ago as “conflict” – and twice told MPs how he had heard from Russia’s President Vladimir Putin himself about ongoing negotiations.

“We want to focus on the positive outcome of those negotiation and mediation efforts,” the President said, adding that “screaming and shouting” would not resolve anything.

“We’re also speaking to a number of other world leaders. And only last night as I was addressing a dinner I got the message that two other heads of state also want to talk to South Africa so that the position we have taken can be taken forward. And some  are even approaching us on a role that we can play…”

In a nostalgic moment, Ramaphosa recalled how over two decades he, as South Africa’s representative, together with the former Finnish president Martti Ahtisaari, mediated the conflict in Northern Ireland.

And the President stayed on message regardless of MPs’ follow-up questions which, unlike the original answer, cannot be scripted.

“I got it from no other than the President of Russia, who said negotiations are ongoing and they are showing progress,” Ramaphosa said in reference to his call with Putin which the Presidency tweeted about.

While South Africa was ready to step up, one of the people still on the presidential to-call list is Ukrainian President Volodymyr Zelensky.

“Our President is called upon to engage in peaceful negotiations… President Cyril Ramaphosa will speak to the President of Ukraine when he avails himself to speak,” said Zulu then.

“In this particular case, I can assure you that President Cyril Ramaphosa will speak to both sides to make sure both sides are brought to the table.”

On Thursday, Ramaphosa told MPs that leading scholars and politicians shared South Africa’s analysis that: “The war could have been avoided if Nato had heeded the warnings from amongst its own leader and officials over the years that its eastward expansion would lead to greater, not less instability in the regions.”

And it had to be recognised how “coercive measures like sanctions outside the legal prescripts of the United Nations may serve to prolong the conflict”.

Arguing the conflict in Ukraine showed the need for a different multilateral approach to peace and security, Ramaphosa segued into renewed calls for a reform of the United Nations. This is a position of the African Union, and one the governing ANC has endorsed in the resolutions of past national conferences.

“That a continent of 1.3 billion people does not have a significant voice in the United Nations Security Council is something of great concern for the citizens of this continent,” said Ramaphosa with reference to Africa – and to underscore how “the realities of [the] prevailing global landscape” are not reflected in the council’s composition.

“There is a need for the UN Security Council to be overhauled so that there is equitable representation and a more inclusive mechanism for resolving international disputes.”

Turning to domestic matters, Ramaphosa faced off with DA leader John Steenhuisen, who at one stage hauled foodstuffs, including a tin of pilchards, from a plastic bag to highlight the impact of runaway food prices, asking what the government would do about this.

“As a compassionate government, we will find a way of addressing this,” replied Ramaphosa, who later emphasised his administration’s responsible approach to ending the now two-year-old Covid-19 National State of Disaster.

Regulations published on Tuesday under the National Health Act seem to entrench the extraordinary State of Disaster ministerial powers in ordinary law.

“[T]here are certain measures we will need to keep… to enable us to have the wherewithal to keep, if you like, tabs on the pandemic. The pandemic is still with us,” the President told the leader of the DA, which is going to court over the National State of Disaster’s extension.

On the upside, some form of consultative process toward the appointment of a new SA Police Service national commissioner is set to take place.

This emerged after Freedom Front Plus leader Pieter Groenewald pointed out the National Development Plan (NDP) set down a competitive selection process headed by an independent panel appointed by the President. Ramaphosa had been deputy chairperson of the National Planning Commission, which drafted the NDP, South Africa’s blueprint to eliminate poverty and reduce inequality by 2030.

Such consultative processes most recently were opened up for the Chief Justice, while the 2018 public interviews for the prosecutions’ boss were unprecedented.

However, the Constitution rests the power to make these appointments with the President. A power Ramaphosa reiterated under opposition MPs’ questions.

On Thursday, it seemed that no matter what the question, the President was going to talk up South Africa and his administration – even if it meant not actually answering any direct questions, like Steenhuisen’s on whether he’d drop the taxes on petrol to bring down the prices and cushion South Africans.

It all went a bit off in response to EFF leader Julius Malema’s question whether it was Police Minister Bheki Cele’s support in KwaZulu-Natal – one of the two largest ANC provinces in an ANC elective year – that made the President too scared to sack him.

“Honourable Malema, I heard what you have said, but I fear fokol,” said Ramaphosa, seemingly borrowing from Transport Minister Fikile Mbalula, aka the self-proclaimed “Mr Fear Fokol”.

The ANC side of the House applauded. That unparliamentary language remained unchallenged – the ANC later objected to “useless” used to describe Cele – until United Democratic Movement (UDM) Chief Whip Nqabayomzi Kwankwa raised a point of order.

National Assembly Speaker Nosiviwe Mapisa-Nqakula said she’d consult, but the President stepped up, saying that as soon as he had said that word he realised he should not have done so.

“Cancel that word and maybe say niks [nothing],” said Ramaphosa, asking the Speaker, “You want me to say I withdraw fokol?”

An attack of the giggles from the President and the Speaker ended this particular moment in the three-hour Q&A session. And the President marched on.

It’s all eyes on his tweet about the call with  Zelensky. DM