Et tu Cyril? Your Russian petticoat has been exposed Et...

Et tu Cyril? Your Russian petticoat has been exposed 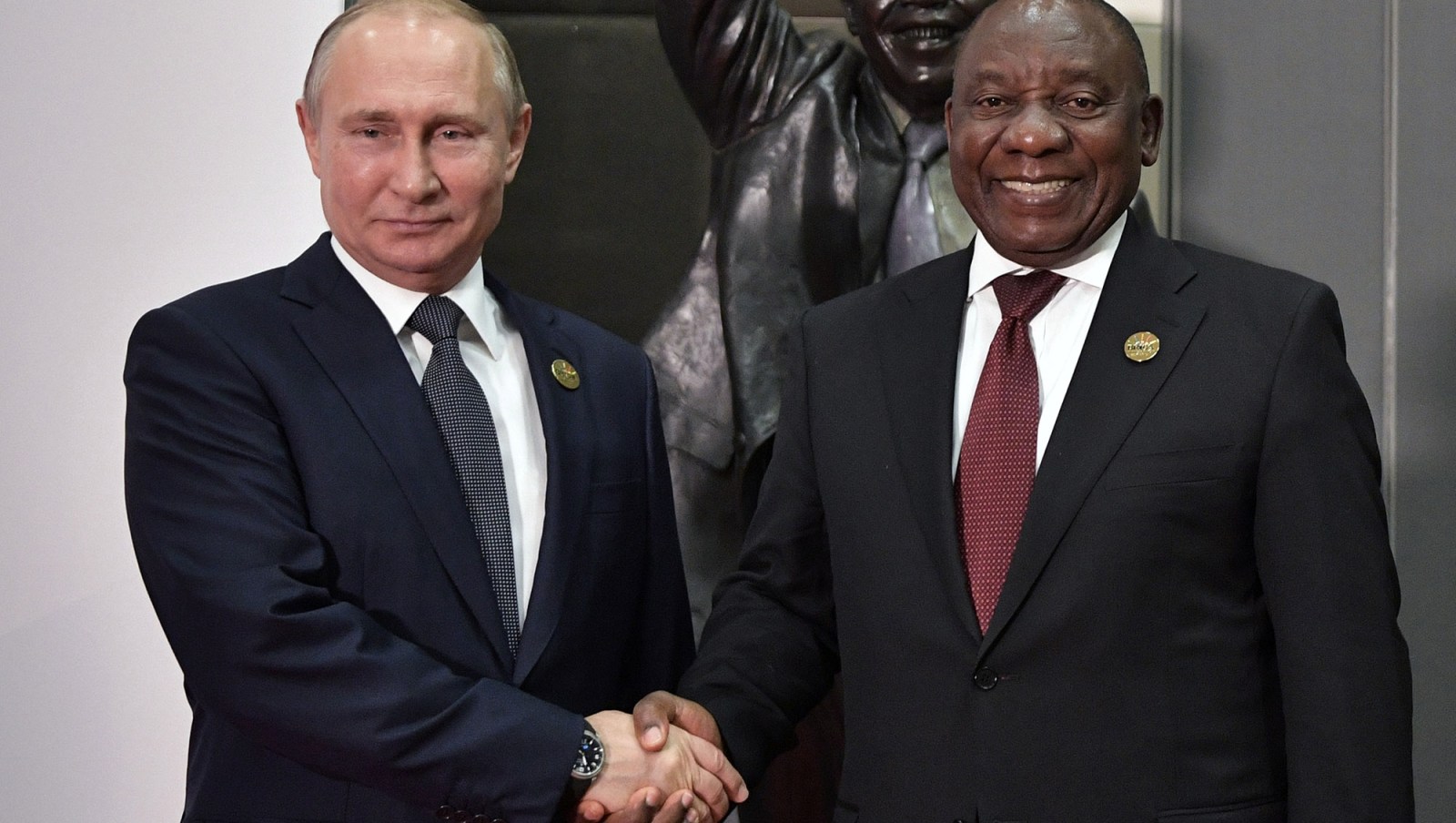 The kindest interpretation of its foreign policy is that the ANC is misguided and useless, an echo chamber of radical slogans and posturing of the 1960s, girding up only to tilt at ideological windmills, rather than to encourage the investment and skills that will fix services, create jobs and build a better South Africa.

On Thursday, in South Africa’s Parliament, President Cyril Ramaphosa blamed Nato for the war in Ukraine. Saying he would resist calls to condemn Russia, he stated: “The war could have been avoided if Nato had heeded the warnings from amongst its own leaders and officials over the years that its eastward expansion would lead to greater, not less, instability in the region.”

It may be useful to consider various explanations for Ramaphosa’s commitment to the Russian version of events, despite Moscow’s invasion of Ukraine (and not the other way around) and South Africa’s rhetorical support for territorial integrity and political independence as per its commitment to the articles of the UN Charter.

1. South Africa wants to maintain its neutrality to be able to mediate.

Ramaphosa said as much last week when explaining that South Africa had been asked to mediate, though not saying by whom. This, he said, demanded not criticising either side since, “Screaming and shouting is not going to bring an end to this conflict.”

But has it not occurred to Ramaphosa that “screaming and shouting” at Nato may rob him of his desired mediation role by exposing his Russian petticoat? In any event, this reasoning flies in the face of two realities: South Africa’s abysmal record since 1994 in solving conflicts elsewhere and its inability to take a moral stand on human rights transgressions. In Zimbabwe, for example, it has equivocated to the point of embarrassment, unable to criticise Zanu-PF let alone scream and shout.

The ambassador of Ukraine to SA, the redoubtable Liubov Abravitova, said she passed on the message from Ramaphosa that he wanted to talk to his Ukrainian counterpart about “issues of mutual interest. I answered that I passed the message, but also said that my President together with Nato leaders are busy trying to save South Africans from hunger. Russia,” she added, “is intentionally destroying the agricultural system of Ukraine” from which South Africa imported substantial volumes of cereal. Touché. But it reminds us that successful mediation requires a perception of even-handedness and equal pressure, at least, on all warring parties, a lesson from South Africa that the ANC appears to have forgotten.

2. The ANC owes Russia for its historical support.

Unquestionably, Russia supported the ANC with military means and training. But so did the West and especially the Scandinavians — currently right in the frontline — with an even more valuable commodity, money. Moreover, Russia today is not the Soviet Union of yesterday when Ukraine was also among those which provided significant materiel and training to the ANC.

This may be warmer, but again, what does this say about the present inclination of the ANC, that it is ideologically inclined towards the contemporary Russian model, of an oligarchic authoritarian democracy? There are wannabe oligarchs within the ANC who have tried to turn South Africa into a hollowed-out democracy, so this is actually a real possibility. But it’s a childish junior common-room tactic to divert conversations and deflect responsibilities by spouting polemic in riposte about global imperialism in the battle against progressive forces.

4. South Africa is fearful of the economic costs of the conflict.

That may be so, but we should have thought about that earlier. And this could get much worse since, if anything, moral equivocation is only going to make the country a more difficult destination to sell.

5. Elements of the ANC are captured.

It takes no Soyuz pilot to be aware of the ANC’s financial interests and struggles, and the predilection of its leadership with nuclear and other get rich quick transactions.

The Deputy President, David Mabuza recently spent an astonishing amount of time on a visit to Russia that has not been fully explained.  The kindest defence is the same-old, same-old story that Ramaphosa is the best we have, and that he is standing in the way of these elements. But what then does he stand for? The ANC may already be a wholly-owned subsidiary of Putin Inc.

6. Ramaphosa is defending his left flank.

The ANC appears unable to hold its position when challengers make ground using populist rhetoric. When the EFF made ground on land, the ANC suddenly pivoted to expropriation without compensation. When Herman Mashaba’s ActionSA and a coterie of other populists recently made ground on anti-foreigner rhetoric, the ANC suddenly pivoted away from its long-held African solidarity to clamp down on foreigners. Perhaps Ramaphosa fears that he will be seen as a Western lackey if he stands up to Russian aggression.

Read in Daily Maverick: South Africa’s Ukraine failure is an international tragedy that doubles as a constitutional calamity

It’s all a far cry from Mandela’s commitment in 1993 that “Human rights would be the light that guides South Africa’s foreign affairs” in a democratic regime. But Ramaphosa’s observations are true to ANC form. Race and liberation politics along with a dollop of ideology have routinely trumped human rights.

This is nothing new, of course, since it was as schtum on Cold War human rights transgressions by the Soviets and the Cubans, among its allies, as it was critical of the West. The ANC never, for example, denounced the Soviet interventions in Hungary in 1956 and Czechoslovakia in 1968, or the repressions across Poland in the 1980s, or the absence of democracy in Cuba.

The kindest interpretation of its foreign policy is that the ANC is misguided and useless, an echo chamber of radical slogans and posturing of the 1960s, girding up only to tilt at ideological windmills, rather than to encourage the investment and skills that will fix services, create jobs and build a better South Africa.

The less kind version is that it is a party of self-interest and sleaze with a moral standing to match. Its stance on Ukraine may just be the moment this reality was exposed to the world. DM

The authors are with The Brenthurst Foundation. www.thebrenthurstfoundation.org