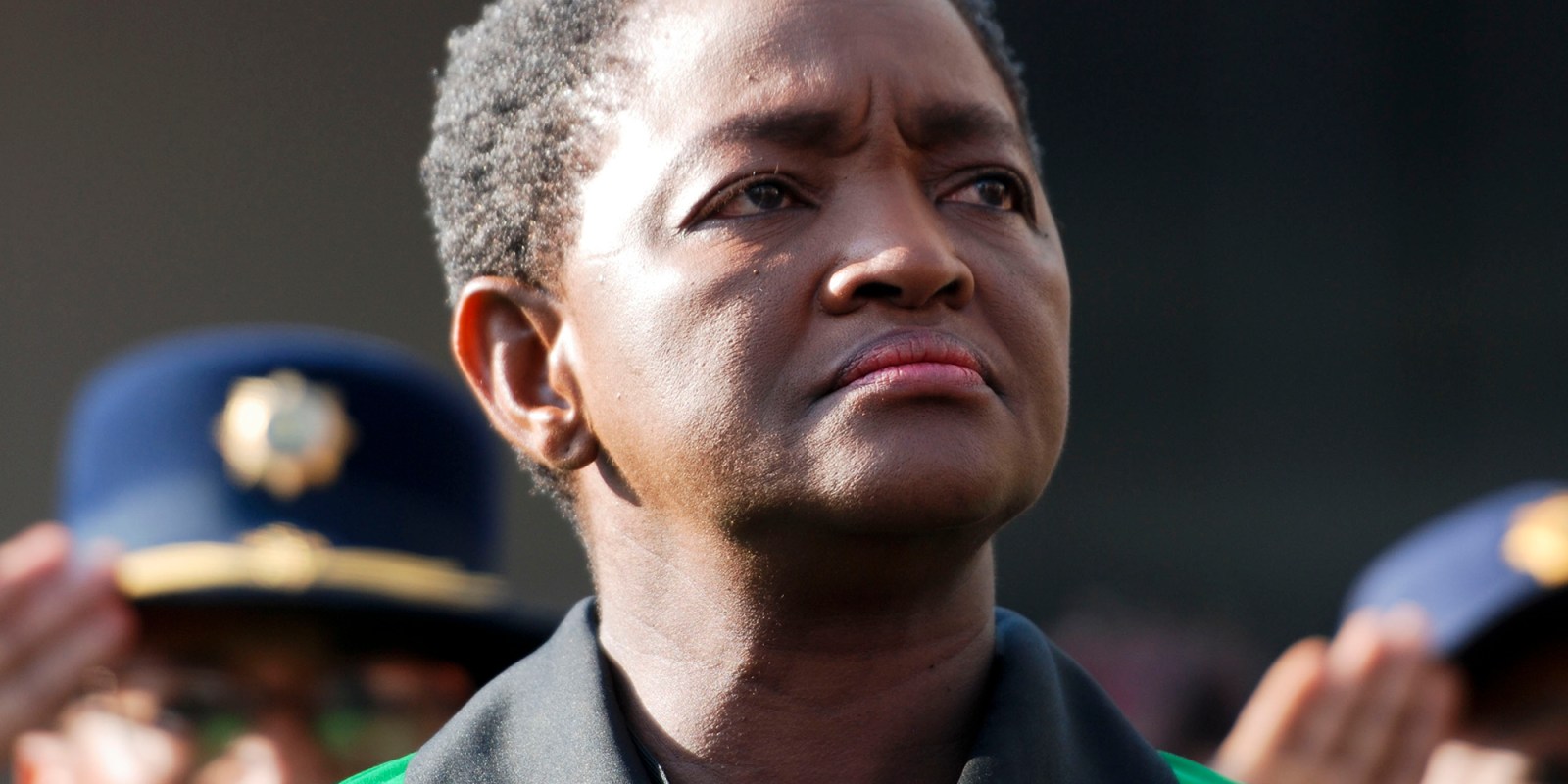 ANC Women’s League president Bathabile Dlamini could forfeit her R70,000-a-month position should the league go the way most of the ANC’s other structures have gone of late.

Two National Working Committee (NWC) members – Defence Minister Thandi Modise and Sport, Arts and Culture Minister Nathi Mthethwa – assisted by Jenny Schreiner, have been appointed “to consider the status of the ANCWL and to make recommendations to the NEC in this regard”.

Schreiner is a SA Communist Party Central Committee member and is also part of the preparatory committee appointed to take the disbanded Umkhonto weSizwe Military Veterans’ Association (MKMVA) to an elective conference – which was scheduled for next week.

Dlamini was convicted of perjury last week but gave no indication that she would consider stepping aside, as she was not charged with corruption. She is due to be sentenced on April Fool’s Day.

The State has already indicated that she should serve her sentence in prison so that it could be an example to possible future transgressors. It was during her perjury trial that Dlamini said that her salary as ANCWL president is R70,000 per month, while she also receives a pension from Parliament of R40,000 a month.

The ANCWL conference is already two years overdue after the Covid-19 lockdown in 2020 prevented it from convening after the term of the current leadership came to an end.

Gwen Ramokgopa, whose appointment as reinforcement in the secretary-general’s office was confirmed by the ANC NWC on Wednesday, told 702’s Tshidi Madia this week that processes were under way with regards to Dlamini’s conviction.

“Sometimes the ANC’s processes are slow, but rest assured that processes have begun and are under way.”

Ramokgopa said suspended Secretary-General Ace Magashule had also asked for time, to consult with former president Thabo Mbeki regarding stepping down, after he was charged with corruption, but he had to be suspended in the end.

“It’s really sad to have one of your own go through this process and it’s important that it be done properly,” she told 702.

We’ve got the power: Government hangs on State of Disaster to keep control

Dlamini is a staunch detractor of President Cyril Ramaphosa. The league has been showing support for Tourism Minister Lindiwe Sisulu, who is planning to challenge Ramaphosa for the ANC presidency at the party’s national conference in December.

Of the four leagues, the only one that still has its elected leadership is the ANC Veterans’ League, which has been supportive of Ramaphosa. The ANC Youth League was disbanded in 2018 after its leadership failed to have an elective conference when its term ended, while the MKMVA was disbanded by the NEC early in July last year, shortly before violent riots and looting broke out in KwaZulu-Natal and Gauteng, leaving more than 350 people dead.

ANC Deputy Secretary-General Jessie Duarte said at the time that this was part of the ANC’s efforts to clean its structures and to ensure that those who belong to the organisation are indeed military veterans.

A vetting process conducted by the Presidential Task Team on Military Veterans, headed by Deputy President David Mabuza, recently found that the association’s former spokesperson, Carl Niehaus, neither received military training nor served as an MK soldier. Niehaus, who also goes under the title of “ambassador” following his appointment as such in 1996, disputed this and in his letter of complaint to the task team wrote:

“It is a well-established fact, of widely reported public record, that I have, nonetheless as a young operative, who was 23 years old by the time when I was arrested, carried out the tasks that I was given, with commitment and diligence, under very difficult circumstances.”

The NWC in its statement also said that all provinces except for the Northern Cape have to go to their provincial elective conferences this year, while 34 out of 52 regions have to do so. Branch meetings in the party’s 4,400 branches are currently ongoing, the NWC said. DM