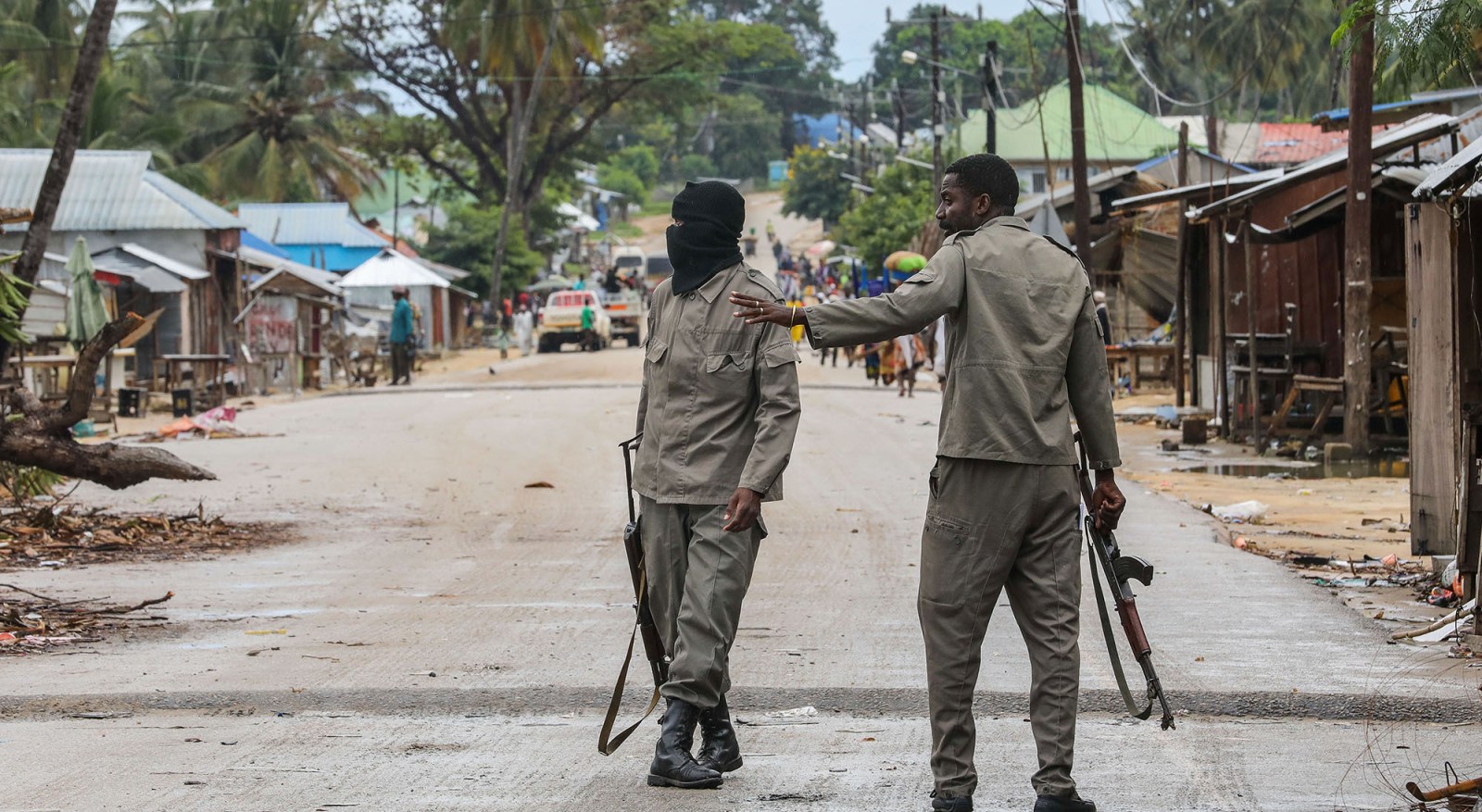 ‘We are talking, not just to the Americans, but also other international bodies like Interpol are working with our guys. It’s enough to say so for now,’ the minister of police asserted.

The Hawks are investigating four alleged funders of Mozambican and other Isis insurgents based in South Africa and named by the US Treasury, Police Minister Bheki Cele has confirmed.

Interpol also became involved in the case, Cele said, but remained tight-lipped about the details.

“We are talking, not just to the Americans, but also other international bodies like Interpol are working with our guys. It’s enough to say so for now. [These men] are of interest, but we will keep it at that level,” he said.

Cele was speaking on the sidelines of the South Africa-Mozambique Bi-National Commission, on Thursday, ahead of a working visit by Mozambican President Filipe Nyusi to President Cyril Ramaphosa. Transborder crimes like car hijackings, kidnappings and drug smuggling were on the agenda, as well as trade, economic cooperation and efforts to contain the insurgency in Mozambique’s northern Cabo Delgado province.

The South African National Defence Force makes up most of the Southern African Development Community (SADC) intervention force that was sent there in July. The force’s mandate was recently extended to mid-April.

Long-term solutions to the situation were also discussed during the meeting, including development and humanitarian assistance. Cele said the police had done well on cracking kidnapping syndicates since a special task team was appointed in October to investigate the kidnapping of the Moti brothers.

He said police were on track to finding the kidnappers of the 69-year-old Parow businessman who disappeared this week.

“We will crack that one very soon,” he said. “We are not taking very long to crack these cases.”

Kidnapping is one of the ways the alleged funders of the insurgency in Cabo Delgado have been using to raise money, and Cele confirmed that terrorism is one illegal activity the money goes to.

International Relations Minister Naledi Pandor said at the opening of the meeting with her Mozambican counterpart, Verónica Macamo Dhlovo, held at the department’s headquarters in Pretoria, that “insecurity, violent extremism and acts of terror” were among the battles of the region. “We are grateful that SADC countries continue to be active against the insurgency in Cabo Delgado,” she said.

Pandor pointed out that it was the first meeting of its kind between the two countries since 2017, but meetings had been somewhat more frequent at the heads of state level. Ramaphosa paid a working visit to Nyusi in the first week of February.

The US Treasury, in a surprise announcement on 1 March, said it would sanction Farhad Hoomer, Siraj Miller, and Abdella Hussein Abadigga (an Ethiopian) for “playing an increasingly central role in facilitating the transfer of funds from the top of the Isis hierarchy to branches across Africa” or serving as leaders of Isis cells in South Africa.

Peter Charles Mbaga, a Tanzanian national, was alleged by the Americans to have helped transfer funds and equipment from South Africa to Isis-Mozambique and sought to procure weapons from Mozambique.

In a joint statement two days after the US Treasury’s, Finance Minister Enoch Godongwana and Justice Minister Ronald Lamola noted the sanctions and said “the relevant South African authorities are investigating this matter” and were in touch with their US counterparts.

They said: “We remain committed to fighting terrorism in all its forms and manifestations and will not allow our territory to be used to fund terrorism in other countries.”

South Africa’s high commissioner to Mozambique, Siphiwe Nyanda, fresh from a visit to the north with other SADC ambassadors, said the intervention forces were deployed in different parts “and all of them are carrying out operations”.

He said their aim was to “degrade the capabilities of the rebels”. The Rwandan Defence Force was deployed a few weeks before the SADC forces and it dispersed the insurgents from the liquefied natural gas plant near Palma which it is now helping to safeguard. Nyanda said the difficult part of fighting the dispersed forces was left to SADC, but added that the troops there “are doing very well”.

The presence of the Rwandan troops caused friction with some SADC countries and there are reports that the deployments are not well coordinated on a political level.

It is also likely that the conflict in Ukraine was discussed, since Pretoria and Maputo cooperate on diplomatic and strategic matters.

Both countries abstained during a United Nations General Assembly vote last week on a resolution condemning Russia’s aggression in Ukraine, while a large majority of countries — 141 — voted in favour of the resolution.

Pandor said: “The conflict that is under way in the Ukraine-Russia region of the world” was of concern to both countries, “and if there is any manner in which we could make a commitment to finding peace between these two countries, I’m sure Mozambique and South Africa will make every effort to play a constructive and positive role”.

Trade between the two countries is dominated by mineral products. South Africa’s exports to Mozambique in 2021 totalled R64-billion, which is an increase from the pre-Covid 2019 figure of R52-billion. DM